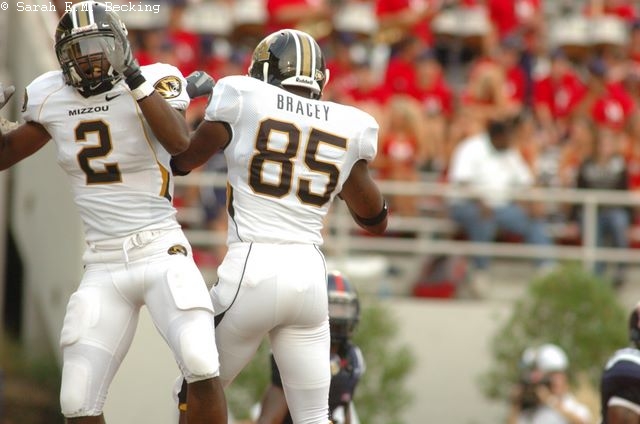 Dave Matter checks in on Will Franklin, who should pretty easily become the Chiefs' #2 receiver this year (pretty sure he's capable of catching more than the 20 passes Devard Darling nabbed last season).

Meanwhile, the Post-Dispatch takes a look at next year's likely Mizzou draftees.  I refuse to acknowledge that this year may be our last with Maclin and Weatherspoon, so don't even say it.

In it, Gabe addresses a rather interesting question--who constitutes the All-Pinkel Team?  I wholly endorse the Zack Abron pick (though obviously "Laurence Maroney" would have been a lovely answer).  Here would be my picks:

I didn't necessarily go with the single best at each position there...any disagreements?

Finally...did you receive an online questionnaire recently regarding your tailgating habits?  Here's why.