Share All sharing options for: Monday Musings - The Short Version

Well...I suppose I took the bye weekend a little too literally, as I never returned to a computer this past weekend after the epic bye week thread (thanks everyone for hanging out).  So...being that I am at work already and not going to hit my normal 8:00 a.m. deadline, we are going to go with the short, short version (ala the marriage at the end of Spaceballs).  Off we go...

In short, they did what they needed to do this past week.  Tech has always been the low-end of the volleyball totem pole in the Big XII, but you have to win that game.  Mizzou went down there and played the best they had all season.  Tech did not hit TOO bad, coming in at a .183 clip, but Mizzou was over .333333333333333 for the match and came away with the sweep.  Wendy Wang had 11 kills and just one error, while Caitlyn Vann added another 17 digs.

On Saturday, Mizzou stepped out of conference one last time to host SIU-C and came away with another sweep, including a ridiculous 25-8 in the first set.  Julianna Klein was the big hitter for the Tigers with 11 kills as the team hit .310 and only had nine hitting errors.  This moved the ladies back over .500 on the year at 7-6 and 1-2 now in conference.  They will stay home on Wednesday night and look to get over .500 in conference against Iowa State who is 1-3/9-6.  This weekend, they head to College Station to take on an Ags team who is 1-3/6-8.  Needless to say, with those records, these are games you need to win to right your ship and get you moving back towards the NCAA's.

Oh so close to the weekend road sweep I was hoping the Tigers would earn.  Friday night, the ladies made quick work of the Cyclones, as they won 3-0.  Kristen Andrighetto seems to be rounding back into form, notching two goals on the evening in another barrage of shots on net.  Tasha Dittamore had her 4th shutout of the season, and Alysha Bonnick did score the other goal late in the match.  Michelle Collins added two assists.

Sunday brought the ladies to Lincoln, where they took the lead in the 32nd minute on a goal by Mallory Stipetich.  NU would tie it five minutes later, and it would remain that way until Alysha Bonnick scored her second goal of the weekend in the 77th minute.  However, the Tigers could not close out, and NU scored with about three minutes to go to force OT.  The first OT would be scoreless, but the game would end in the 107th minute and the Tigers would fall 3-2.  They are 1-1 in conference, and will return home to take on the 1st place Buffs (who are there because of an early extra game and a weaker schedule) on Friday night.  Sunday will bring a 1-2 Tech team to Como.  As always, weekend sweeps are very important, and one for the now 6-3 Tigers would be lovely.

The teams split up this weekend, with the ladies heading to Chicago and coming back with a solid 2nd place effort.  All five runners placed in the top 30, and it was a young crew, with one senior, three sophomores and one frosh placing.  Kinsey Farren finshed 8th for the Tigers.

The men travelled to the Twin Cities and came in 11th in a tough field.  The team returned more of their normal squad, as senior Garrett Jeffries took a top-20 finish in the deep field.  Sophomore Phillip King was impressive, and junior Dan Hedgecock ran decently as he looks to get back to the NCAA's.

Next up for the teams will be the Pre-National race in Terre Haute, IN in three weekends, their last tune up before Big XII's....darn short season these guys run.

I missed on tennis from a week or so ago...will cover it next week when I have more time.

The second annual Johnie Imes Invitational should be played right about now for the women's golf team...however...I think they will be lucky to get 18 of the planned 36 in today.  18 more planned for tomorrow.  The ladies are defending champs, as is Julia Potter on the individual side. 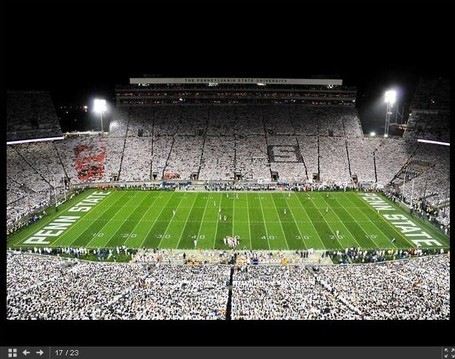 and clearly it does a little for the team.  Good win by the Lions...if that D can come around a little bit more, they could stil be standing there in the middle of November when their season ends :-)