What ensues is a collection of photos from a group trip to Manhattan for the Mizzou/K-State game. The majority of these photos are credited to UribeAuction, although several of them are mine.

Before we get to the good stuff, we must pay tribute to yet another meeting of the Unholy Alliance: 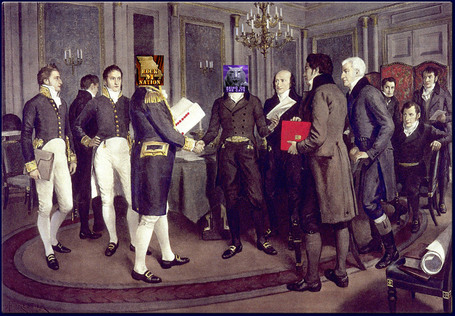 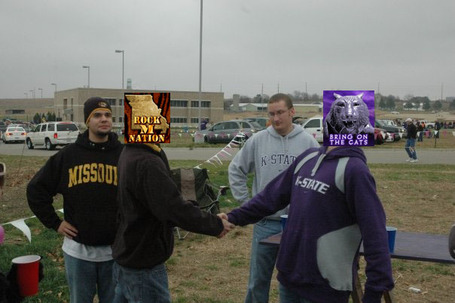 The awesomeness/creepiness of the giant inflatable Wildcat in Aggieville can NOT be adequately described: 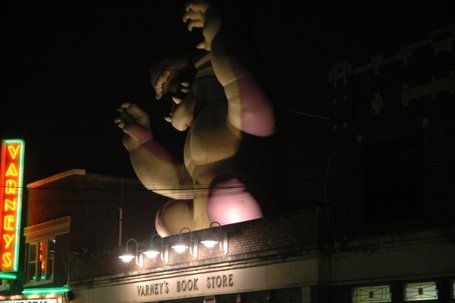 Uribe described this photo, on the right, our boy TB does his best Frank Martin impression in looking pissed off during our stopover at Kite's. 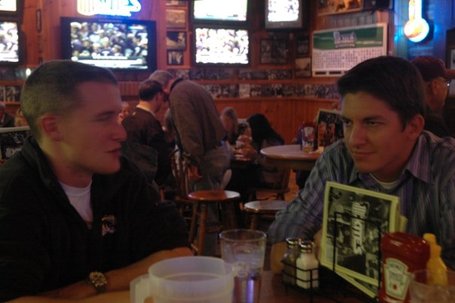 A grey and chilly Saturday morning rolls around, giving us our first chance for the recreation of the Unholy Alliance photo: 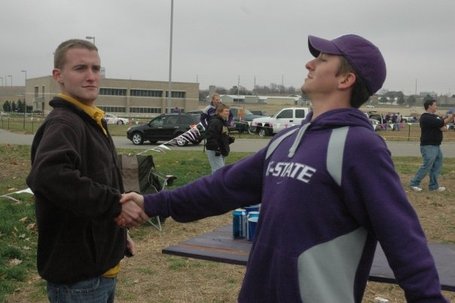 The plastered Missouri fan at our tailgate found these sitting in his car. Needless to say, they remain untouched. 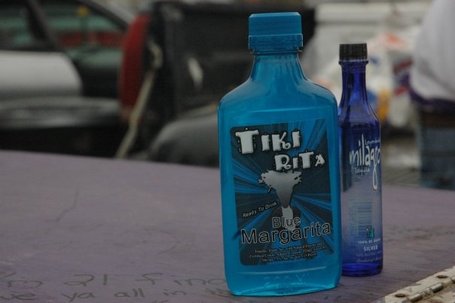 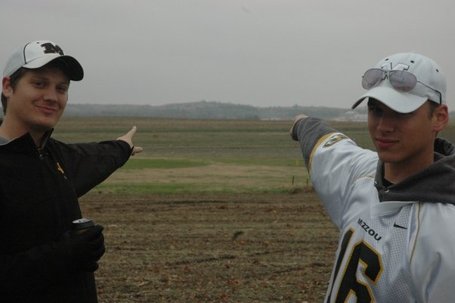 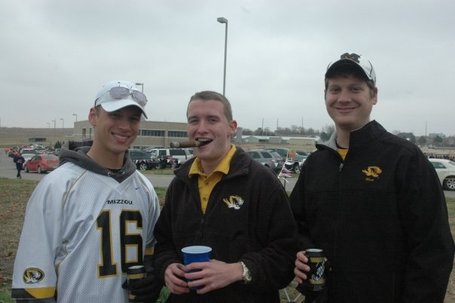 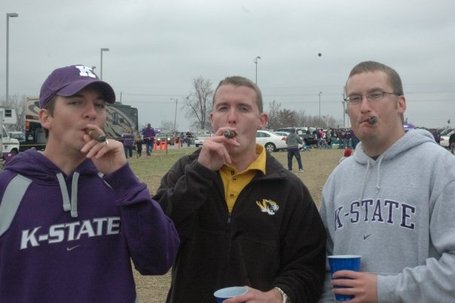 What a bargain - Your drink comes with a cup featuring K-STATE LEGEND JOSH FREEMAN! 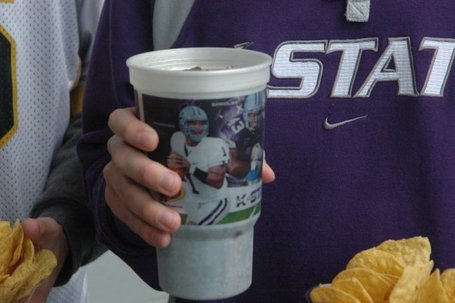 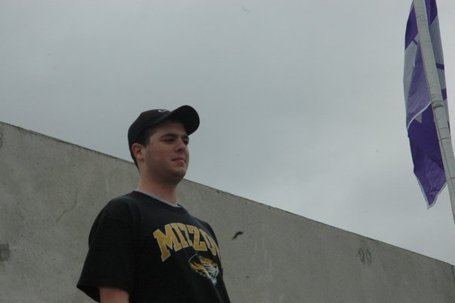 Pictured behind this guy's right arm is Nario in the midst of his second TD reception. 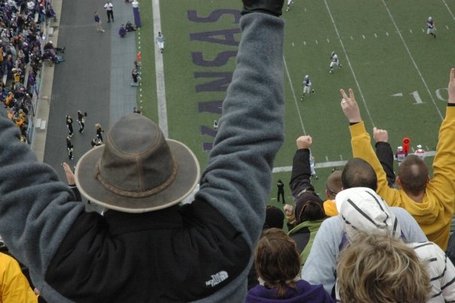 Toward the end of the game, after we'd probably annoyed everyone around us with the fight song, waltz, M-I-S-S-O-U-R-I chant and such throughout the duration of the day. 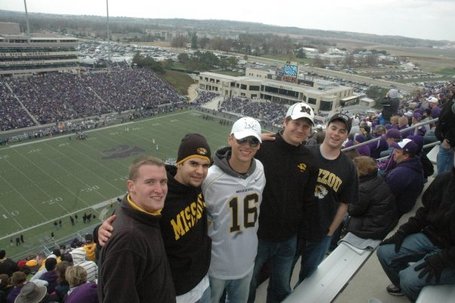 Uribe's new shirt and the official T-shirt of the Unholy Alliance: 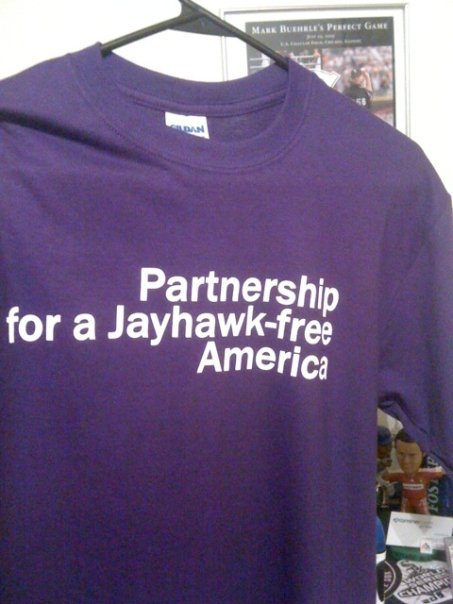