We interrupt our regularly scheduled football posting to remind you that, yes, in fact, Missouri basketball IS back. As part of our ongoing preview series this week, we now take a look at all of the members on Missouri's roster. Today UribeAuction and I (RPT) all share our thoughts on the frontcourt. 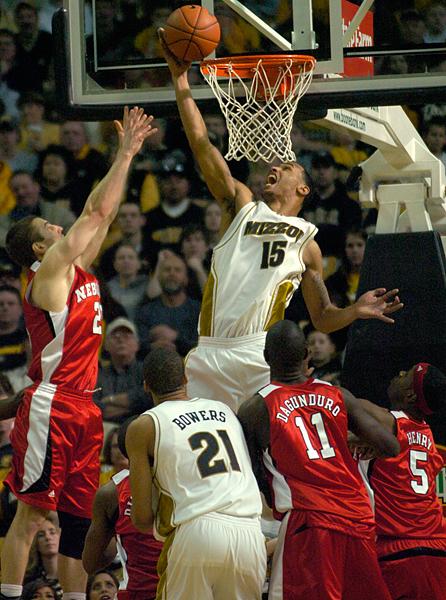 UribeAuction: If I have a complaint about Ramsey, I'd like to see him grab a few more rebounds. That being said, his shot-blocking ability is outstanding and I think he can average double-figures in points so long as he keeps on taking high-percentage attempts from inside the paint. Also, he has a distinct advantage over most big men in the conference in that he, like Missouri's guards, can run you into the ground.
RPT: I think we have an idea of how solid Ramsey is defensively and what kind of entity he is offensively, but I don't think people fully appreciate him athletically. At the team's first practice, Anderson opened with about an hour of conditioning, and while most of the team was fighting (and the two freshman bigs were dying), Ramsey had barely broken a sweat. The guy is in phenomenal shape. That's a fantastic quality to have from someone who will be playing the DeMarre Carroll position on the in-bound. 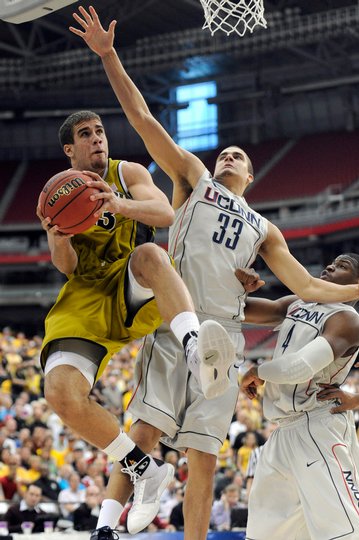 UribeAuction: I'm honestly not sure if Safford will be starting come conference play. CMA has repeatedly said that "this is his time," but I'm not sure Safford has the interior scoring presence to justify starting him over Laurence Bowers once Big 12 play rolls around. I like Safford more in a bench role anyway as a forward who can create some mismatches on the perimeter-but as a starter, I'm not so sure.

RPT: Consider me higher on Laffy Saffy than Uribe is. Although I can't really justify it in any way, I'm starting to get the gut feeling that Safford's late-season surge last year wasn't an aberration. Sure, he's not going to wear people down with his back to the basket, but his outside game and the continued strength of his mid-range/outside jumper will open up a lot of lanes for slicing Missouri guards. Just as importantly, he's turned into a fantastic leader who appears in practice to have really taken responsibility for this team's attitude and work ethic this season. 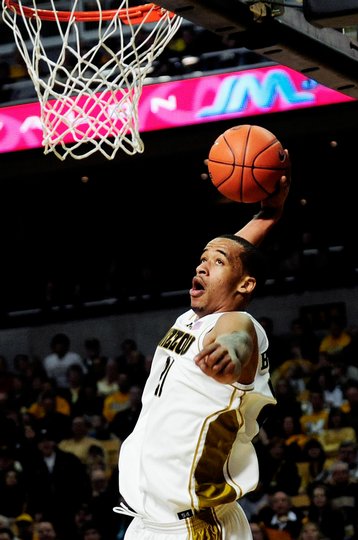 UribeAuction: To reiterate what I just said: I think Bowers surpasses Safford on the depth chart by conference play. He's just too athletic to not at this point-and if he can show some range from 18 feet like he did against Truman State, he's a guy who can get a double-double in the blink of an eye.
RPT: I think Uribe hit it on the head with the sticking point -- If that midrange game gets anywhere near the level where Leo and DeMarre had it last year, I think he'll force Anderson's hand. Truman State was a good sign, but I really want to see him clean some glass in non-conference play to inspire my confidence. 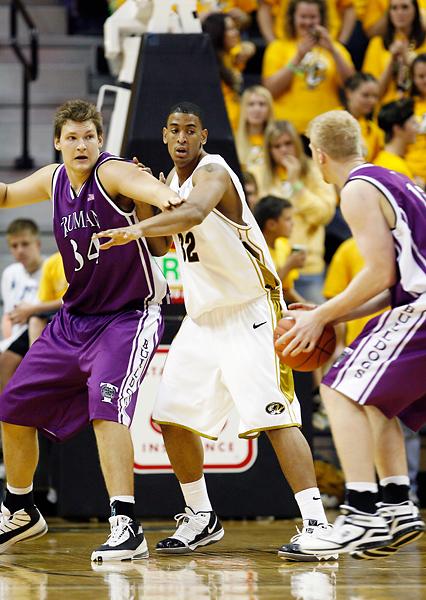 UribeAuction: There's still a ways to go with Moore, but I've already seen some signs of life from his game early on in this season. He's not going to be an offensive scoring threat anytime soon, but I like him as a bench player who can grab a few rebounds and bump people around in the lane. CMA thinks he can be a big part of the team come conference play, and having a big man to play some solid defensive minutes against, say, Dexter Pittman could be huge.

RPT: Big Steve is now just Steve. He's half the man he used to be, which could very well make him twice the player he used to be. It'll be nice for once to have a body to throw into the lane, even if it's not particularly pretty or reliable. The burden of the front court is really on the three players mentioned above, but Missouri's ceiling jumps another few feet if Moore develops into the player we all hope he can be. 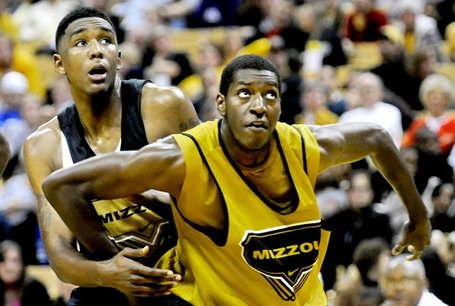 UribeAuction: Stone sometimes looks tentative, but you can see the athletic ability is there. He could match up nicely against smaller teams, but he has a long way to go before he'll contribute against bigger and stronger teams. That being said, he doesn't have to do that this year, so it'll be a great opportunity for him to learn from the rest of the forwards.
RPT: Anything Mizzou gets out of Stone outside of garbage minutes in non-conference would be a huge bonus. I fully expect him to get the same treatment Moore got last season, minus the calorie counter. 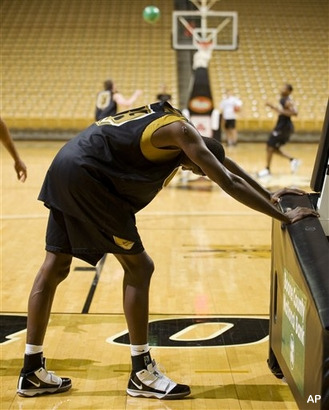 UribeAuction: Underwood's wingspan is truly impressive-I'm pretty sure he could put in a finger roll from halfcourt if he wanted to. He's got Stretch Armstrong length and great athletic ability, and once he puts on some muscle, I can see him being an excellent forward in this system.
RPT: You see that photo? Rinse and repeat. Welcome to the Fastest 40 Minutes, kid. He's got a long way to go to get in Anderson shape, and a lot of meals to eat before he gets out of the L'Damian Washington and Jared Perry Eating Awareness Club™. Dude needs a protein shake, stat. He's the quintessential Anderson forward in terms of his length and defensive prowess, but he's a complete wild card offensively in my eyes.