Mizzou-KSU: Beyond the Box Score

Share All sharing options for: Mizzou-KSU: Beyond the Box Score 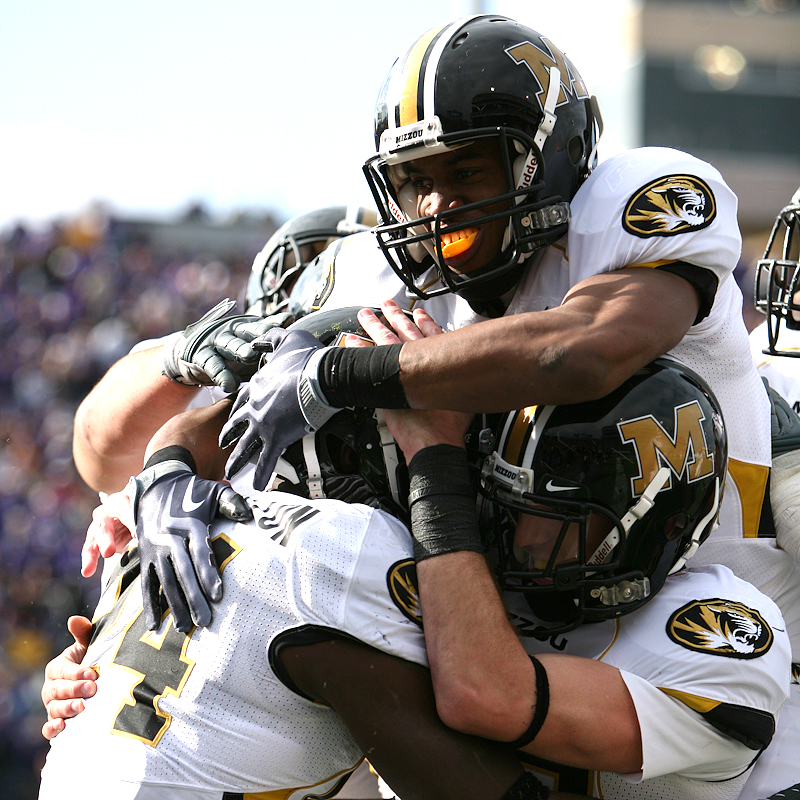 As always, it is much more fun to analyze a win, isn't it?

"This Team Can't Score in the Second Half"

Football's the funniest sport to analyze because we are dealing with such laughably small sample sizes.  Take any team from the NBA (or Major League Baseball).  With a 12-game sample I could show you a squad that is great in the first half, or terrible in the second half, or terrible on the boards, or great shooting.  Then, with a different 12-game sample, I should show you a team that is terrible in the first half, great in the second half, great on the boards, or terrible shooting.  Figuring out what is true and what is within the margin of error is a crap shoot when the margin of error is gigantic.

(Major disclaimer: I half-mock the "halftime adjustments" meme, but I don't want to pretend that there wasn't something going on to send the team into a second-half funk.  Gary Pinkel was worried enough about it that he brought in Lorenzo Williams to give a Thursday pep talk and let Sean Weatherspoon do all the talking at halftime in Manhattan.  He knew something needed to be done, and he deserves to be commended for trying to address the issue.  Did those pep talks have anything to do with the team's better performance?  Possibly, possibly not.  We obviously don't really know, but it certainly didn't hurt, huh?)

So now that we're done with five-sixths of the season, we can see the true narrative for this offense: 1) they've got a sophomore quarterback whose pocket presence is improving by the week, but still has plenty to learn, 2) they've got an All-American caliber receiver who can score from any point on the field at any time, and 3) they are LOADED with youth, and therefore maddeningly inconsistent.  Blaine Gabbert?  Sophomore.  Derrick Washington, De'Vion Moore, and Kendial Lawrence?  Junior, sophomore, true freshman.  Wes Kemp, Jerrell Jackson, and (yes) Andrew Jones?  Sophomore, sophomore, sophomore.  Elvis Fisher, Austin Wuebbels, and Dan Hoch?  Sophomore, sophomore, sophomore.  Heading into this season, Missouri's offense had about roughly 101 career starts (Kurtis Gregory 28, Jared Perry 20ish, Derrick Washington 14, Tim Barnes 14, Elvis Fisher 14, Danario Alexander 11, and I may be forgetting some here and there).  Now?  211 career starts.  They will lose Alexander, Gregory, and Perry ... and that's it.  Yes, we're leaning heavily on Danario right now, and justifiably so, but it's amazing what experience can do.  For no single reason, you just become more consistent (and your offensive coordinator becomes a lot smarter) over time with this little turnover.

What does this mean for the rest of the season?  Who the hell knows?  With three games now remaining, odds are in favor of at least one more stinker and at least one more explosion.  Figuring out the games in which those will happen is impossible.

KSU will continue to use Daniel Thomas to pound away at opponents until they absolutely have to pass.  If Missouri holds Thomas to what they've been holding other opponents, Kansas State will really struggle to move the ball.  As I said, Brandon Banks has been inconsistent in the passing game, and they don't have another go-to passing weapon.  If the Wildcats can't run the ball, they will face a lot of passing downs; and if they face a lot of passing downs, guys like Aldon Smith are going to have another huge day, and Mizzou will likely win.

Against the run or pass, KSU's defense has been below average in terms of defense on standard downs (i.e. first downs, 2nd-and-6 or less, 3rd-and-4 or less).  As you would expect from a Bill Snyder team, they take advantage of mistakes, but if Missouri can generate consistent yardage on standard downs, run or pass, then they should be able to move the ball rather well.  This goes for any game, but especially one that includes a Missouri offense that is talented and fast, but young and lacking confidence.

Quite simply, if KSU makes a big offensive play or scores an easy touchdown, the odds are good that Banks was behind it.  Granted, he has only one receiving touchdown on the year (how does that happen??), but he is quick and fast, a lot like Baylor's Kendall Wright, only faster and smaller.  If KSU is able to get him in the open field, then this offense becomes infinitely more dangerous.  And, um, I think I've already covered how scared of him I am in the kicking game.  Seriously, just kick it out of bounds.

It ended up being about a 50-50 proposition whether kicking it out of bounds would have been smarter than kicking it deep, and while it was a relief that he never broke a big return (at least, not without an illegal block bringing it back), he was still KSU's best threat for winning this game, and his presence still resulted in a massive field position advantage for the WIldcats.  Again, fortunately for Mizzou, Iowa State has nobody this dangerous.

Winner, winner.  Not much else to say at this point.  This has been a bit of a frustrating season, simply because of the youth on the display and the inconsistency that comes with that, but Saturday's win was quite satsifying, not only because it was on the road or because it was against Bill Snyder, but because it signified that this team's long-term trajectory has not been damaged by the loss to Baylor or the overall poor performance against the Big 12 South.  Missouri still looks beyond dangerous in 2010 and 2011, and "Don't screw up future seasons" really was one of the main goals for 2009.