It's been this way his entire career. Fans have NO reservations slamming Gary Pinkel for ANY little misstep he makes or any decision during a game that is even mildly questionable. After the punt by Jake Harry pinned KU inside the five (again), Twitter and our boards EXPLODED.

But if you're going to bury Pinkel when you think he's wrong, you better be damn prepared to give the man credit when he's right.

His decision to punt may have won Missouri this ballgame. Just a HUGE win for the Missouri Tigers today in one of the best football games I've seen this year. Much credit and props to the Kansas Jayhawks, who once again played their part in another incredible Border War battle. UPDATE by RPT: As a football fan, I have to throw all kinds of love Kansas' way for the way they played today, but as a Mizzou fan, I must say the following -- Enjoy the offseason: 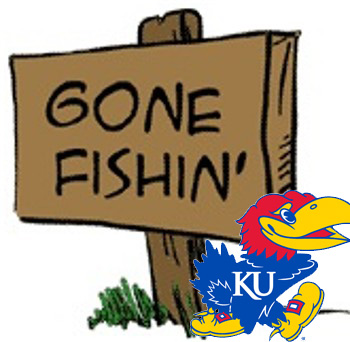