It's the "Mizzou gets a big, wet, sloppy kiss" (bigger, wetter, sloppier than normal) edition!

1 - Mizzou went from unranked to #10 in the coaches' poll in two weeks.  As crazy as that is...where will Mizzou be ranked when the regular season ends?

2 - Assuming we've all been paying attention to college b-ball full-time by now...who is playing better than Mizzou right now (i.e. is #10 realistic?  Too low?  Too high?)

3 - Who knows how this season will finish (for all we know, it could end with a 7-game losing streak...REVERSE JINX...), but at this exact moment there's more pure fun and excitement involved in Mizzou Basketball than at any moment since probably December 2001.  When's the last time you were this excited about Mizzou Basketball (or in Doug's case, this, uhh, fearful...intrigued...whatever)?

4 - There's really never been a point where the Mizzou Athletic Department as a whole has been doing this well (football, basketball, wrestling, baseball, softball...pretty much every sport but women's b-ball and maybe golf or something).  Who gets the most credit for the way this athletic department has come together?  Or better yet (since that's a pretty obvious answer), what quality do you think has led to this level of success?  Talent evaluation?  Loyalty?  Facilities?

5 - Here's Doug's chance to counteract the sloppy Mizzou kiss.  Doug, tell me why KU's athletic department is in better shape than Mizzou's.  Serious, not serious...your choice.  Everybody else...I dunno...post a funny picture or something. Is this because of Valentine's Day?

1 - We'll probably be ranked somewhere between #20 and #10.  I think in our remaining games we'll win at Colorado, moving up to like #9 or #8.  Then we'll beat KSU and lose at kansas, dropping us to probably #15.  Then we'll lose to Oklahoma and beat Texas A&M, which will hold us about steady.

2 - I can't really say for sure across the entire nation.  I think on a neutral floor we probably lose to UConn, OU, UNC, Pitt, Memphis, Duke and kansas for sure and there are going to be others as well.  I think we'd be an even match with Louisville, Wake Forest, Marquette and some others.  According to my thought process in #1, we're just a shade too high but nothing to be upset about.

3 - March 2002, no question.  Almost beating OU in the Big XII Tourney Title Game and than making that awesome Elite 8 run as a 12-seed, only to lose to OU again.  I swear to God if we keep losing to OU in these meaningful games I'm going to have to kill someone who is from that state.  Who do I know that is from Oklahoma?

4 - I give all the credit to Gary Pinkel, simply because I want to.  In truth, though, I think the qualities that Gary Pinkel has as his strengths are the kind of things that make athletic departments as a whole very successful.  He's loyal, he's focused, he insists on doing things the right way, he believes in discipline, he's honest, and he makes sure the students are successful off the floor.  Obviously Mike Alden buys into all of those things and probably preaches all of those things, but I think Gary Pinkel wears those faces more publicly and that is what I think the face of the AD is.

5 - I already posted a funny picture before I ever got to this point.

2 - Number 10 is realistic simply because at this point of the season, rankings are earned, not given.  You win 22 of 26 games against the competition they’ve played, and number 10 is about right.  Who’s better?  Pitt, Carolina, UConn, Oklahoma.  I’m tempted to say Memphis, but they don’t really have many marquee wins.  They may be better, but I’m not sure they’ve proven they’re demonstrably better.  After those teams, I think there’s some separation, and then you get into a group of ten of fifteen teams – Mizzou, Kansas, Illinois, Michigan State, Arizona State, Louisville, Duke, Purdue, Wake Forest among them – that all seem to be pretty even.

3 - The last time I was this excited was probably right before Ricky Clemons imploded.  That team hadn’t figured it all out, but they had a lot of talent, and when they won at Iowa, it looked like they really might be a final four team.  The world came crashing down fast.

4 - Obviously Mike Alden is in charge, and he gets a lot of credit, especially since he made most of the current hires (Brian Smith was Joe C’s parting gift to Mizzou).  But there also are a lot of people who ponied up money for facilities when things weren’t so good, and they did it strictly on belief.  So it has been a joint effort.  As for the qualities that got us here, let’s face it, some of it is coincidence.  We’ve had periods where things were bad across the board, and now they’re good, and I don’t think everyone was dumb then and brilliant now.  But I think one thing that shouldn’t be overlooked is patience.  Alden has given his coaches time, even when it wasn’t clear that they were headed in the right direction.  That has paid off in football and baseball, and we even saw some of it in soccer this year.  He has rarely fired anyone too soon.

rptgwb: 1. I really couldn't tell you because I have no idea what's going to happen with every other team in the Top 25. Did anyone expect the bottom to fall out for like 12 of the teams ahead of Mizzou last week? I think Mizzou should be somewhere in the 12-16 range, but I'd be lying if I said I had a clue how everything will come together.

2. I think they're a little too high until we see what they do down the stretch against a pretty stout schedule. As far as other teams are concerned, I think there's the top four and then there's everyone else. UConn, Oklahoma, UNC, and Pitt are on a different level.
3. Never.
4. No one is really much of a Mike Alden fan, but he has to get some of the credit, right? We all know how he botched the Snyder situation, but his other hirings are starting to form a pretty stout track record.  A lot of it has to be facilities. Mizzou is attracting a much higher caliber of athlete these days, and I think the facilities play a large role in that process.
5. Does license plate humor count?

By the way, we can still laugh at Dan McCarney, right? And wasn't he referred to as "Dan What's His Nuts" at one point in a Roundtable?

Michael Atchison: My daughter is just shy of her eighth birthday, but if at some later date she gets into a scuffle with the law and says “do you know who my dad is?”, I certainly hope she says “Dan McCarney.”

Doug: 1 - I think anywhere from 15 to 20 is realistic.  Still having to play KU in Lawrence and Oklahoma, gives MU to pretty good chances at losses, so that would hurt.

2 - I think the top 4 of the Big East, Oklahoma and, yes, I'll say it, Kansas.  KU played liked crap in Columbia (granted MU was playing like crap too, but KU was on the road... what's your excuse?) and lost by 2.  KU then went on the road and played in an equally as charged a road environment and won by double digits.  Regardless of the rankings, I think KU is coming together as a team a hell of a lot sooner than anyone would have thought.  I'm sorry... did I break the kiss too early?

3 - Missouri's style lends itself very well to playing regular season games at home, so going into Columbia I was doubtful KU would win.  However, I would caution excitement at this point, because that swarming, hacky defense that doesn't result in a lot of fouls called right now, could seriously backfire come tournament time.  Officials tend to call things tighter and let fewer things go.  If Carrol or Lyons, or both get into foul trouble, can the Tigers win with their guards?

4 - I guess you point to Mike Alden, who had the foresight to hire Gary Pinkel, weathered the employment of Quin Snyder and managed to do the little things within the Athletic Department to build up the Olympic sports.  Happy?

5 - Off the top of my head, here's what I would keep from KU's Athletic Department and take from MU's: I'll keep Bill Self, thanks.  Actually, I'll keep Mark Mangino, too.  I'll keep the new football facilities at KU, but I will take Farout Field, you can keep the rocks, I just want seats at my football stadium that aren't a mile-and-a-half away from the field.  I'll keep Allen Field House.  Since I'm getting rid of the track at Memorial, I'll have to take your combo soccer/track facility, as well.  Frankly, Olympic sports bore me to tears, so have fun with those.  I do like your baseball stadium... but I think I'll stick with KU's.  And, last, but not least, every athletic department needs an enforcer... so I'll stick with Lew Perkins. 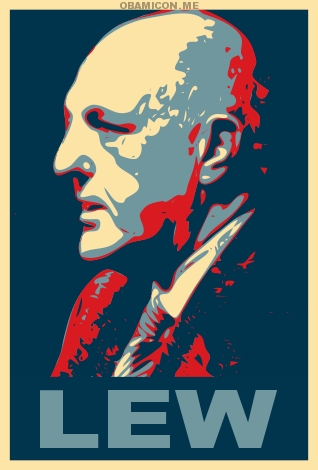 The Beef: 1 - I think we will win this weekend and move up maybe a spot based on who else might lose.  After that, if we can sweep the next week (kSU at home I like, kU on the road…not so much) then we will be firmly entrenched up there in the top 10.  Beyond that, even a loss to OU moves us only back to 10.  In the end, and because I think we do lose to kU on the road as well as OU at home, I think we finish soundly in the top 15.

2 - I agree with Atch about the teams he listed…but there really is such an impressive amount of parity right now that I do not know who can be on the list from week to week since people are getting knocked off every week as well.  Win 5 in a row and you can make this sort of move.  Win 7 or 8 in a row and lord knows where you might end up.

3 - I would have to say leading into the Iowa firecode game at Hearnes or I guess after the UCLA Sweet 16 game…both are in years I cannot think of off the top of my head and both are obviously some time ago.  The Boy will probably answer when he saw Luol Deng practice at Hearnes that day when Clemons (I think) hit about all of his three point shots.

Anyway, Alden has shown he will stick with a coach an extra season.  Totally worked out well with Pinkel and Jamieson and even Blitz. Not so well with Snyder and I guess Stein.  Joe C put down a LOT of the framework of the facilities which Alden was able to pick up and run with so well.  And I will always say his two biggest accomplishments have been our APR (#1 in conference and I believe major schools or something like that) and retaining all sports where others have cut them in the last decade.

5 - I have no funny pictures unless you want to see the stuff I am coughing up at this point…and that is not so much funny as it is sad and somewhat painful.

rptgwb: So, here is today's installment in "Fun with Sitemeter."

The best part is the image that's linked on the user's entry page into RMN.

Michael Atchison: I get visitors from all sorts of strange places on the Teenage Kicks blog.  One of my favorite things to check is the Google searches that lead people to the site.  Without doubt, the one that recurs most is “Steely Dan gargles my balls.”  That generates a lot of traffic.