Anatomy of a Magical Season on RMN: Conference Edition!

Share All sharing options for: Anatomy of a Magical Season on RMN: Conference Edition! 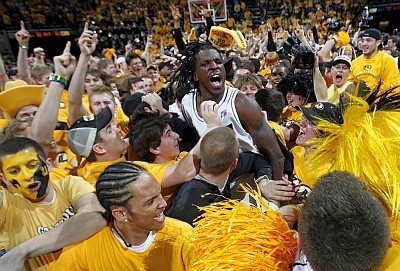 Call it nostalgia, call it not letting go, call it "not ready to focus on the diamond sports yet." Whatever you call it, we're not ready to let this past basketball season die. This is the second of a three-part installment that will look at the magical season that was, as seen through the archives of posts, FanPosts, FanShots and comments on RMN. Today's installment takes a look at the conference portion of the season.

More after the jump...