It really couldn't have set up any worse for Missouri. Not only did they face back-to-back road games against Top 15 teams, needing to win them both to become bowl-eligible after laying an egg on Homecoming the previous week, and not only were they coming off of their worst performance of the year; no, they also had to face an OU team that was all sorts of angry after slipping up in Lawrence the previous week.

Mizzou had one chance in this game. On their opening possession, OU fumbled, and Mizzou took over near midfield. They went three and out. That was the closest Mizzou's 4th-ranked offense would come to scoring for a while.

The OU wishbone quickly broke Mizzou. Three straight scoring drives made it 21-0, and a trick play pretty much ended the game. OU receiver Derrick Shepard took a reverse handoff and sprinted left...then pulled up to pass and found future Hall-of-Famer Keith Jackson wide open for a 58-yard catch-and-run and a touchdown (I swear, every pass he caught at OU was a 58-yard touchdown...or longer...or longer than that). And then it got worse. In front of 75,000 in Norman, OU jumped to a 42-0 lead before Mizzou finally scored in the fourth quarter, handing the Tigers their worst loss since 1972. Despite a record-setting offense and a defense that had been playing better and better each week, Mizzou was now assured of Warren Powers' first losing record in Columbia.

After the game, Mizzou DT Steve Leshe said, "If you had told me in the beginning of the season that our season would take this path, I don't think I'd believe you." Due to a lack of fortitude and clutch play-making, it had indeed taken that path, and there was no salvaging it now. 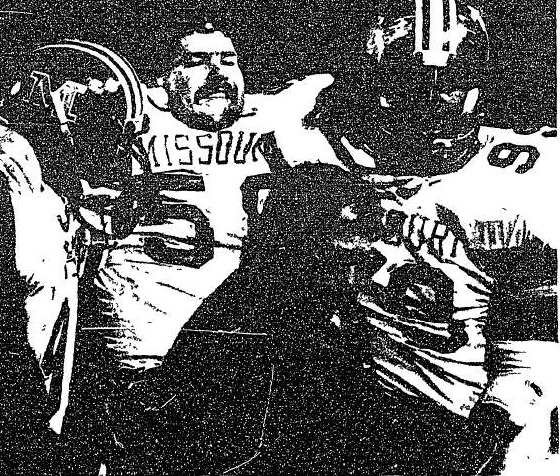 Stop me if you've heard this one before: the Mizzou offense racked up insane amounts of yardage, but they couldn't make plays when they had to, and a series of special teams miscues killed them. Sounds crazy, I know, but that's exactly what happened to Missouri in Stillwater, and on ESPN, no less.

Led by Thurman Thomas and a stifling defense, new OSU coach Pat Jones (who had taken over for Jimmy Johnson upon Johnson's departure for Miami) was in the process of leading OSU to ten wins and a Gator Bowl bid--even moving OSU to #2 in the polls before a loss to OU knocked them out of title contention--but Mizzou was giving the 'Pokes all they could handle heading into the fourth quarter. The Tigers had moved the ball at will throughout the first half, but due to two missed field goals (ugh), a blocked field goal (double ugh), a costly Marlon Adler interception (gah), and a dropped touchdown toss (sweet jesus), the Tigers still trailed at half, 10-7. It was 17-13 OSU in the fourth quarter (after a blocked Tiger PAT) when Mizzou lined up for yet another field goal. Almost predictably, it was blocked. Why you would even try a field goal at that point, I have no idea.

The next play, OSU threw a trick play touchdown pass, and that was ballgame.

For the game, Mizzou put up 451 yards to OSU's 374, but yet again mental miscues and infinite special teams breakdowns cost them dearly, and instead of pumping up their pride with a road upset of a Top 10 team, they lost their sixth game of the year. 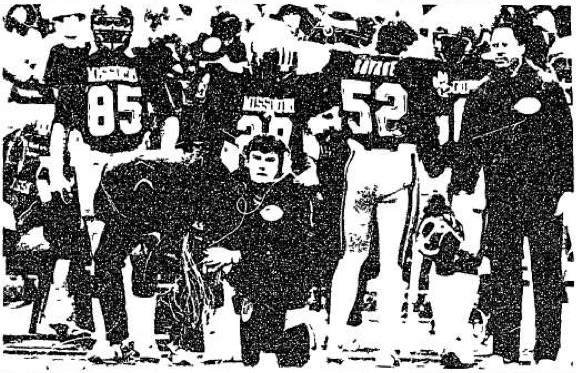 A season full of high hopes comes crashing down due to miscue after miscue. A home crowd loses faith in its team. Chief rival comes to town having won two of three. I think you know what's coming.

Against a beaten-down defense lacking in confidence, KU methodically took control of the game early, engineering a 10-play touchdown drive to go up 7-0. After yet another missed Mizzou field goal, KU again moved all the way down the field in ten plays to make it 14-0. By the time the Mizzou offense got its footing, they were down 21-0. And after a Tiger touchdown got them in the game, KU quarterback Mike Norseth found Richard Edsell for an 87-yard dagger, and that was that. It was 28-7 KU, and amid snowflakes, raindrops, and "We want Dick Vermeil" signs, Mizzou would never again come within 14 points.

I've spoken a lot on RMN about a program entering Glen Mason Territory, where a team wins more often than not, makes bowl games most years, and is generally a pretty tough out...only they never really threaten to improve beyond 7-8 wins in a given year. Under Glen Mason in the '00s, Minnesota won more than eight games just once, but went to bowls seven times in eight seasons. That's pretty good for Minnesota. And yet, after eight years of not really improving nor regressing, it seemed like a change was necessary.

Under Warren Powers, Missouri went to bowls five times in seven years and had a losing record just once. Powers was the Big 8 Coach of the Year in 1983 and fielded a talented, explosive team in 1984, but it was a team that just could not figure out how to win close games. Missouri went 0-3-1 in games decided by a touchdown or less in 1984, and with one of the most prolific (in terms of yards) offenses in Missouri history, they won just three games. It took so many bad breaks and near misses that it would have been easy to write the season off as a fluke and let Powers continue through the final two years of his contract.

1) The lack of close-game execution seemed like a bit of a trend. Overall under Powers, Mizzou was 8-16-3 in games decided by a touchdown or less. Just a .500 record in those games may have kept Powers coaching in Columbia. He knew how to field a competitive team, but those teams just couldn't ever break through and execute in the clutch. One year can be overlooked, but a trend cannot.

2) Average attendance had dropped by over 20,000 over the past five years. Interest in watching a solid team incapable of coming through or winning "the big one" (after his first season, anyway) was waning. Powers' teams were good in the classroom and tough on the field, but for a variety of reasons--iffy home record (combined, strangely, with a pretty damn good road record), non-exciting brand of play, lack of program improvement beyond the 7-8 win barrier, etc.--there was simply no connection to the fanbase, and when you rely on football for a good chunk of your funding, such a drop cannot be ignored.

(There were also rumors of an alcohol problem, but I found nothing to truly substantiate that, so I'm not touching that one just yet.)

Late on Sunday night, November 18, Missouri Athletic Director Dave Hart met with the Intercollegiate Athletic Committee, then with University Chancellor Barbara "Babs" Uehling, to discuss the status of the Missouri program under Warren Powers. They had the toughest decision you can make in terms of a head coach's employment: do you fire a coach that fields a consistently competitive coach in the hopes of finding one with more upside (and, therefore, probably more downside as well)?

They decided to do just that. At the press conference announcing the move, Hart and Uehling both spoke of a general negativity radiating throughout the state. A committee that included Don Faurot and senior tight end Tony Davis was formed to screen candidates to replace Powers, who himself was hired over Pat Dye, LaVell Edwards, and St. Louis Cardinals running backs coach Joe Gibbs. Knowing what we know now, the list was intriguing, to say the least.

After the round of interviews, it appeared that Widenhofer and Murphy were the leading candidates, and sure enough, on December 19 Widenhofer was introduced as the new coach. 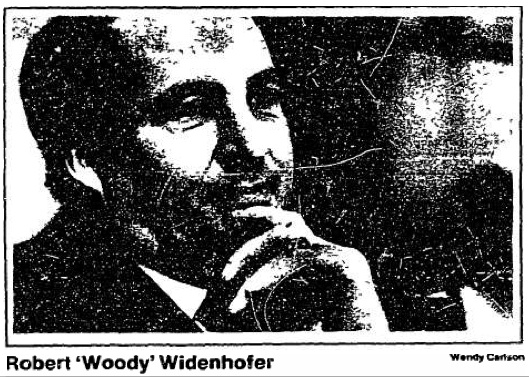 Clearly, knowing what we know now, that was probably the wrong hire. As an assistant under Chuck Noll, Widenhofer had proven to be a charismatic, competent defensive coordinator. As head coach at both Missouri and Vanderbilt, he had proven to be...a charismatic, competent defensive coordinator. His teams never showed the discipline or development necessary to win in an improving Big 8, and Missouri won just 12 games over the next four seasons. Soon, Powers' five bowls in seven season seemed like a fantasy.