SWEEP!!!  Since Mizzou's 7-3 loss to Kansas at Kauffman Stadium, they have ripped off seven straight wins, six straight in conference.

So what does this mean for Mizzou's NCAA Tournament chances, and more importantly the Rachel Phelps Watch?  Well...pretty good things.  Amazingly, Mizzou now stands at 28-21, 14-10 in conference.  With a strong non-conference strength of schedule and Top 30 RPI, that's...well, that's an NCAA Tournament resume right there.  Mizzou's got ten guaranteed games remaining--one versus SMS, three versus Kansas, three versus CS-Bakersfield (all of the aforementioned at home), and then at least three games in the Big 12 Tournament.  Counting down from the previous Rachel Phelps Watch, only about four more wins are needed, though depending on where those wins come from, it could be five.  Either way, they've played well enough lately that a .500 record the rest of the way will get them into the promised land...which is an amazing thing to say considering where this team was a few weeks ago. 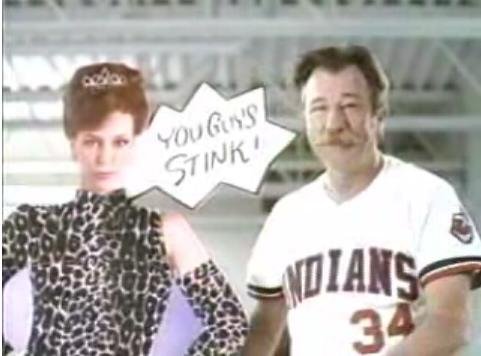 A month ago, no one would have believed you if you said the Tigers had any chance of being as high as 4th place in the Big 12 Conference. But that's exactly where Mizzou found itself after their win Sunday.

Not only that, but by my count, they're now only 1.5 games out of first after Texas (15-8-1) swept Baylor.  Now...with three conference games left for Mizzou, clearly they're not a threat to win the conference or anything, but still...as trrip said, a month ago, that would have seemed beyond impossible.

As The Beef already mentioned, Mizzou rode a Lindsey Ubrun grand slam and a strong performance by Chelsea Thomas to stop a losing streak and win the season finale, 5-0, today.  This comes on the heels of yesterday's 6-1 loss, Mizzou's fourth in a row until today.  Be on the lookout tomorrow for The Beef's Big 12 tourney rundown.