1 - It's Nebraska Week on Rock M!  When you hear the words "Nebraska Football," what is your first thought (person, year, game, whatever...)?

3 - Here's their schedule.  Give me an at-first-glance prediction for overall record.

4 - The NBA draft is over, and the baseball team on the western side of the state is official dead in the water (more or less).  What's going to occupy the sports part of your brain for the next two months and four days?  Baseball?  Soccer?  College football mags?

The Beef: 1 - I suppose I still think about 1997, since that is really my first major college football moment.  There were so many crazy things with my experience and that game that I don’t know that I will ever be able to get it out of my head.  Beyond that, I just think red…for various reasons.

2 - The schedule in conference is not their friend, considering they are on the road against likely two of the top (if not the top) teams in the north, and still get TTech and OU (though at home).  They will HAVE to win one of those to have a shot, and likely two of them, and that is a pretty tall order I believe.

4 - Nothing really for July, which is my worst month of the year.  August will start college football for me, and thus I might pick up a mag or two at the most.

2) I'm not sure I buy into Nebraska this year. Maybe it's because the QB situation has me less-than-scared, maybe it's that I think Kansas is the favorite because of Reesing, or maybe it's that the main reason they're supposed to be TEH AWESOME is that their defense is simply a year older. You're telling me that just because a decent unit -- their 361.5 yards allowed/game is just five less than Middle Tennessee State -- is going to be significantly better just because they're older? By that logic, watch out for Barry Manilow in 2010; dude's got another year under his belt.

/cue the NEBRASKA IS BEING DISRESPECTED meme

4) My Rangers are still in the hunt for the AL West (knock on wood), so I'm focusing a lot on that. NBA free agency has me intrigued to see where the Mavs go. And high school football season is already in full swing here in Texas. So, my plate's pretty full.

2 - No, they will not.  They are neither the best team in the North nor do they have the easiest schedule.

4 - Soccer for me, no question.  Although the best part of the summer is over with the USA's strong showing in the Confederations Cup.  The Gold Cup starts on Friday, but the USA is sending their full-on B team to the GC this year to give the starters a very deserved break and to see what our bench is going to look like in the World Cup.  I think something like 4 players out of the 18 we sent to South Africa are on the 23-man roster for the GC (and one of those 4 is Freddy Adu, who didn't play 1 single minute in South Africa)  So, while it will be interesting to see these younger and/or inexperienced guys playing together, our results aren't going to be spectacular.  And I fully expect the uninformed masses that tried, at GREAT lengh, to tell me how much they hated soccer prior to the USA beating Spain, only to then watch the game against Brazil and tell me what we did wrong, to say we've regressed because they won't know the difference.

Gold Cup will be interesting, CONCACAF Qualifying starts up again in early August, and NCAA '10 comes out July 14 so I'll have won a few National Titles with Mizzou by the time everyone reports to camp.

2 - I think not, since they do have to go on the road to Kansas and Missouri, and that game in Columbia will be a night game... and we all know how much MU fans like to tailgate. The Huskers will have a tough road to hoe against the Big 12 North, but the fact they have Texas Tech and Baylor does weigh in their favor.

4 - Gah... I don't really know. I'll try to hit the course a couple of times, and I'll tune in for the Open Championship and the PGA Championship... but other than some T-Bones games, I don't know that I'll head to many more games.

Michael Atchison: 1 - I still think of Tom Osborne.  I lived in Nebraska for a year as a kid (I was 13), and I went to one game that season.  The team included Turner Gill, Roger Craig, Mike Rozier and Irving Fryar.  The stadium was packed.  It was quite a spectacle.  So I was a little awestruck by the program in my youth.  Now I suppose I just think of Martin Rucker scoring on the fake field goal, or Brad Smith running free.  Those last three games at Faurot have been monstrous fun.

2 - I have no idea.  Among Missouri, Kansas and Nebraska, anyone know who has the most experience on the offensive line?  And let’s define "experience" as the total number of games started by players currently on the roster.  The team that has the most wins the division.

4 - The sports part of my brain gets a well-deserved vacation.  Actually, I’m working on a sports-related story that has my brain tingling.  Details to follow.

The Beef: Any time Atch’s brain tingles, an angel gets their wings.

The Beef: I figure it was at least worth an inappropriate picture or youtube link

The Beef: This is why we keep you around…lord knows it is not for Baseball Simulations… 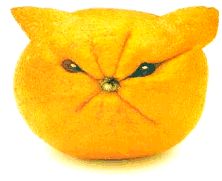 The Beef: mmmm…hit ya where it hurts I take it… 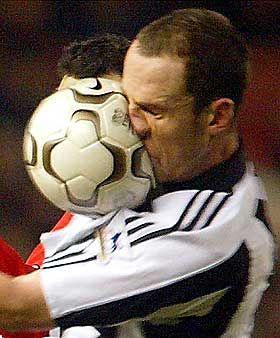 ghtd36: The question then becomes...why do you guys keep me around? I am basically the Rafael Belliard of Rock M Nation.

The Beef: As a former Bucco, The Boy will probably tell you he is looking to trade you for future value (even though his team is not out of the race in what is becoming a REALLY crappy division)

The Boy: I'm a former Bucco?  Jeez, way to out me.  Fine, everybody, my name's actually Doug Drabek.  The cat's out of the bag.

2 - They can come close, but playing at Lawrence and Columbia, where they are a combined 0-4 and have been outscored 198-84 since 2005, will hurt them.  Basically that forces them to beat both Baylor and Colorado on the road and possibly knock off either Tech (possible) or Oklahoma (not as possible) to get to the 5-3 record I assume will win the North.  And if they get to 5-3, they could be tied with either Kansas (likely) or Missouri (a bit less likely) and lose the tie-breaker.

3 - They'll have a chance in Blacksburg, simply because Virginia Tech is good but not "kill you and stomp on your throat" good.  But if they lose in Blacksburg, Columbia, and Lawrence and lose to OU at home, that's 8-4.  We'll go with that.

The Beef: No…Rafael Belliard is the former Bucco from that sentence…you would be telling him…a former Bucco…

ZouDave: This is a tough one today, because while Beef is wearing his douchenozzle hat he's also completely carrying us today.

The Beef: Ok..what was the point then?  Even on a busy day your humor is not typically that shitty

ZouDave: True Story:  if Doug Drabek appears in an All-Star game, MLB will go on strike and not finish the season.

The Boy: And if he's pitching for The Boy's favorite team in the NLCS, they're going to lose in the most heartbreaking fashion possible and make a young Boy cry.

The Boy: You've probably been waiting to say that all day, so I'm glad I gave you a reason. ZouDave: Not really, because really what are the chances someone besides Doug would bring up little boys?

Doug: I'm sorry, I've been out of Neverland Ranch all day.

Were you guys saying something?