Another preview week has come and gone...only six more to go, and it's time for real football! 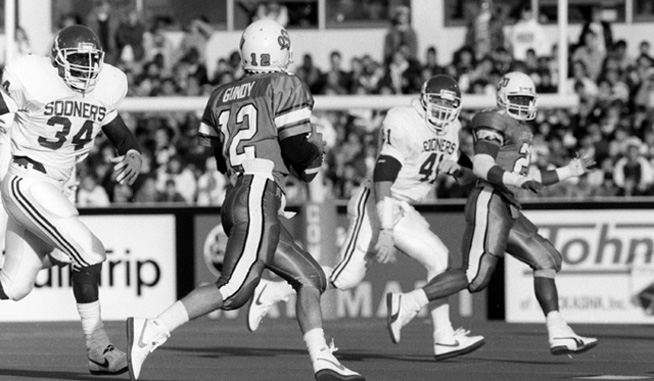 Want to re-live all of the wonderful memories of Oklahoma State Week? Me too!

Only two games projected within six points. OSU really does have an extremely manageable road schedule--ATM or Baylor could jump up and bite them, but...well, you'd rather be playing them on the road than Tech or Texas, right? They get the lesser South teams (other than Oklahoma) on the road and host Texas as well.

These projections do, however, suggest that OSU is still a full step behind OU and Texas, and while there's no shame in that, it is probably a lot to ask for them to sneak in and make more noise than the numbers suggest they're capable of making. But as we saw earlier in the week, the defense is a bit of a wildcard. If Bill Young's defense is better than expected, then they'll probably beat Georgia, and they'll have a nice shot at UT. There is no projection that could suggest they'll beat OU, but the other games on the slate are all quite winnable. And yeah...eight home games...must be nice.