What kind of challenge awaits Jeremy Maclin in Philadelphia?  The Trib connects to a Philly Daily News column to check things out.

Maclin has more of an adjustment than Jackson did because of the spread offense he played in at Missouri. (He also hasn’t signed a deal yet, which isn’t a concern until it is a concern; he does need to be here from the start.)

These are not small hurdles, and they are not questions that Reid will ever answer out loud. There will be only one way to tell what the coach really thinks, and to tell what kind of promise these rookies really have. One way: by counting the snaps, starting in September.

So it appears that Owasso (OK) DB Aaron Colvin a) enjoyed his trip to Columbia this week and b) will be deciding on a school this weekend.  He's an Oklahoma kid with an Oklahoma offer, so naturally I think the odds are in OU's favor there, but we'll see.

And speaking of recruiting, here's yet another take on Anthony Gatti.

Continuing the ongoing series, PowerMizzou re-ranks the State of MO recruiting class of 2006.  One guess who's #1...

Dave Matter continues his look at his own Top 25...nothing egregiously crazy yet, though I'd actually have Georgia higher.

ESPN's Bruce Feldman has an interesting (Insider) interview with The Man in Reno, Mr. Colin Kaepernick...

For people who haven't had the chance to see you play, who do you get compared to most?

Kaepernick: Most of the time, I get compared to Vince Young and Pat White. I think I can be a little different than them. I've really worked on my pocket passing. I'm hoping that shows this season, and I can separate myself from the "typical running quarterback."

Your teammate Luke Lippincott said the first time you came in the huddle, you were so quiet the other guys on the offense had to yell at you to speak up. How much do you think you've grown into the position?

Finally...well...good for you, Chase, for getting out and about, but I'm thinking opposing fans might have a little fun with this....then again, I doubt you're losing too much sleep over that, huh? 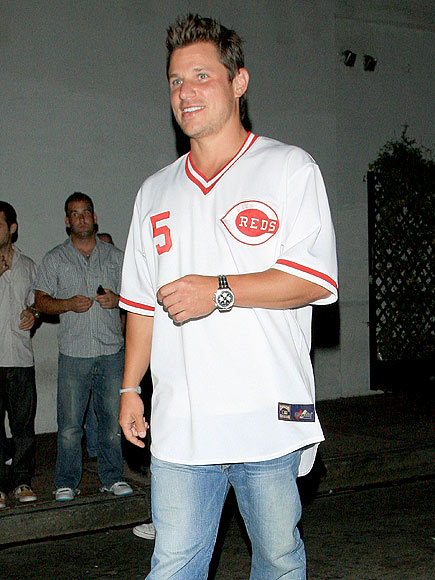