Before I dive into another lengthy links post, I should note that something of extreme historical significance happened last night: for the first time ever (as far as I know), The Unholy Alliance...had quorom!!!  That's right, TB of BOTC was in town (along with a Yankees-Patriots-KU fan who I didn't hate somehow) after taking the bar exam at our great state capital, so we (rptgwb and I) gave him the Columbia tour--Shakespeares, Harpo's...and then wherever else they went after this old fogie went home and went to bed.

Anyway, hope you had a great time, Tye, and we'll have to figure out how to put together full quorom at some point...especially, you know, since I'm wanted in Manhattan for that damn 1999 parking ticket. 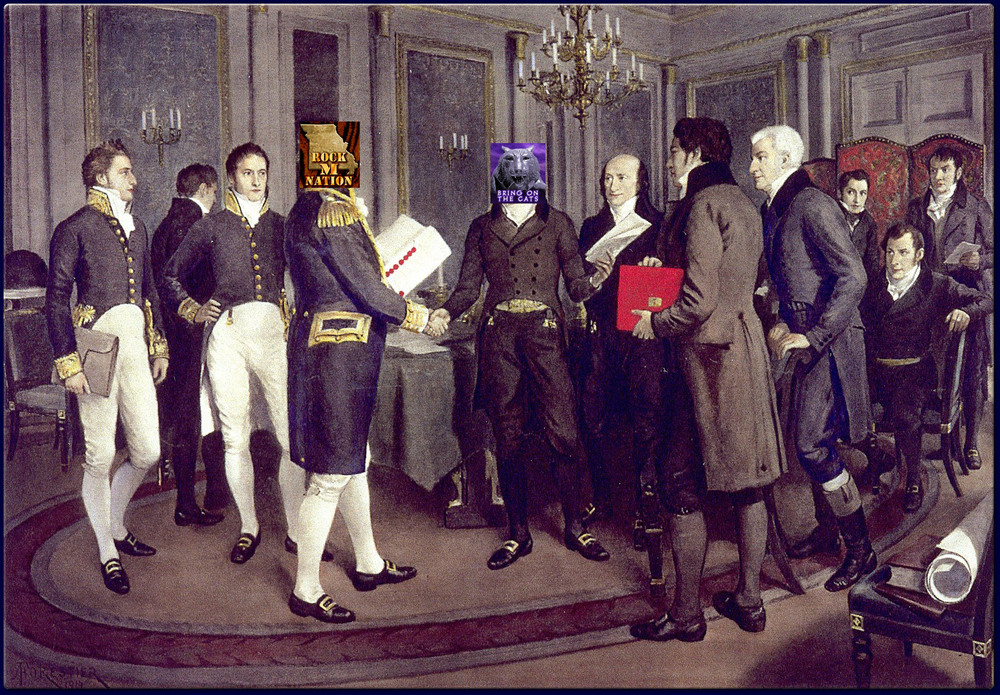 The Big 12 discussion and predictions are coming fast and furious now...here's my attempt to pull them together.

Here are your Mizzou-specific links:

A couple of basketball links for you:

There are also a ton of Mizzou-unrelated links flying around the blogosphere right now. Here's one:

Finally...the two best links of all: