2 - Missouri plays seven games between now and when Texas comes to town:

They're 2-1 in conference play now...what's their record when Texas visits?

3 - We know The Beef's answer, but who are you rooting for to win the Super Bowl at this point?

4 - The Golden Globes were this past weekend, and for some inexplicable reason, my wife and I watched it, start to finish.  First time ever.  What is the one awards show you tend to never miss?

(No Atch today, so if you're looking for a fifth question, go ahead and talk more smack about him...that's always fun.)

The Beef: Look at you remembering to do this at a reasonable hour…way to go Bill!

1 - I really don’t know.  I have not seen many teams actually play, but I see results come across the board.  CU beating Baylor.  aTm beating OU last night.  Hell…us beating kSU but losing to OU, but kSU beating UT.  I cannot fathom home court will continue to play the role it has, but maybe it will.  It just means our win against TTech may become very valuable and that if we can pull a couple more from the rest of the schedule, that may really help us come March.

They're 2-1 in conference play now...what's their record when Texas visits? – Looks like I come out at 7-3…and I realize I just went against the home court thing…

3 - Just give me the picture of Brad Smith and Chase Daniel hugging before and/or after the game…that would make me pretty happy.

4 - The Tony Awards…I just have to let my jazz hands fly sometimes.

Doug: 1 - I think Kansas has shown how good they can be (Temple) and that they can be beaten.  I don't know that every team is going to pack the paint against Aldrich but KU really needs to hit the 3 consistently.  Texas got hit in the mouth and that's how you'll beat them.  I think the top 3 of this league are still in their own division but the rest are not so far away, unless you're talking about Nebraska.

3 - Anyone not named Brett Favre.

RPT: 1. It's been pointed out elsewhere (and I tend to agree) that this league seems to be very stratified into tiers. Kansas, Texas and Kansas State form that top tier. Mizzou, Baylor, Texas A&M, Oklahoma, and Oklahoma State form that middle tier. And Texas Tech, Nebraska, Iowa State, and Colorado form that bottom tier. Any of those teams seem capable of beating any of the ones in the tier directly above them, but all in all, the higher tiered team should win 75-80 percent of the time. I think we're finding out that the bottom of the conference is still going to be pretty salty.

2. 7-3. They lose at Allen, and then I'm not sure where the other loss comes from. A tough loss at Baylor, or a horrid home shooting night against OSU or aTm.

3. I'm horribly, horribly indifferent. I just want to be entertained, something I wasn't during the divisional round.

ZouDave: First off, I want to congratulate you on learning how to read a calendar and knowing today is Wednesday.  You're an inspiration.

1 - No and no.  You probably wanted a more elaborate answer, but that's what you get for asking closed-ended questions.

Seriously, though, I am obviously a jaded Mizzou fan but I never thought kansas was the #1 team in the nation.  And Texas ALWAYS finds a way to choke in basketball.  I still think they're your top 2 in the conference, and I think both of them will be at worst 3 seeds and probably higher in the NCAA tourney.  KSU has definitely thrown their hat into the ring, and Mizzou is just kinda flying below the radar right behind those 3 teams.  I think we have a really good chance to be 3-2 against those top 3 teams this year.

And while I don't think the doormats are quite as doormattie as we'd hoped, I'm still not scared of ISU, CU or NU.

2 - We will be 8-3 when Texas comes to town.  I'm unwilling to predict a win at Baylor right now, but it's distinctly possible.

3 - A tie between the Jets and the Saints, just so one of Mizzou's finest can get a ring.

4 - There's not a single awards show that I always watch, and the only one I ever consider watching is the Academy Awards.

RPT: So, Lucca Staiger is apparently living proof that playing in Germany > playing in Ames.

ghtd36: 1 - It's a weird situation, because I have no doubt that the Big XII is an elite conference this year, yet I'm not sure they have a truly elite team. I think Kansas, Texas and Kansas State (as much as I've seen them this year, which admittedly is not everything) are all top 10 teams, but if you were to put a gun to my head, I'm not real sure I'd put any of them in the top 3.

3 - I know he's on too many commercials, and I know that his general milquetoast demeanor alienates himself from a lot of folks, but I just can't dislike Peyton Manning. Dude's just a professional killing machine. I'm pulling for the Colts. Or the Saints. Or the Jets. Just not Brett Favre. He's an attention whore.

4 - Oh, I love so many of them. My favorite one that I absolutely never miss is...

Well, those were my testicles. They say liking awards shows would violate my contract with them. Go figure. 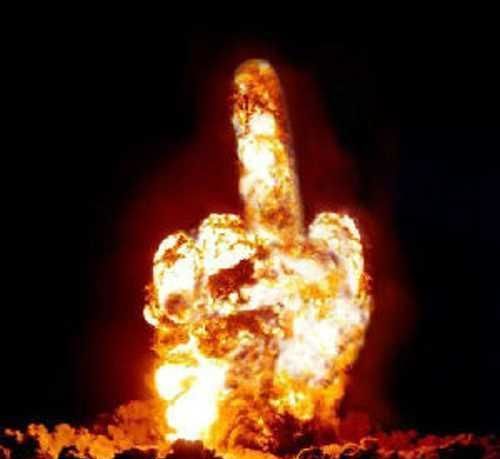 ghtd36: Oh, I'm sorry, it appears that someone WHO SPENT AN ENTIRE EVENING WATCHING NOT ONLY AN AWARDS SHOW, BUT A SECOND-TIER AWARDS SHOW, would like to say something. Bill C.: To be clear: I was playing with football data the whole time and looked up occasionally.  So you can...

Bill C.: looked up occasionally = IT WAS YOUR SISTER'S!!!!

That, uhh, made sense, right? 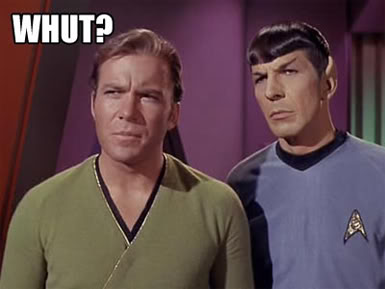 The Beef: I don’t see how you didn’t

ZouDave: Like Sir Lancelot before you, you are a Champion of the Roundtable.

The Beef: Since you have conquered this roundtable…you may as well go ahead and join the Big 10 roundtables…I hear there is more money there….

Bill C.: If I say yes, does that mean you'll go back and finish those Better Know an Opponent pieces?

The Beef: LL says don’t call it a comeback

Bill, I've told you before, the ETA for finishing the Better Know an Opponent for the 2009 football season is August 15, 2010. Please advise.

And Beef, if only the chairman of this Roundtable hadn't served me a plate of DISRESPECT!, I wouldn't have to be flirting with Big 10 roundtables.

Bill C.: Flirt away.  I'm ready to replace you with TCU anyway.

ghtd36: At least they take fullbacks seriously at Big 10 roundtables.

ghtd36: Also, Bill, whose dress did you like the best at the Golden Globes? Because I know someone's birthday is coming up!

[/cannot and will not be stopped today]

(That said, I did look up when Christina Hendricks came into view and my wife said "WHOA!")

ghtd36: See, that is absolutely acceptable.

In honor of this sudden return to manhood for Bill, someone please post a picture of Christina Hendricks. Or ZouDave's sister.

Bill C.: I would google "Christina Hendricks" and "golden globes" but I'm afraid of what would show up...seems that's begging for a NSFW situation...

ZouDave: you owe it to your manhood to find a NSFW picture

Bill C.: Hey, I told you what to search for ... do I have to do everything around here??

ZouDave: wow, the one time in 6 months you've actually been involved in a roundtable and you think you're doing everything?  Arrogance, thy name is Bill C.

ZouDave: "OH SHIT!  WHAT THE HELL IS THAT COMING DOWN ON ME?!"

2. You clearly haven't had to copy-paste these SOB's into the post editor before.

ZouDave: I did once, as a favor to you.  It wasn't pleasurable.

Bill C.: That's what she said?

ZouDave: that IS what she said!