UPDATE: SUBMIT YOUR TRIFECTA PICKS IN THE COMMENTS SECTION.  WHO WILL FINISH 1ST, 2ND, AND 3RD IN ADJ. GS POINTS FOR THE GAME?

Time for the bounce back game...we hope... 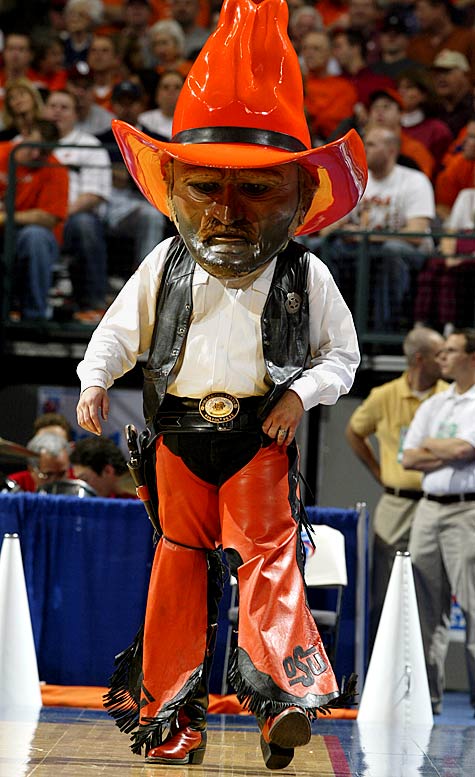 OSU is all about control.  They don't force the issue, but they don't allow you to either.  Their offense is second in the country in steals allowed, while their defense is just 232nd in steals and 266th in blocks.  They don't grab many offensive rebounds, but they don't allow you to grab any at all.  They play a pace of basketball that is right around the national average, and if I had to bet, I'd say they'll try to play much slower than that tomorrow.  They have one of the nation's smallest benches, and that is with starting point guard Ray Penn in the lineup.  He has missed the last two games due to a minor knee injury, so their bench shrinks even further without him.

If Mizzou can make some shots and force the tempo, OSU will be very hard-pressed to keep up in the game's final ten minutes or so, but because of the control they have managed over tempo and opponents, they have actually pulled off their most impressive two wins of the season (@KSU, ATM) in the last week without Penn. If Mizzou is missing shots and allowing OSU to dictate the tempo, this game will go down to the wire, Penn or no Penn.

(One other note: looking at their True Shooting %, it looks like OSU is one of the best-shooting teams in the country.  But apparently a lot of that great shooting came against terrible teams, as they only rank 79th in KenPom's schedule-adjusted FG% numbers.)

Where the Pokes are strongest

Where they are weakest

OSU has faced only three Top 50 teams, all since conference play began.  Their non-conference slate was iffy at best -- their two toughest opponents (according to the rankings) were Rhode Island and Tulsa, and they lost to both teams.

Despite the loss of Penn, however, they're hot right now, having beaten #10 KSU and #50 ATM in the last week.  But even a hot, confident team can still get worn down at "The Wood-Chipper" (as Mitch Holtus likes to call Mizzou Arena, and no, I do not fully endorse that name) with the depth that OSU has.  If OSU wins tomorrow, then having beaten two KenPom Top 15 teams on the road in eight days, they suddenly become a major threat for a Top 3 finish in the Big 12.

If OSU wins ... Muonelo and Anderson combined for at least 40-45 points, and Mizzou still couldn't shoot.  Despite a patented late Mizzou charge, OSU puts the game on lockdown with great free throw shooting from Anderson, Muonelo and Page, and OSU wins, 79-72.

If Mizzou wins ... Kim English and/or Marcus Denmon got hot, Mizzou's other guards were driving effectively, Laurence Bowers was grabbing some offensive rebounds, and Mizzou shot above 40% for once.  In this example, Mizzou wins, 85-68.  They can still win if they don't shoot well, but it comes off of turnovers and the eventual wilting of OSU's super-young backcourt.  In this instance, the game is tied with five minutes left, but Mizzou makes the plays down the stretch, as they tend to do at Mizzou Arena, winning 72-66.

Of those three scenarios, I'm going with the last one.  Never bet against streaks ... meaning, until Mizzou shoots well again, assume they won't ... but until Mizzou loses at home again, assume they'll figure out how to get it done.  Mizzou 72, OSU 66.  But if Kim English actually starts to go straight up again with his jumper, and his first 3 finds the bottom of the net, look out.  The game will swing toward Door #2 (85-68) very quickly.