LEAVE YOUR TRIFECTA PICKS IN COMMENTS.

Hey, guess what: Mizzou has a basketball game tomorrow!  I know, news to me too!  Here's your hastily thrown together preview of the sure-to-be-epic battle between Mizzou and Arkansas-Pine Bluff.

Remember last year, when I tried to sell you on the fact that winless UA-Pine Bluff was a pretty damn good basketball team?  Not this year.  They can do some interesting things on defense -- they are 58th in Steals% and block out reasonably well (160th in Def. Reb%) -- but they have possibly the worst offense Mizzou will see this year.  Scoring 0.71 points per possession is absolutely terrible (which is what happens when you can neither shoot nor grab offensive rebounds), especially considering the best team they have played this season is Northwestern.  The Golden Lions had to replace quite a few cogs from last season's SWAC tournament champions, and ... yeah, they're still breaking them in.

Where the Golden Lions are weakest

I'm not sure how to narrow it down.  Let's just say that they can't shoot, can't crash the offensive glass, and allow incredible amounts of easy shots.  And they foul too much.  And never get to the line.  And turn the ball over too much.

Where they are best

As I hinted above, they take chances on defense and grab quite a few steals because of it.  Plus, you're reasonably likely to be one-and-done if you miss the easy shot they give you in a given possession.

UAPB has played four teams ranked in Ken Pomeroy's Top 100, and the average score was Opponent 82, UAPB 47.  They almost knocked off Hawaii ... but Hawaii is awful.  Ken Pomeroy officially gives them a 0.2% chance of beating Missouri. 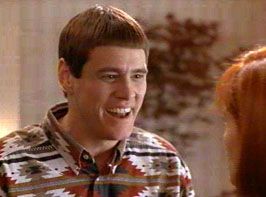