This post is sponsored by Samsung, who will be featuring posts around the SB Nation network today about fandom being enriched by the intersection of sports and technology.

During his weekly news conference on Monday, coach Gary Pinkel mentioned the multiple nature of Texas Tech's defense several times. In the offseason, coach Tommy Tuberville brought in former Alabama linebackers coach James Willis to institute a 3-4 defense aimed at better disguising pressure. At the most basic statistical level, Texas Tech's 20 sacks (third in the Big 12) seems like a testament to Willis, but in fact, the Red Raiders sacks per game rate has dropped from 3.08 a year ago to 2.5 per game in 2010.

Tech throws multiple looks at teams prior to the snap, but while the Red Raiders might occasionally disguise where the pressure is coming from, they very rarely disguise when the pressure is coming. Frequently, Tech's base set shows four down linemen instead of three, and any variation from the "normal" nickel front they show on standard downs seems to tip off the pass rush. To illustrate Tech's different looks, I've pulled a couple of stills from one of Texas' early drives in Tech's 24-14 loss to the Longhorns in mid-September. 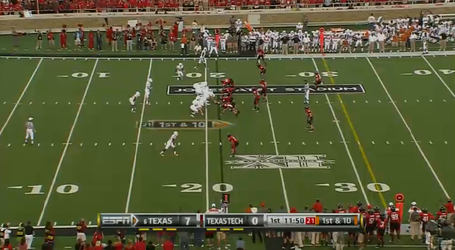 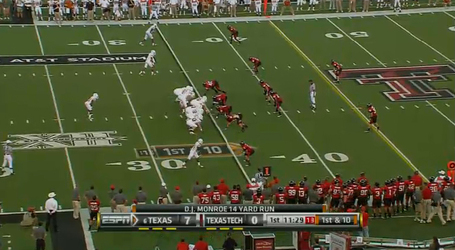 The Raiders play four down linemen and what appears to be a nickel package in the defensive backfield. Both times, the four down men are the only ones upfield.

On the next play, Tech varies its look in favor of what looks like a 2-4-5, opting for an extra defensive back in lieu of an end. Four men start on the line (Frame 1) before two others step up to the line of scrimmage on the tackles' outside shoulders (Frame 2). The pressure doesn't "get" to Gilbert, as defined by a statsheet, but the defensive back coming free off of left tackle (Frame 3) forces Gilbert to go to his hot receiver on the slant (Frame 4), allowing Tech to swarm to the ball and minimize the gain (Frame 5). 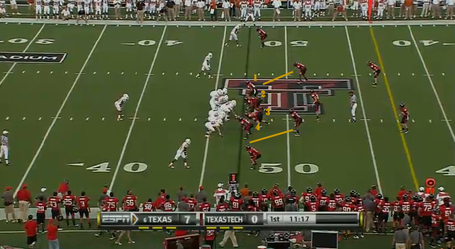 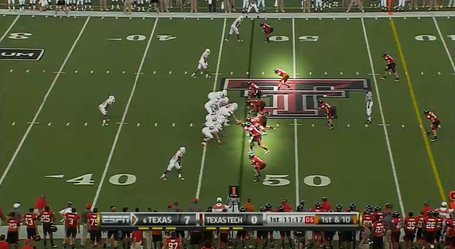 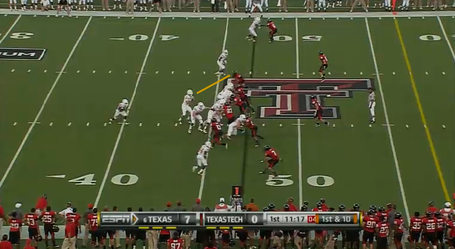 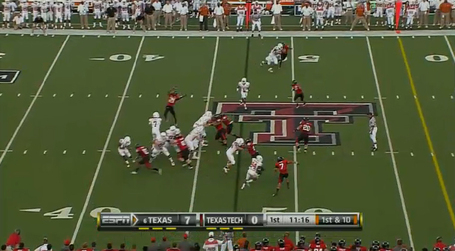 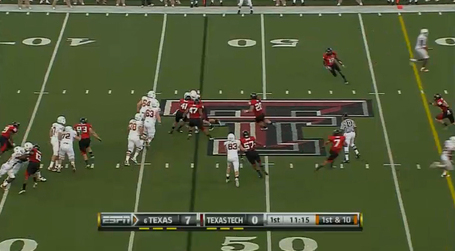 The pressure doesn't result in a sack or a turnover, but it still achieves its goal, as Gilbert is forced to get rid of the ball early. It'll be interesting to see if the same philosophy affects Missouri's offense, which is predicated on short routes regardless of the defensive pressure. Blitzing could potentially open holes in the middle of the field for Michael Egnew and T.J. Moe, and for a guy like Jerrell Jackson, the dearth of defenders at the second level could do wonders for his yardage after the catch.

After retreating to the four-down, six-in-the-box look on the following play, Tech shows a more general 3-4 look on third down (Frame 1). Both outside backers rush upfield (Frame 2), only to be either blocked or caught upfield (Frame 3) as back the moves straight forward into the interior of the line, controlled by Texas (Frame 4). 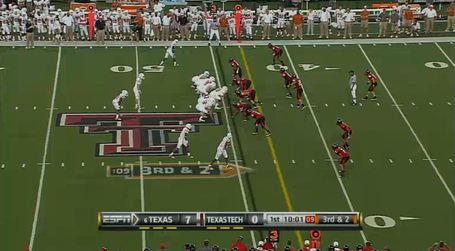 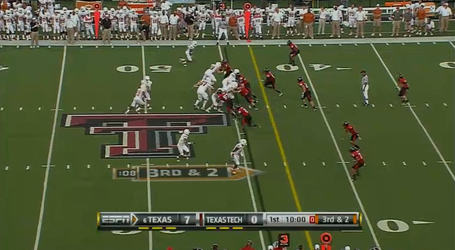 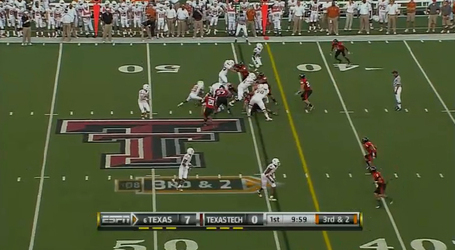 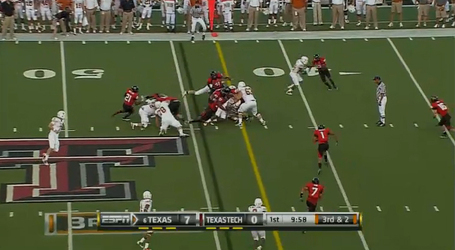 Tech opts to stay in the four-man front (Frame 1) once Texas begins threatening in the redzone. However, Texas has no problem sliding the protection and turning the Tech D-Line as Gilbert rolls right (Frame 2). Multiple defenders step up on the short out by the slot receiver, opening the corner route in the endzone. 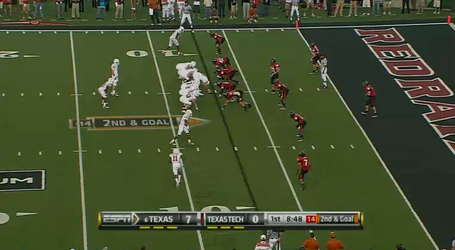 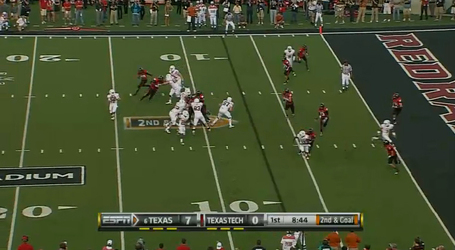 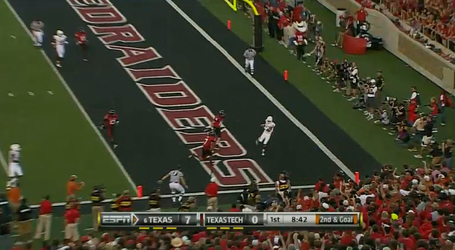 Look familiar? It should.

As it is with any team, defensive aggressiveness is a double-edged sword. Missouri fans know this all too well, having seen over-pursuit play a major role in one of Roy Helu's 74 long touchdown runs last weekend (pardon my slight exaggeration). For Texas Tech, the continued defensive struggles in 2010 seem to be another case of square peg/round hole, as explained by their fans. At Alabama, Willis' teams had both the athleticism and experience in the secondary to gamble with man coverage when bringing extra pressure. Thus far into year one in Lubbock, he's had no such fortune. Does the trend continue when Mizzou rolls in on Saturday night? Stay tuned.