1 - Okay, on a scale of 1 to Brian Boddicker, how much of a stomach punch was last night's Mizzou-Georgetown ending?

2 - How do you think Mizzou responds in their trip to Oregon late, late, late tomorrow night?

3 - On a brighter topic, Mizzou has beaten Kansas four of five times in football and finished 2010 at 10-2.  I don't really have a question here, I just wanted to type it out.

The Beef: 1 - This one is going to stick with me for a little bit only because of the mix of circumstances involved.  To come back from 18 down, to overcome the RIDICULOUS shooting display put on by G’Town to have it taken away in part because of a terrible call at the end of the first half (small part, but a part nonetheless) and then to personally give it away on a bad foul and going 1-4 from the line after having started 20-25 really does sting.  I was also disappointed in the games from Bowers and English.  The passion and fire (though never a thing from Bowers really) just does not seem to be there currently.  Maybe it is a mix of Bowers always very calm demeanor and what injury/malaise which seems to be hampering English, but for this team to achieve their full potential, those two will need to come around.  Denmon was amazing and Ratliffe and Dixon, though certainly not perfect, played their guts out.  I was also a bit surprised at how short the bench got in the game yesterday….which leads me to…

2 - I would not normally give a 2nd thought to Oregon, no matter where we play them. Oregon is  not a good team, and we destroyed them previously.  However, we are going to have some very tired legs come tomorrow night, so that does give me pause.  I still think we win, but it will likely be far more of an annoying struggle than it normally should be.

4 - I will say OU in the Fiesta, Okie State in the Alamo, NU in the Insight, Mizzou in the Holiday…um…then…yeah…kSU, Baylor and TTech in the others

2. I fear that they'll have a bit of a hangover.  Some of the most important coaching Mike Anderson will do all year will be today when he tries to get his guys' minds right.  I'll say this: If they play tomorrow like they played last night, they'll win by 40.

4.  Oklahoma (Fiesta), Nebraska (Alamo), Missouri (Insight), Oklahoma State (Holiday), Texas Tech (Texas), K-State (Pinstripe), Baylor (the other one).  I'm doing that without the ability to see the internet; my computer is on the verge of a major catastrophe.  If you don't hear from me again, you'll know why.

The Beef: What will soon be left of Atch’s internet

The Beef: I take it back…evidently this represents this Roundtable

Doug: 1 - It looked like it would feel pretty high. I don't get ESPNU (Thanks, Comcast!) out here in New Mexico, and I was talking to my wife, so watching ESPN3 was out, but I did see the last-second three pointed flash up on the ticker. Honestly, the way that whole play went down, it kind of reminded me of Chalmers' three. Especially after the wheels for Missouri fell off in over-time.

2 - Are they playing on the floor? Because I think that would throw a lot of people.

4 - Better question, now that I'm living in a town with a bowl game, should I shell out 30 bucks to go see whatever bottom-o-the-barrel teams wind up in the New Mexico Bowl? Next season, the contract includes the Pac 12, but right now it's the MWC and WAC, and there's a chance one of those conferences won't have enough eligible teams.

The Beef: I will tell you it is a good time to see a bowl game in which you have no rooting interest.  The last time Mizzou did not make a bowl game, Bill and I travelled down to Memphis to see the Liberty Bowl on New Year’s Eve day on a ridiculously gorgeous 70+ degree day and got a ridiculously entertaining Boise State vs. L’ville 44-40 (or something like that) game…with Little Richard at the half.  We even planned to try to go to the bowl over at TCU’s stadium when we went to the Cotton Bowl back in 07/08, but the game sold out before we could get tickets.  For $30…if the weather is good…I say go.

ZouDave: 1 - That was a good one, that's for sure.  I mean, I'm not going to get too down long-term about it because the loss is really mostly meaningless.  It would have been a really nice, signature non-con win but the loss doesn't really hurt us.  We showed some serious talent, we were able to erase a huge deficit and we continue to build an identity as a team but losing like that always hurts.  I'd rather we have lost by 20 instead of the way we did, knowing there were about a half-dozen moments in the final 90 seconds that could have put the game away and we just couldn't do it.

I won't even get into the 3 that shouldn't have counted.

2 - I think we'll be fine.  We need to do something quickly about our slow starts, but I like that we seemed to wake up a lot faster against Georgetown than we did against some of our lesser opponents.  Go out and put a hurt on Oregon, we'll barely drop in the polls and we'll then gear up for Vandy and Illinois.

3 - kansas has a long, long way to go before they're competitive in football again.  This was the most tame the Arrowhead game has ever been and I think it's going to stay this way for a couple of years.  kansas would have a hard time putting together a strong team again anyway, and now they don't get any soft years in their conference schedule anymore.  And the only team they DID beat in conference this year is no longer in the conference.  So...yeah.  I think over the next 5 years we'll probably see Missouri win another 4 out of 5 and we'll start to put this series record away a bit.

4 - Well didn't you just predict it?  Fiesta is going to get Oklahoma (he's not losing to Pelini again, count on that).  Alamo looks to have Arizona (with Oregon and Stanford going to BCS) so I don't know if the Alamo Bowl will want to re-create last year's bowl matchup or not so I think Nebraska actually gets passed here and Alamo takes Oklahoma State.  The Insight Bowl will fall all over themselves to take Nebraska and give them a match-up with soon-to-be conference mate Michigan.  Missouri falls to the Holiday Bowl against an awful Washington team.  The Texas Bowl is more than happy to take Baylor in their first Bowl Game since 1994 and all 30,000 of their fans will at least be in the neighborhood already for them to face Illinois in a battle of mobile QBs.  KSU gets the inaugural Pinstripe Bowl up in NYC against Syracuse, reviving the "rivalry" born from the 1997 Fiesta Bowl and 2001 Insight Bowl, and then the TicketCity Bowl will get Texas Tech against Northwestern in a game that can only be described as: 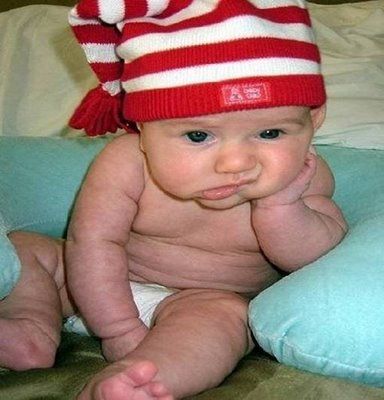 RPT: "Honestly, the way that whole play went down, it kind of reminded me of Chalmers' three."

That quote is way more perfect than I'm willing to admit.

ZouDave: I had the same thought last night, even said to the guys I was watching the game with "You just don't beat teams that force OT on a 3 like that.  See Memphis vs kansas in 2008."

ZouDave: Hello?  Is there anybody out there?

I'm currently watching the USA's bid for the 2022 World Cup.  The decision comes out tomorrow, and we're making our final push for it now.

Doug: Wow... she was kind of eerie looking... among other things.

ghtd36: 1- I know it's cliche' -- at least by RMN standards -- to view the game with almost too much perspective, but I'm really not bothered by last night all that much. Sure, it sucks, and yes, I would have preferred that Mizzou had won that game, but this is a young team that I think is still trying to figure out what it has. Last night was a major, major, major step in the right direction, regardless of the outcome. Sorry if that makes me a bad fan.

2- To segue off of my first point: we'll find out more about this team tonight than we did last night. Not to get all Lou Holtz on you, but you find out more about yourself when you're faced with adversity than you do when things are going great. And the best part? Mike Anderson coaches the Missouri Tigers. I'm pretty confident about tomorrow.

3- I went to a watch party here in Dallas on Saturday morning. It was me, the girlfriend and the two people who organized it. That's it. Granted, it's a Mizzou watch party in Dallas on Thanksgiving weekend, but I found that interesting.

4- Oklahoma to the Fiesta, Nebraska to the Alamo, Mizzou vs. Michigan in the Insight, Okie State in the Holiday, Baylor in the Texas, K-State in the Pinstripe and Tech in the TicketCity.

ghtd36: One more thing: the five on the floor during crunch time for Mizzou were four juniors and a sophomore.

Doug: So, are you saying Missouri is not as young as Mike Anderson thinks it is?

ZouDave: pretty sure this is officially our worst effort ever

The Beef: I blame Bill

ZouDave: well Christ, who else would we blame?  It's the leader that takes the fall.  Attitude reflects leadership.  Etc.

Random conversation had at my house last night during the game:  name the best performance in the movie "Rudy".  I have an answer, but I'll hold it to see if there are any other responses first.

Might as well get some search engine traction out of this disaster.

The Beef: I give it to Ned Beatty, just because I don’t think I can correctly spell Jon Favreau

Speaking of Rudy, is everyone voting for Gachkar for the Rudy Awards?

ZouDave: the weight difference of Jon Favreau in that movie vs him now is staggering.

And I said Jon Favreau's character was the best played character last night, for sure.  I gave an honorable mention to a very young Vince Vaughn for making the most of his approximately 5 lines.  But I went with best performance to Jerry Goldsmith, because the score is just f***ing epic.

Because, why the hell not?

The Beef: Oh…well that is some good news.  Kind of a five-week open tryout there in Dallas for him if he can stay healthy and in the lineup.   Could go a long way towards some job stability in the coming years.

RPT: Called up a Missouri man in favor of cutting a Southlake Carroll man. Greatest transaction ever.

ZouDave: oh snap, we need to be stuffing that ballot box the way aTm stuffed the Cotton Bowl one.

PS, if not everyone saw the mass stupidity on Tigerboard and PowerMizzou on Monday night concerning the vote on www.attcottonbowl.com, you missed very possibly the worst exhibition of mass hysteria over LITERALLY nothing in Mizzou online history.  It was utterly embarrassing.

The Beef: Dave…it’s that sort of mentality that did not get us invited to the Cotton Bowl

Doug: Or the Orange Bowl.

ZouDave: In a Google search for "utterly embarrassing", I get this: 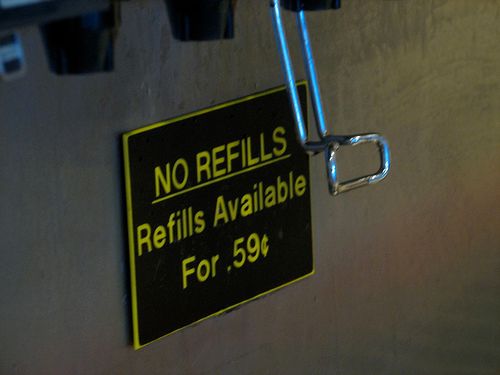 So let's break that down a bit.

One, there's NO REFILLS...except that there are.

And that leads me to this, which is one of my favorite internet happenings of all time.

The Beef: Wow, Doug…I will leave ZD to have the honor of the response