1 - Most Mizzou fans seem relatively excited about the bowl matchup at hand (other than the fact that it isn't the Cotton Bowl).  What bowl game were you most excited about in advance of the game, for whatever reason (first in a long time, fun opponent, etc.)?

2 - So it's finals week here at Mizzou. What were the tactics you used to make it through your finals weeks? Music (if so, what?), silence, cramming, soda choice, etc.?

4 - In light of what BOTC did, what would be more appropriate names for the "Legends" and "Leaders" divisions in the Big Tweleven? What about for the now defunct Big 12-2 "North" and "South" divisions?

Doug: 1 - Probably the BCS Championship since both teams could probably score in the 40's at least.

2 - I didn't really have an particular tactics. Though, my greatest finals week was fall semester of my freshman year. KU had a split finals week, Stop Day was Wednesday, then tests Thursday, Friday, Monday, Tuesday, Wednesday before winter break. Somehow I wound up taking all my tests on the first two days, and grabbing an extra full week for winter break, so I had 5 weeks off, which was pretty awesome.

4 - The Texas Division and the Not-Texas Division. Seriously, who watched the last 30 for 30 documentary, Pony Excess, over the weekend? The Southwest Conference dissolved, the Big 12-2 is still teetering on the abyss. What did both of these conferences have in common? An over-reliance on the state of Texas for continued success.

Bill C.: Regarding question #1, I meant which Mizzou/Kansas bowl game were you most excited about...

Michael Atchison: 1.  I think this question is asking which bowl game that Mizzou has played in caused the most excitement.  If so, the Cotton Bowl is the easy (and only correct) answer for me.  Everything about that time was fun.

2. In my undergraduate days, I subsisted on my Louis Armstrong 78s.  In law school, I lived on a diet of fear and adrenaline.

2. The Penguin episode of Planet Earth. In the slap happiness of studying, those damn penguins gave me a wealth of giggles.

Side note: In my final semester of college, I had a total of zero finals. Awesome.

3. Does the Maclin punt return against Illinois count?

4. Doug is right on all accounts for this question. And to add on to what he said: Pony Excess? SO GOOD.

ZouDave: 1 - I was excited about the 2003 Independence Bowl because it was not only our first under Pinkel but I also was going to roadtrip to Shreveport to meet up with Bill C, BEEF, Jay-C and some others to spend some time and watch the game.  It was an awesome trip, despite a few missteps.  I also was really excited about the Cotton Bowl after the '07 season because it was our first time back there in God knows how long, and again I was going to the game but this time with my dad.  Roadtripping to a game is a great way to look forward to it.

2 - I am not the right person to answer this question, unless you want me to be an example of what not to do.

3 - Most people will probably say Brad Smith's first game, which is probably one of the best answers, but I didn't actually get to see that game so I can't really claim that one.  Ones that come to mind for me are Gilbert as a Sophomore against kansas, Maclin as a RSFR against Illinois and Daniel as a frosh against ISU.

4 - Instead of Leaders and Legends they should just go with Pompous and Entitled.  For us it should definitely be Texans and Others.

Doug: Please, like you have to ask. But, if you really want, I'll answer it: The Orange Bowl.

ZouDave: oh goodie our old friend Sheldon Richardson is waffling about whether or not to sign with USC and has said he will sign today, and it will be either Mizzou or USC.  Christ, can this just be over please?

Bill C.: What's awesome is, if he times this just right, we could go through this AGAIN in a couple months.  He could choose his college today, find out he's not quite ready to qualify, then choose his college again in February.  Crossing my fingers for that scenario.

(Ed. Note: upon further reading, I'm pretty sure this is incorrect. Pretty sure he's bound whether he qualifies in December or May.)

ZouDave: then that's exactly what will happen.

THEN what will happen is he'll go to USC, hate it there, quite halfway through the season and start getting recruited again since he'll have 2 years to play 1 season at some other D1 school.

Can you imagine what this guy will be like if he ever makes it to the NFL and then becomes a free agent?

Bill C.: The saving grace in that scenario is that when he quits USC, he will ABSOLUTELY declare for the NFL draft whether he's ready or not, which is all he's cared about all along.

ghtd36: Real-life scenario that I need the Roundtable's wisdom on:

Last night, I got a Facebook friend request from a girl we'll call Nancy. Nancy lived across the street from me when I lived in Houston (from ages 5-7).

When I was 7, I used a swear word for the first time. I called Nancy's older brother -- who was my age -- an impressively creative word for 7-year-old. This is a family blog, so I won't repeat it, but suffice to say that it rhymed with duck place.

Anyways, Nancy tattled on me to my mom. Now, as RPT can attest, my mom is a devastatingly sweet lady. But at this moment, my mom became a towering inferno of rage. It's no hyperbole to say that this moment was the last time I've been legitimately terrified of my mother.

Long story short, my mom did the whole "wash your mouth out with soap" routine with a bar of soap, and made what I believed to be credible threats to switch over to liquid soap. Yeah. She pulled out the big guns.

Anyways, I've always held this against Nancy. That is my lasting impression of her.

The question: is my grudge -- 17 years later -- still justified, or should I let bygones be bygones and accept her Facebook friend request?

ZouDave: You didn't answer the only obvious question:

ghtd36: Oh, and in a related note: happy birthday to my mom, who won't read this.

RPT: Fun fact: ghtd's mom is the real life equivalent of the mother from "Just Friends."

If you get that reference, you were apparently also dragged into seeing a Ryan Reynolds/Anna Faris movie by your significant other as well.

ZouDave: Effort:  We don't have it. 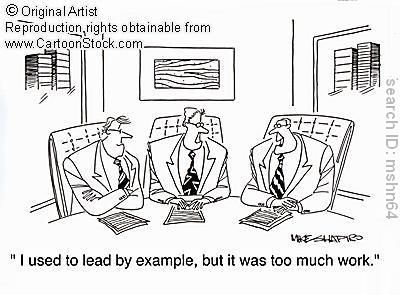 Michael Atchison: In honor of Tom Waits being elected to the Rock and Roll Hall of Fame, I’m sure you (like me) are spending the day listening to Swordfishtrombones.

For our readers unfamiliar with Mr. Waits:

ghtd36: How would you compare Tom Waits to, say, Dexy's Midnight Runners?

Michael Atchison: Apples to orangutans, both of which are awesome.

ZouDave: word is Sheldon Richardson is a Tiger

Michael Atchison: How does he feel about Tom Waits?

Michael Atchison: Apparently the hate-filled screeds posted to his Facebook page must have worked.

Bill C.: Optimist's view: I knew he'd come around! He's too good of a kid not to keep his original word.

Pessimist's view: Awesome. Now I get to worry about his effect on chemistry next year instead!

Michael Atchison: Let’s get the hype machine rolling.  Next year’s defensive line will be Mizzou’s best since _____________.

RPT: Good thing 95 percent of Mizzou message boarders swore off that cancer a month ago. That dumb selfish jerk.

Michael Atchison: If everyone is back, that’s really an insane amount of talent and depth.  I say we move Michael Sam to corner.  Get our best athletes on the field. 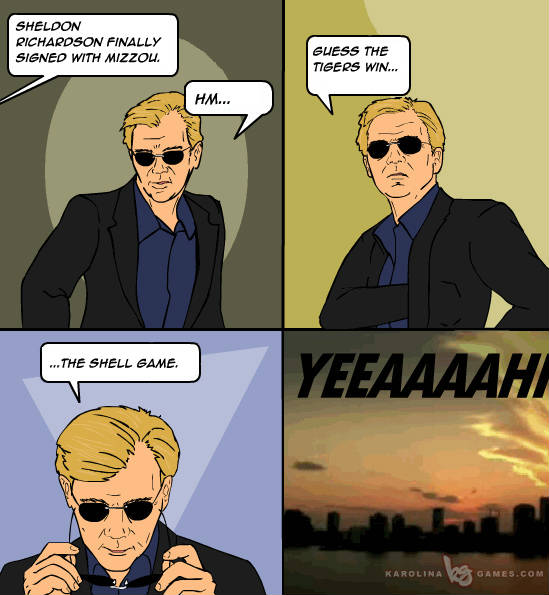 This will be the first time in a while that we get to experience a large number of people simultaneously distancing from comments they made less than a month ago.

I am legitimately surprised that he chose Mizzou. I figured it was a lost cause, especially once Lane Kiffin got his hooks in him.

Bill C.: There was really no outcome that was going to legitimately surprise me, even him signing with Miami or something.

ZouDave: so...would we rather have had Sheldon sign today or us get good news about Tony Mitchell today?

ZouDave: honestly mine is, too, because I know so much success about defense is dictated by the defensive line so getting this kind of defensive line talent cannot be overestimated.  He may not even be a starter next year, but think about how awesome the rotation on the line can be with Hamilton, Resonno, Richardson, Aldon, Jacquiese, Sam, Madison, etc.  We can now have "lines" for our defensive line and won't see much of a change.

I'd like to have Mitchell, too, but I don't think any deficiencies we're seeing in the basketball team right now are hinging solely on another big man.  Ratliffe is doing his job, we need our other players to bring their games up just a bit (and I say that knowing we're playing fairly well, just can be better).

Michael Atchison; Mitchell, only because one player can make a much bigger difference in basketball.

But I wouldn’t hold my breath awaiting good news about Tony Mitchell.