1 - What's the best part about bowl season?  Working out underclassmen for next season during bowl practices, seeing the revolving door of sponsors for bowl games, starting a rivalry back up that hasn’t been seen in over a hundred years, or other?

2 - KenPom currently has the basketball team slated to go 21-10, 8-8. If that’s reality, do we get in the tourney? And how close is that to being reality?

3 - With which of the border states major universities should Mizzou pursue an ongoing football series?

Michael Atchison: 1. The best part of the bowl season is the paranoia.  The paranoia about the selection process, the paranoia about selling enough tickets so that in the future you’re not passed over by a bowl you really want to go to, the paranoia that somehow some rival is getting some competitive edge by being placed in a bowl game that rightfully belongs to you.  People invest a lot of their emotional well-being in what is, in essence, an exhibition football game.  It’s nothing like the inferior basketball post-season system where everyone plays their way in and it all shakes out on the court.

2.  If that’s reality, they probably won’t deserve to go, but whether they would actually go will depend on how many middling teams are hovering around the bubble (last season, a team with that resume might get in, in lots of years, probably not).  The problem with that record will be the lack of signature wins.  Losing to Georgetown was a lost opportunity.  Tonight’s game is an opportunity, but it’s a home game, so it doesn’t count for as much.  Illinois is the only really big showcase left in the nonconference.  None of these games is critical, but all are important.  Likewise, going 8-8 in the league means that you’ve missed a lot of opportunities.

How close is it to reality?  At this point, I think it’s still a ways off, and partly it’s because Pomeroy’s numbers don’t have much to go on right now (Mizzou’s top three opponents are ranked 11, 97 and 126 in his system; the bottom three are 260 or worse).  Pomeroy has three of the Tigers’ losses coming in games where he gives them a 46% or better chance to win.  My guess is that Missouri’s projections would look a lot better had Georgetown’s last shot in regulation bounced off the rim.

That’s not to say that I don’t have some concerns.  This team has not played as well or with as much consistency as I expected.  But there are still teams to feast on in the Big 12.  I think they’ll get to 10 wins.

3.  The urge is to say Kansas, but I’ll say Iowa.  Arkansas could be fun, but there’s a frightening heart of darkness at the core of SEC football.  Iowa could make for an entertaining and highly competitive series.

(b) Jamey Johnson – The Guitar Song

Special mention for the three-song EP Choosing Sides by Hidden Pictures.  Some pristine local indie pop.  "Anne Apparently" is my favorite song of the year.

2 - I think Missouri will still struggle on the road in the Big 12. I don't think it'll be an even split record-wise, but the Tigers' main strength will still be playing at home. I think 10 and 6 is a better prediction for a final record, which will place them comfortably in the top half of the conference, and probably get them a first-day bye in the conference tournament, which should all add up to a Big Dance bid.

3 - The Illinois game contract expired, right? I guess that would probably be the first vote, but I could also make a case for Arkansas.

4 - Since the Beatles are on iTunes now, I'll nominate them, since that's the only way people by their music these days.

1 - Since Poulon Weed Eaters stopped sponsoring the Independence Bowl, my heart has been too broken to enjoy crazy sponsorships (though the Little Caesars Pizza! Pizza! Bowl almost sprung me back to life ... I mean, who knew Little Caesars was still in business??), I'll go with the "underclassmen get to practice more" thing. The coaches have raved and raved about the impact that has in recent years, so we'll go with that.

2 - The defense's ratings took an epic hit with all the 3-pointers that fell last week.  If Mizzou's perimeter defense doesn't improve (and I expect that it will improve with more experience), then Mizzou will come a lot closer to 8-8 than we want to see.  I still think 10-6 to 11-5 is still most realistic.  That would be pretty disappointing considering our hopes when the season began, but we'll see.

3 - I'll say Tennessee simply because I find it funny that Missouri actually borders Tennessee for, what, about ten miles?

4 - Good god, has this year been great for hip hop.  Like, the best since 2002 I think.  The Roots', Kanye's and Talib Kweli's albums were all incredible, the Wu-Tang/Beatles mashup from January was so much fun (and yes, I count that), Big Boi's album was much, much better than I expected ... Cee-Lo (if we're counting that--it's more R&B than anything, I guess) ... Gorillaz ... so much good stuff.  Even Eminem was pretty good.  Good thing, too, because I'm not sure I've ever been more bored with the major indie groups out there.  I tried Titus Andronicus ... no.  Yeasayer ... no.  Caribou ... Band of Horses ... Beach House ... Vampire Weekend.  It's all fine ... and I hardly remember any of it when it's done.  Guess that means I'm getting old, huh?  Damn kids and their damn frivolous songs.

RPT: 1. There's something about ridiculous interregional matchups that's good for the soul, like Air Force and Georgia Tech meeting for a game that may legitimately end in two hours.

2. WHAT DOES KEN POM HAVE AGAINST MISSOURI? BOO I HATE KEN POM HE'S SO BIASED.
/laying it on pretty thick

3. Wouldn't this open up Bill's proposed "home-and-road" where we play in Memphis every year?

4. In two different categories, I'll give the smallest of edges to B.o.B's "Adventures of Bobby Ray" over Kanye's new album in the rap category, and in an upset, give me Turnpike Troubadour's "Diamonds and Gasoline" over Ryan Bingham's "Junky Star" in red dirt.

RPT: So, 12 hours too old to play high school football?

Where was this crack enforcement staff when the Chinese were running out 8-year-olds in the 2008 Olympics?

Doug: Don't some Texas high schools have 21-year-olds playing for them?

RPT: I get the feeling this may be a screenplay for the dude version of Never Been Kissed. 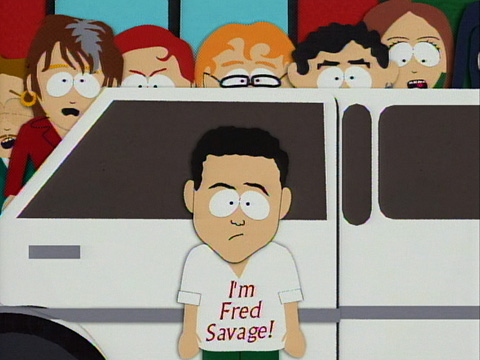 I mean, I know my life already peeked. But at least I know it.

ghtd36: Or "peaked." Damn you, homonyms. I'm a professional wordsmith!

ZouDave: In case everyone wants to know what I'm been doing since Friday afternoon, here's an artist's rendition:

ghtd36: I'm sorry, but he better be out for real this time. If he pulls this crap again where he comes back after two weeks, he needs to be torched by the media.

Beyond that -- you have one bad year and you bail? Pretty sorry.

Doug: You know, Mark Mangino built a house in Florida...

ZouDave: Mark Mangino IS a house in Florida

Doug: Which is good, because he remains unaffected by the housing market downturn.

Doug: However, if sea levels really do rise, then he's screwed.

ZouDave: you trying to say that thing won't float?  He'd be a flotation device for the greater Orlando area.

ghtd36: In all seriousness, besides internal candidates, who's on that list?

Doug: Well, it'll be interesting to see if Miami and Florida get into a bidding war for someone, and Leach may very well be on the top of both of their lists.

Bill C.: No way in hell is Leach at the top of Florida's list.  You have to figure the order is Stoops (who will absolutely, positively say no), Mullen, Strong.

ghtd36: God, what a boring list that is. Will you please let us wildly speculate, Bill?

ghtd36: In related news: I already kinda miss the Wannstache.

Michael Atchison: Nice random Garrett Atkins reference.  He’s my wife’s cousin.  I was at his house in September.  Yes, it was lovely.

Doug: Given this reaction, I'm kind of surprised Atch took the risk of mentioning it at all.

Michael Atchison: I never said anything because I thought you’d mock his WARP.  And I was right.

ghtd36: So, part of my job is to cull a weekly community calendar.

You'd be surprised how little is going on between Dec. 20 and Dec. 27.

ghtd36: As I Twittered -- follow me @Tepper (!) -- that was more predictable than Derek Jeter signing with the Yankees.

That said...let me defend Jeff Francoeur here. He's a very serviceable fourth outfielder. The problem is that A) he was supposed to be a lot more than that, and B) the Royals are presumably going to let him play every day.