This is the second in a (hopefully) six-part series highlighting 10 things you may not know about Mizzou's opponents in the NCAA Tournament. Please keep in mind that while everything below is true, it's meant in jest.

1) I'm going to start this version of "Better Know An Opponent" in a different way than usual: by addressing the West Virginia faithful directly. I need to get out in front of this one.

Dear Mountaineer Fan who has stumbled upon this post:

It has come to my attention that your fan base has gained a reputation for being, um, intense. You guys have been known to throw things on the field, hurl things in the direction of opposing teams and have apparently set around 1,100 street fires between 1997 and 2003.

So, with all of that said, I feel it necessary (for my own safety) to reiterate to you that EVERYTHING WRITTEN IN THIS IS A JOKE.

Because you're not, West Virginia. You're an intelligent group of humans who can understand that things written in jest are not cause for making death threats.

And yes, I'm writing this so that you don't make death threats against me.

Plus, we both hate Kansas, right? That's something!

Thank you for your readership, and God bless.

2) On to the funny stuff that hopefully doesn't get me injured!

it can't be that bad, right?

Uh. Sure it's lovely!

Anyway, to be totally honest, Morgantown seems to be the a jewel in an otherwise forgettable state. It's the fourth-largest city in the state behind the capital Charleston, Huntington and Parkersburg. I'd be lying if I told you I'd heard of all three of those cities.

But seriously, Morgantown is a highly touted city that has taken home a variety of national awards. What follows is a list of ten awards that Morgantown has won in the past, including three that I made up. Try to spot them!

-No. 1 "Dreamtown" in America, as named by BizJournals.com

-Whitest City Evar, as named by the National Association for the Advancement of Honkys

-5th Best Place for Business and Careers, by Forbes

-No. 3 "Dreamtown" in America, as named by FurnitureArsonEnthusiast.com

The Morgantown Personal Rapid Transit system uses 73 vehicles that kind of look like miniature buses, and rides on a series of tracks around Morgantown like a monorail. They go up to 30mph all around Morgantown, and it's all powered by electricity. I've done a ton of research on this (seriously, I'm fascinated by this type of crap) and here's how I figured out it works:

-You go to one of the five stations around Morgantown (including one right in the middle of the cluster of dorms on the WVU campus, which is BRILLIANCE)

-You swipe your card (it's free for students/faculty, and $0.50 a ride for citizens)

-Within five minutes, one of those little buses show up and take you anywhere you need in Morgantown

That's awesome, if you ask me. But it's an idea I had actually thought of about ten years ago. I even wrote a screenplay for it. 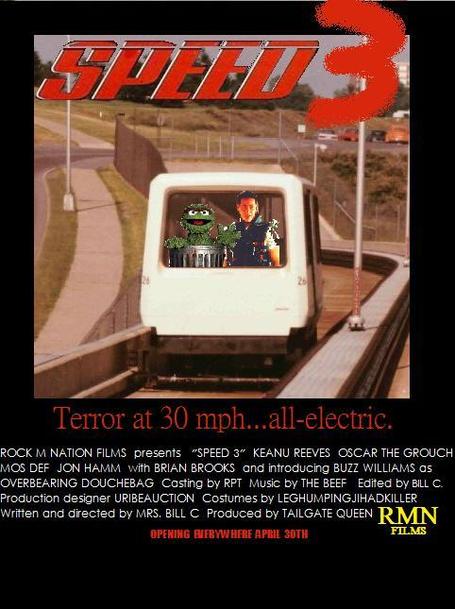 4) West Virginia University boasts one of the top forensic science programs in the nation. The program was established through a partnership with the FBI, and has become nationally recognized as one of the strongest in the world.

And if you didn't think I was going to take advantage of the terrific "CSI Meme Generator", you're kind of dumb. 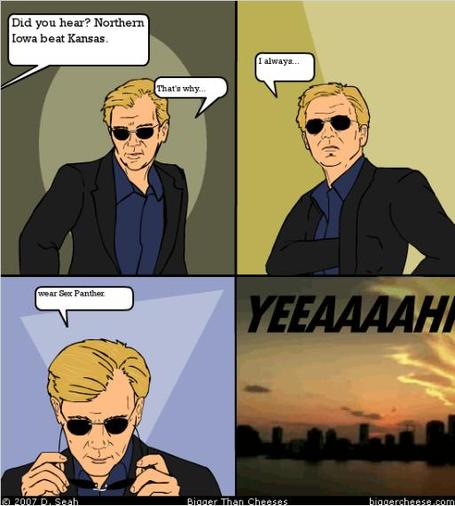 5) Now, I'd like to introduce a new recurring meme in Better Know An Opponent. I call it "ghtd36 Captions Stock Photos From The Opponent's University Web Site." 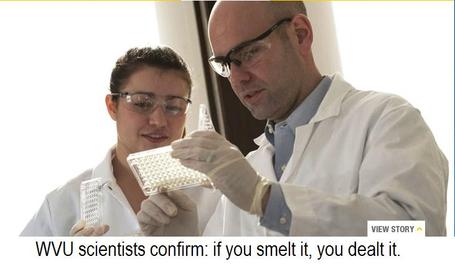 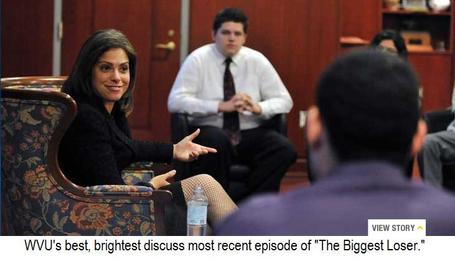 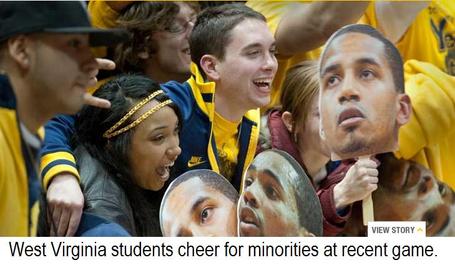 6) Another one of the things that West Virginia hangs its hat on is its extensive library. The University has six libraries on its Morgantown campus, boasting 1.5 million printed volumes, 2.3 million microfilms and over 10,000 electronic journals.

Or, as I call it, one external hard drive.

West Virginia University: Where Technology Is Something To Be Burned At A Stake.

7) Hmm. I wonder what I'm going to put in this EMBARRASSING ALUMNI TIME! 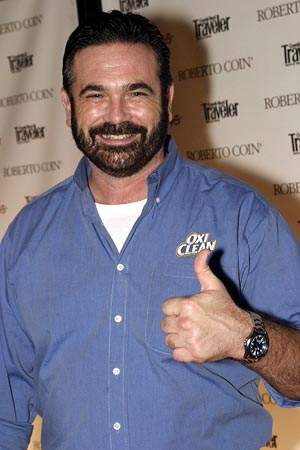 TV spokesman, cocaine enthusiast and PERSON WHO SPOKE ONLY IN THE LOUDEST POSSIBLE TONE OF VOICE Billy Mays. 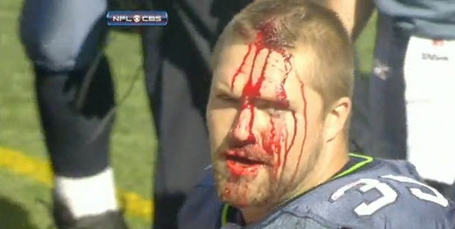 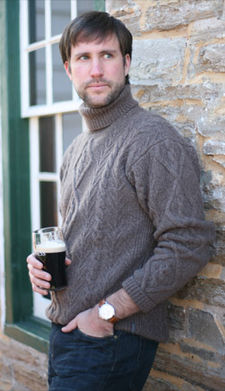 Matt Carson, author of On A Hill They Call Capital: A Revolution Is Coming‎ who is silently and viciously judging you whilst he holds his Guinness. 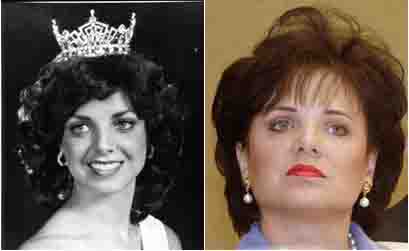 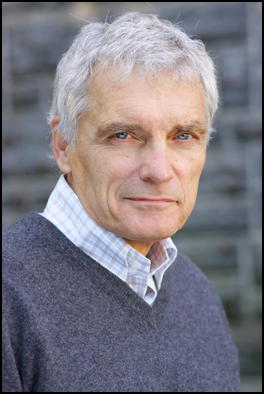 Actor David Selby, a fine actor who played Gary Ewing on Knot's Landing. But more importantly, he played the Dean in "D3: The Mighty Ducks." WHAT A JERK.

8) I did leave one important alumnus out of the "embarrassing alumni" portion of our presentation, and that's Natalie Tennant. 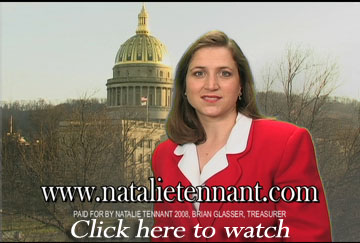 Ms. Tennant is the current Secretary of State of West Virginia, a Democrat in a heavy-Red state. But she's a proud alumnus of WVU. Why was she elected?

She used to be the mascot.

That's right: the current Secretary of State of the entire state of West Virginia used to dress up like a Mountaineer. Gun and all. 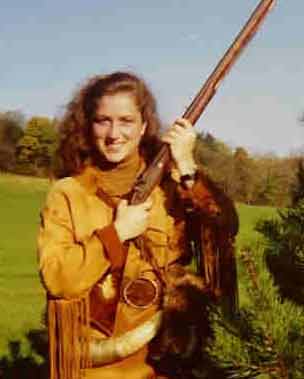 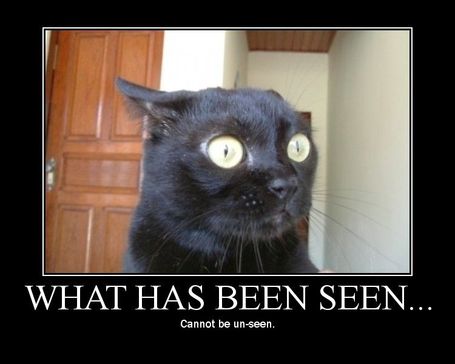 9) A sort of spectacular controversy occurred around West Virginia in 2007, when Heather Bresch, the daughter of West Virginia governor Joe Manchin and the COO of pharmaceutical company Mylan, was accused of having a false Executive MBA degree from WVU. An investigation ensued and proved this to be true.

How they missed it, considering the degree, is sort of baffling. 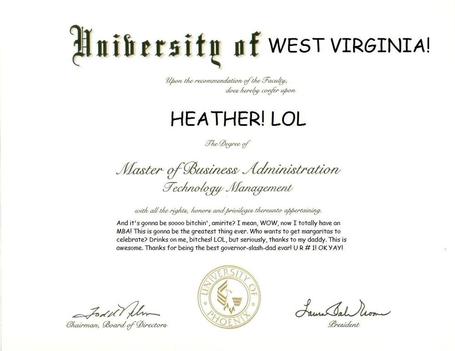 10) And, as promised, here are the top three candidates for the recently held "Bob Huggins Look-Alike Contest." 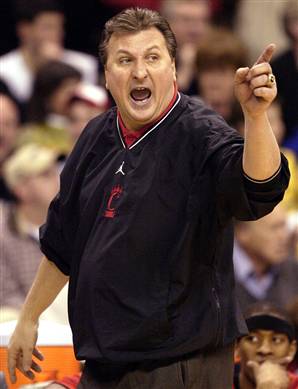 Vote for your favorite in the poll below. The winner gets nothing! 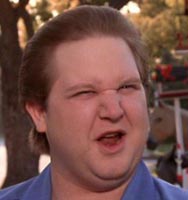 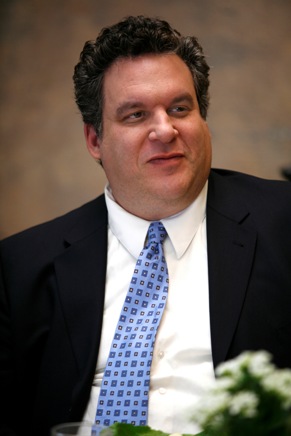 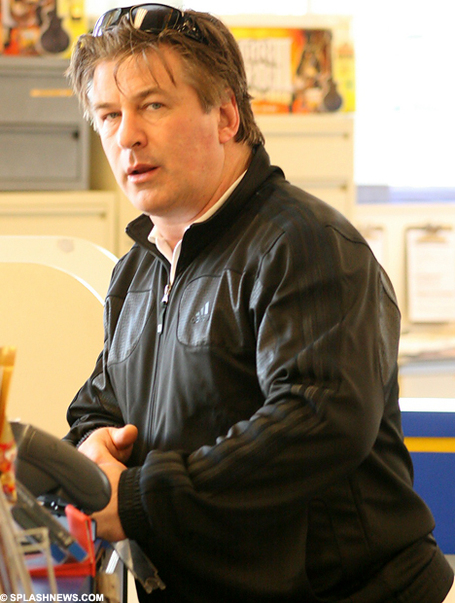 Me? I just say he looks like a scumbag.

Tune in (hopefully) next week for another edition of "Better Know An Opponent!"