This post is sponsored by US Cellular, who asked members of certain fanbases to recall great last-second March moments.  Mizzou had one relatively recently.

You're asked to come off the bench to shoot two free throws for an injured teammate.  What happens next?

If you're Missouri's Kim English, in the second round of the 2009 NCAA Tournament, you calmly drain both shots as if you were born ready for that moment.

After a five-year tournament absence that included minor probation and the firing of a coach, the Missouri basketball program was on shaky ground.  In two seasons at the helm, Mike Anderson had brought an entertaining style of basketball to Columbia, but the wins had not yet followed.  Fan interest had waned, and expectations were not especially high for 2008-09.  But led by seniors DeMarre Carroll, Leo Lyons and Matt Lawrence, plus an infusion of freshman talent, Mizzou got hot.  Not only did they make the NCAA Tournament in 2009, but they did it as a 3-seed.  They won the Big 12 Tournament and headed to Boise at 28-6 overall.  After cruising through the first round game against Cornell, the Tigers took on Marquette and burst ahead to a 45-30 lead late in the first half, thanks primarily to a scoring explosion from young English.  But the lead crumbled away, and Marquette took a four-point lead with under two minutes remaining.

This was not a Missouri team averse to adversity, however.  They clawed back and tied the game at 79-79 with under 30 seconds remaining.  Tough-nosed Tigers guard J.T. Tiller drove to the hoop with under ten seconds remaining and drew a hard foul.  He landed on an already-injured wrist, and despite the fact that he was one of Mizzou's best free-throw shooters, he had to come out of the game.

Enter English.  The freshman was not a great free-throw shooter, but he had come through all game long, scoring 15 points in the game's first 39:55.  Anderson took a chance on him, and English swished both shots.  Missouri won, 83-79, and headed to their first Sweet Sixteen in seven years.  They would go on to upset Memphis, one of the tournament's favorites, in the next round, but they would not have gotten there without the cool, calm freshman from Baltimore, who carried Mizzou when they needed it and came through in the final seconds. 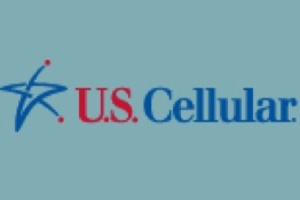