Share All sharing options for: Introducing ... The Rafters (Vote #1) 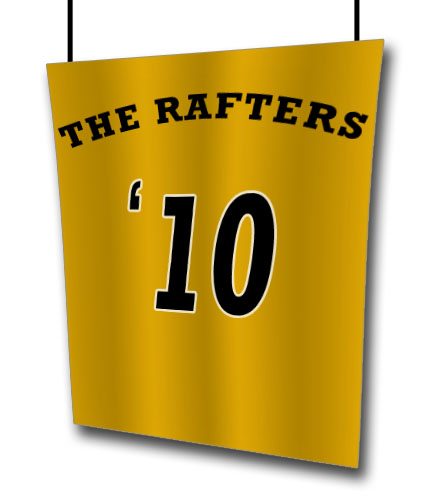 Does this, like our Wall of Excellence, skew toward recent history?  Yeah.  But this isn't a poll to choose the five best Mizzou players of all-time (there's no point to that anyway -- Michael Atchison already created the definitive list) -- it is an attempt to recognize both the present and past in a way that generates conversation for RMN readers.

We start with what is by far the biggest pool of players, Tier 5: The 1970s and Earlier.  Below are ten nominees from this period, ordered from most recent to least:

(Why no Kim Anderson, Larry Drew, or other recognizable stars from the 1970s?  Because we wanted to make sure to include stars from throughout Mizzou's history, including those from the 1950s and arguably Mizzou's single most successful era -- the late-1910s and early-1920s. Bunker and Browning might not be as recognizable, but they were as or more successful.  If you want to vote for someone not on this list, go ahead and leave your top three in the comments section below, specifying that you have an "Other" in there.)

Break out your copy of True Sons, or read the bios after the jump (culled from Atchison's corresponding True Sons blog), and make your selections at the bottom of this post.  Hopefully this will be a fun experience for both sharing your opinions on Mizzou's great players and learning about some of Mizzou's great players.

All photos below are from the MU Archives' unbelievably valuable Savitar archive. 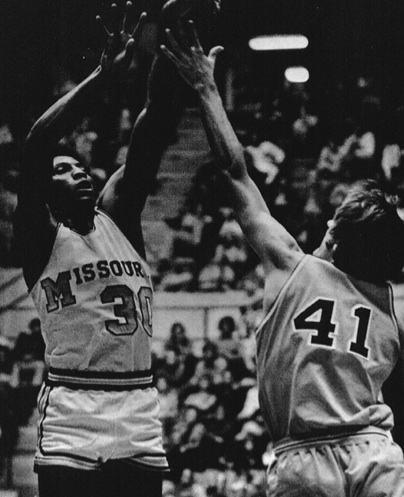 Willie Smith enjoyed the most spectacular two-year career in Missouri history. A junior college transfer, Mr. Magic was All-Big Eight as a junior. Then, as a senior, Smith produced the finest individual season ever by a Tiger, and won conference player of the year and All-America honors. Recruited for his defense, in 1974-75 Smith became the first Tiger to score 600 points in a season. The next year, he became the first to score 700, while also establishing a new Missouri single-season record for assists. A left-handed shooting guard, he had range well beyond 20 feet in an age before the three-point shot. In his electrifying senior campaign, Smith led Mizzou to its first conference title in 36 years and its first NCAA Tournament appearance in the modern era. He saved his best performance for last, raining 43 points on Michigan in the Tigers’ heartbreaking loss in the Elite Eight, an effort Tiger fans still speak of reverently. His 25.3 point per game average in 1975-76 is still a Missouri record, and his career average of 23.9 is a full four points ahead of his nearest competitor. The most explosive player ever to wear the uniform. 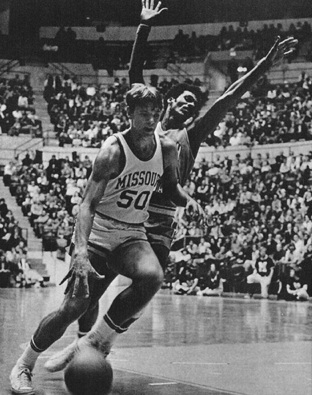 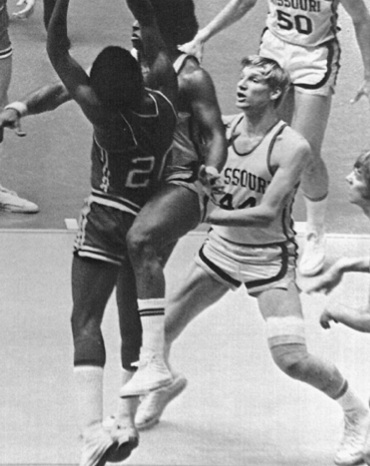 Strong as a horse, smart as a whip, bigger than most, but small for his position, hard-working Al Eberhard helped power the Tigers to their first two 20-win seasons. He also combined with John Brown to give Mizzou its best frontcourt tandem in decades, maybe ever. As a sophomore, Eberhard established himself as a force, earning the first of his three MVP trophies at the Big Eight Holiday Tournament (he scored 33 to help defeat Kansas State in the final) and finishing second on the team in scoring and rebounding behind Brown. Big Al (he stood 6’5" but defended men a half-foot taller) was even better as a junior, averaging 17.0 points and 9.3 rebounds. As a senior, Eberhard stepped out of the departed Brown’s shadow. He was named first team All-Big Eight while averaging 19.7 points and 12.0 rebounds per contest. With 16.8 points and 10.1 rebounds per game (third-best all-time), Eberhard is one of only four Tigers ever to average a career double-double. 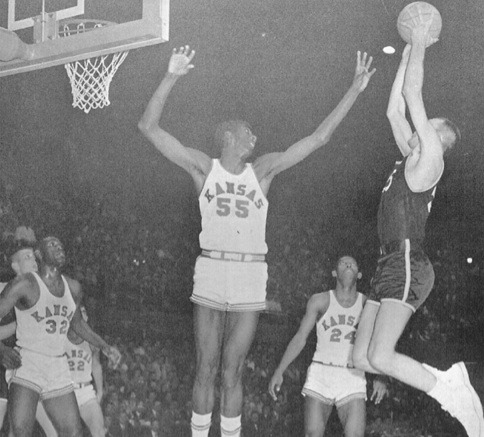 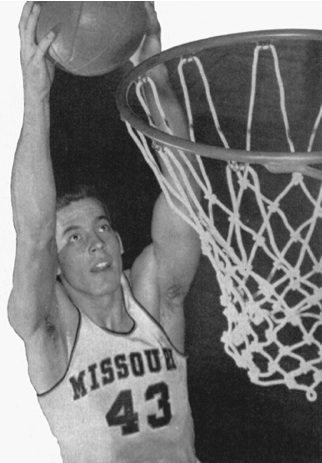 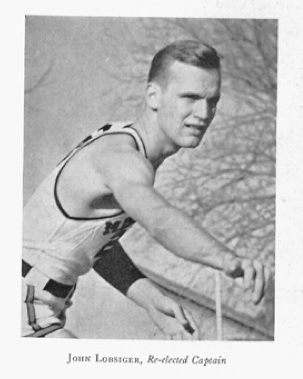 Gary, Indiana’s John Lobsiger was the finest player in the twenty seasons that George Edwards led the Missouri program (1926-46). The rough equivalent of a modern point guard, the 6’3" Lobsiger made potent use of a one-handed set shot and guided Missouri’s offense with his superior ball handling and passing. All-Conference and All-America each of his final two years, Lobsiger captained the Tigers to shares of the Big Six crown in 1939 and 1940 – their last league titles for 36 years. 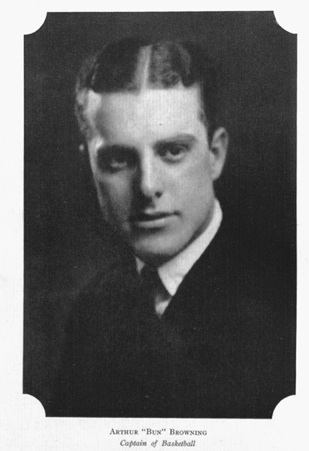 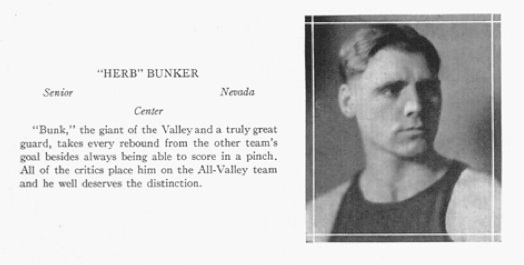 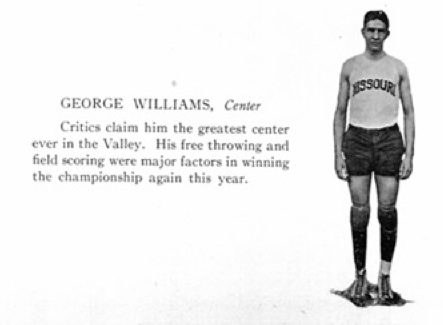 Results will be revealed next week.