The Rafters, Class of 2010: Steve Stipanovich

Share All sharing options for: The Rafters, Class of 2010: Steve Stipanovich 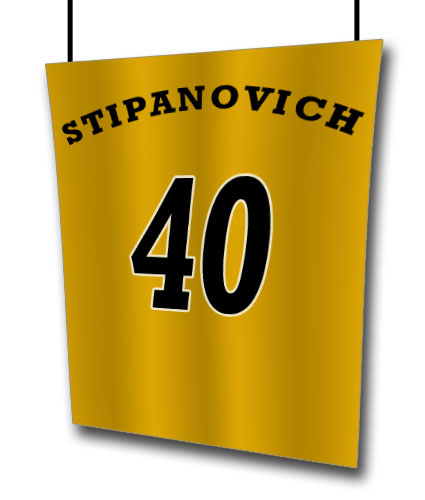 It is time to induct our first five members into The Rafters, a RMN Basketball Hall of Fame, so to speak. Members were chosen from five different eras: the RMN era (2007-present), the early 2000s (2000-06), the 1990s, the 1980s, and the 1970s and earlier.  Our second inductee comes from the early-1980s, and he may just be the best player in Mizzou history.  He battled with Ralph Sampson and Patrick Ewing, he led Mizzou to four straight conference titles, he was the second pick in the NBA Draft, and he and his partner from Blue Springs led Mizzou into is longest (mostly) sustained period of success under Norm Stewart. 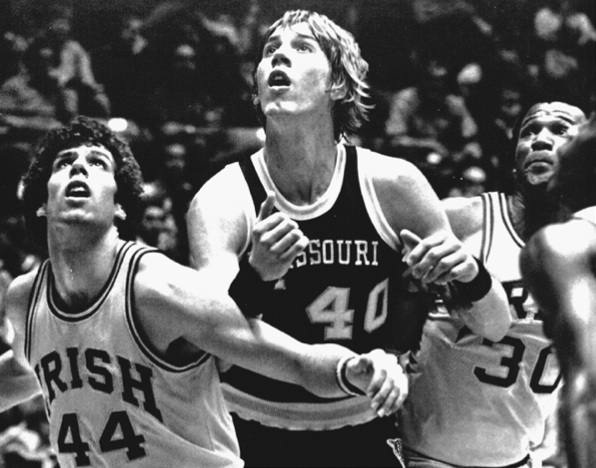 Michael Atchison: A transformative figure in Mizzou hoops history. Under Norm Stewart’s guidance, John Brown had led a resurgence for Tiger basketball, and Willie Smith had briefly elevated the program to a more national significance. But more than anyone, Steve Stipanovich symbolized the rise of Missouri as a consistent power and a dominant presence in the Big Eight conference. A preternaturally-skilled 6’11" center from St. Louis, Stipo shared his four seasons at Mizzou with Jon Sundvold, the dead-eye shooter from Kansas City, and collectively, their achievement was stunning. They made Mizzou the only program ever to win four straight Big Eight championships, capturing the crown in each year of their careers. They led the Tigers to 100 victories, the best four-year run in school history. And Missouri achieved its first-ever number one national ranking in their stellar junior season. Individually, Stipanovich was a revolutionary player. A powerful post presence with a shooting touch to twenty feet, Stipo started all 31 games as a freshman, led the team in scoring, and was named Big Eight Newcomer of the Year. The next year, he set a school record for blocked shots. As a junior, he made his first All-Big Eight team. As a senior he made his second, in addition to being named Big Eight Player of the Year, earning various first and second team All-America honors, breaking his own blocked shots record, outplaying national player of the year Ralph Sampson head to head, and averaging 18.4 points and 8.8 rebounds. He also earned a spot on the Academic All-American team. At the end of his career, Steve Stipanovich owned the Missouri record book, ranking first all-time in scoring, rebounding and blocked shots (he now ranks fourth, third and second, respectively, in those categories). Truly, a Tiger for all time. 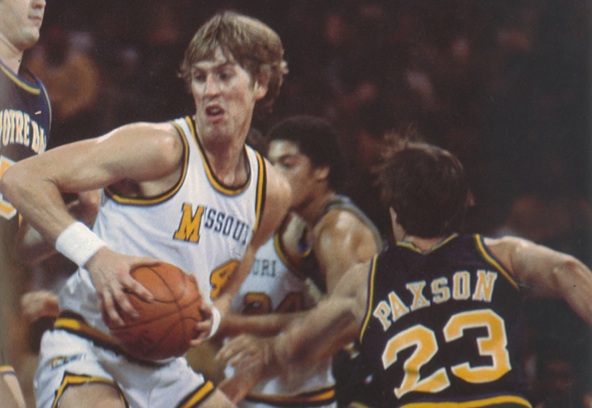