RPT is likely passed out in an Austin alley somewhere, so we probably won't hear from him, but for everybody else...

1 - For each Final Four team, give me their odds of winning the title.

2 - Three Final Four teams are in the nation's top ten in offensive rebounding, while the other (Butler) is 13th in defensive rebounding (best in the Final Four).  How much of a signal is this?  Has rebounding become the single most important factor in college basketball, or is this a sort of "one tourney does not make a meme" deal?  After all, two years ago we all said parity was dead because all four #1 seeds made the Final Four, and now, two years later, parity's all the rage again.

3 - Cody Hawkins is refusing to speak to any news outlet that has spoken negatively of his father.  Since that means he won't be speaking to a single news outlet for the rest of his college career, what should he do with all of this extra free time?

Doug: 1 - Whoever wins Duke versus West Virginia... there's your national champion.  I don't know what the percentages are, but either the Blue Devils or the Mountaineers will have a better-than-a-coin-flip chance against the Spartans or Bulldogs.

2 - Give yourself more chances at making baskets and limit the number of chances your opponent gets doesn't sound like a meme to me.  I think the adage pretty much is: "Control the board, control the game".

3 - I don't know.  Go to class?  According to Wikipedia, he still hasn't decided on a major, and generally most fifth year seniors have some idea what they'll get a diploma in by that point.

4 - Since I've not exactly been a close follower of Badu's career up to this point, I'll go with kind of weird.

2. Like Doug said, it's no shock that teams that get extra possessions win more games.  I don't have all the stats plugged into my brain, Bill C-borg style, so I'm hesitant to say that it's the single most important factor, and this is also a small sample size - these aren't the four best teams, they're the four who have won four games in the past two weeks.  I don't have any doubt that teams that create a lot of turnovers and who don't turn it over much - who could I be thinking of? - could have similar success.  But my guess is that rebounding advantage is a bit more consistent from game to game than turnover margin (again, a guess; that could be completely wrong).

3. I really had to think for a moment to remember who Cody Hawkins is.  Football has been pushed back to the deep recesses.  I'm also not talking to any media that has poor-mouthed Dan Hawkins, and my days seem to be full.  He'll come up with something.

4. I saw Erykah's new offering for the first time yesterday, and it seems to be the perfect distillation of all that is Badu.  I think she better call Tyrone, say she got no clothes on.

ghtd36: Morning, chumps. I'm back from spring training in Arizona, and I'm ready to talk some baseball!

I hate you guys.

1- Duke's the clear favorite in my mind; probably a 40% overall favorite. Then I'd probably say Butler, only because they're the one team besides Duke that is healthy (what with Lucas and Bryant out). Call Butler a 30% chance, followed by West Virginia at 20% and Michigan State at 10%. That adds up to 100%, right? Awesome.

2- I'm extremely hesitant to point to one thing and say "Oh yeah, that's the difference!" Look at Cornell; they made a run and were America's Sweetheart for a little bit because they could shoot the lights out. I think that like any other thing, it's the sum of the parts. Mizzou was a couple layups away from going to the Final Four a year ago, and they were a mediocre rebounding team.

4- Ah, Erykah Badu, the second-hottest Dallas-born singer. A shiny nickel if you can name the first.
I still find it very strange whenever I see Dealey Plaza, only because it's, well, in my town. I drive by it every day when I come into work. And that's where one of the five most history-altering events in this nation's history (arguably) occurred. Just bizarre more than anything. You drive someone around Dallas and say "Oh, here's where the Mavericks play, this is where I work, oh, and this is where KENNEDY WAS SHOT THROUGH THE HEAD." Makes for a nice conversation piece at least.

Anyway, that's Badu's bit: she's pretty, she's talented, but she's just a little weird. It's par for the course, if you ask me.

RPT: "RPT is likely passed out in an Austin alley somewhere."

Hey, I resemble that remark.

ghtd36: Damnit, RPT is alive. My grandiose plan to stage a coup crumbles before my eyes.

ZouDave: Sorry I'm just now getting to this.  Had a sort of busy morning.

2 - Rebounding is a very, very important part of basketball but nothing really ever tells the WHOLE story.  It's hard to beat a strong rebounding team because you don't get 2nd chance points, and they do.  And rebounding isn't normally the kind of thing that is "on" or "off".  Steals is another stat that makes a team hard to beat, but you can go cold on steals if the other team has great ballhandlers, the refs are whistle-happy, or if the other team runs a slow, disciplined offense.  I'd personally rather have a team that is great at rebounding as opposed to great at steals, but either is good.  Both would be just fine.

3 - How about learn to throw a fucking forward pass to the right team?

4 - Don't have time to watch it right now, so I'll just say:  the penguin was unexpected. 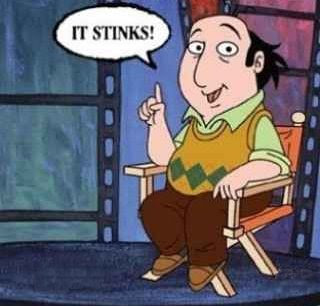 Bill C.: Seriously, am I going to have to actually respond to my own questions to get this thing going?

Bill C.: Question #1: Are you aware of IT Security?

Thank you for taking the annual IT Security Awareness training.

Doug: Yeah, if only it were so easy.

But, then, it wouldn't be packed chock full of unintentional comedy.

ghtd36: By the way, Billiam, I read your Tweet about eating lunch at the Heidelberg.

Bill C.: I just spent five minutes trying to think of a better one and came up empty.  I would pay $20 for the Green Chili Chicken Fingers with buffalo sauce at Flat Branch, so the fact that I DON'T have to pay $20 for them is a pretty good deal ... but I don't think that counts.

ghtd36: To me, there's only one challenger: dollar burgers at Big XII. But the problem is that the burgers simply aren't that good.

As for Flat Branch, I would eat anything with Choke 'n' Cheese on it. I mean it. Anything. I would eat a worn-out tire if it had that slather of heaven on it.

And yeah ... the food still has to be somewhat palatable to count, otherwise $0.20 is too much.

ghtd36: Can we all agree that Shakespeare's is at least mildly overhyped?

I WILL SAVE THIS ROUNDTABLE WITH COLUMBIA FOOD TALK.

And expensive.  I like it a lot more now that I can somewhat afford it than I did in college.

ghtd36: I guess then I was just sold a bill of goods when I came to Mizzou. I was told over and over that SHAKESPEARE'S IS THE GREATEST THING ON THIS EARTH OMG IT'S SO GOOD.

Then I went, and while the pizza is good... it's just that: good. It's not even the best pizza in Columbia, if you ask me (what up, G&D Pizza & Steak, perpetually and inexplicably underrated).

Tiger Stripe Ice Cream, on the other hand, lived up to and exceeded the hype.

/guy who just lost 50 pounds probably because he left Columbia

ZouDave: I would drive to Columbia right now for Shakespeares.

Then, I want to punch him in the junk for dissing Shakespeares.

Then, I want to shake his hand for giving G&D the love it deserves.

Then, I want to punch him in the junk for reminding me that I'm a lot older than him.

Doug: Don't throw your back out during the punching.

You're not as young as he is.

ZouDave: just grab his hand, make him hit himself in the junk, and call it even.

ghtd36: I think all of you guys are old enough that if you are even remotely active, you have to refer to it as "being spry."

Michael Atchison: Flat Branch didn’t open until after I earned two degrees from Mizzou and skipped town, but it still ranks as my favorite place in CoMo (and it earned its rightful place on Esquire’s list of Best Bars in America).  I think the best Mizzou thing I can imagine is eating a Shakespeare’s Pizza inside Flat Branch while drinking an Oil Change Oatmeal Stout and watching Mizzou beat Kansas at AFH on one of the TVs at the bar.

Michael Atchison: In November 1997 at 4:30 am I was still at the office working on a summary judgment brief.

No... wait, that just sounds depressing.

Michael Atchison: The depression doesn’t fully hit until you get home and see the next day’s newspaper waiting for you in the driveway.  Then you get up two and a half hours later, read it, head back into the office and try to decipher what you wrote the night before.

Sorry, more accurate: on Mondays in November 1997, I was still up playing EA NCAA Football, realized what time it was, and had to get ready to go do closed-captioning at KOMU.

Bill C.: By the way, in case it hasn't reached the world of Rock M yet ... my favorite new meme blog.

ghtd36: Hey, you guys remember when the Challenger exploded?

and I hate you.

ghtd36: I wish RPT were here, so I would have someone to relate to about having Internet in college.

ZouDave: interested to see the demographics of RMN's readers with what kind of comments you're going to draw.

Michael Atchison: Internet?  We didn’t have air conditioning.  Or cable.

Bill C.: Hatch Hall had internet (in the labs, anyway) and cable, but no A/C.  Broke my heart when I found out a few years ago that they were finally putting A/C in the rooms.  It's not the true Hatch Hall experience if you're able to actually sleep under covers before mid- to late-November.

Doug: Oh, please, you're not that young.

I had cable, A/C and ethernet.  Hell, my freshman year was when Napster hit big.

And it was awesome.

ghtd36: My guess on the RMN demos:

60% fall in with me (whippersnappers)
30% fall in with you guys (contestants on 'Who's More Grizzled')
10% celebrities like Michael Buble and his velociraptor stalker.