Share All sharing options for: The Wall of Excellence, Class of 2010: Vote #1

We are redefining the tiers for the second go-round. The Class of 2010 will still skew a bit toward recent history, but not as much.  Here are the tiers for this year's six inductees:

Today we begin with Tier I, the pre-1950s.  What Gwinn Henry started in the post-WWI era, Don Faurot continued in the late-1930s and 1940s, and Mizzou built itself a decent history in the first part of the twentieth century.  Below are your seven pre-'50s nominees.  All but one of them are members of the Missouri Intercollegiate Athletics Hall of Fame.

Once again, all photos below are from the MU Archives' unbelievably valuable Savitar archive. If a picture seems erroneous in any way, please let me know. 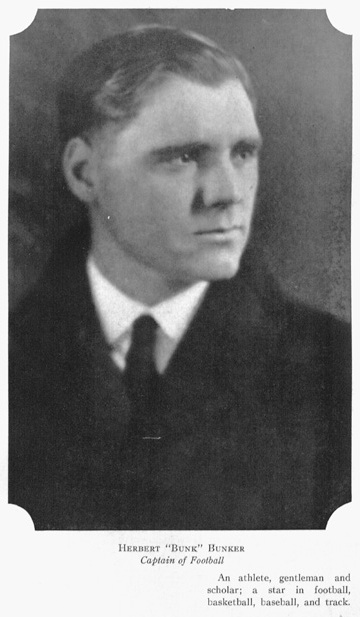 Hall of Fame Bio: A native of Nevada, Mo., Bunker is one of only two four-sport letterwinnners in Missouri athletic history. He lettered in football, basketball, baseball and track and field, between 1920-23. In basketball, Bunker earned all-Missouri Valley Conference honors as a guard in 1921 and `922 and was an all-American in 1921 and 1923. A tackle/center in football, he captained the Tigers in 1922. He was a catcher/outfielder in baseball and threw the shot put on the track team. A Phi Beta Kappa student who earned a Ph.D. in sociology, Bunker headed Mizzou's department of physical education for many years before retiring in 1965. He spent nine years as football coach and athletic director at Culver-Stockton College in Canton, Mo., and also coached at Missouri, Auburn and Florida, and at Paseo High School in Kansas City, Mo. 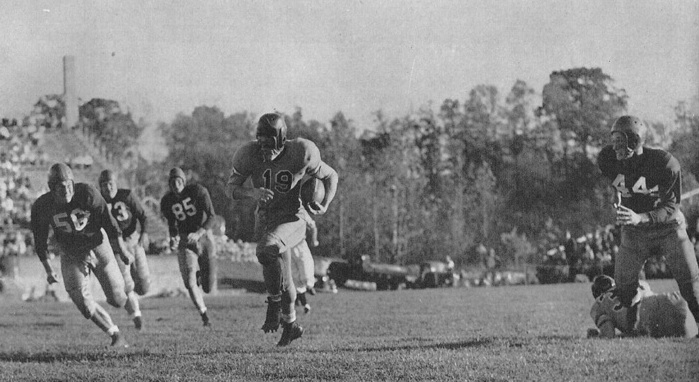 Known as one of the best Split-T quarterbacks of the formation's first decade, Bus was a post-war star. 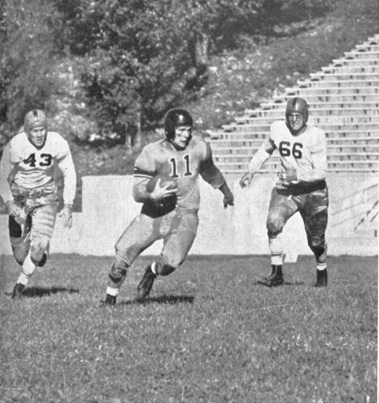 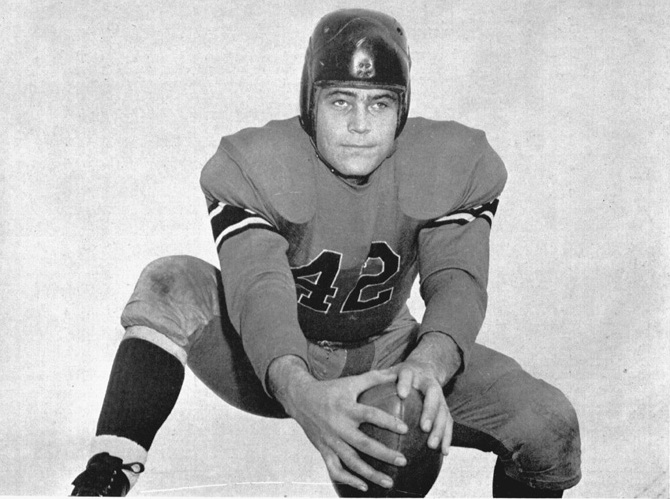 A mean s.o.b. dominant enough to get his number retired, Jenkins was the X-factor in the Split-T's initial success.

Hall of Fame Bio: A center/linebacker from Higginsville, Mo., Jenkins starred on Missouri's football teams in 1940 and '41. He was all-Big Six both years, and as a senior, served as team captain and won all-America honors on Don Faurot's 1941 Sugar Bowl team. He was named to the State of Missouri Sports Hall of Fame in 1976. During World War II, Jenkins served as a bomber pilot. He was shot down on his 27th mission and spent 17 months in a German POW camp. 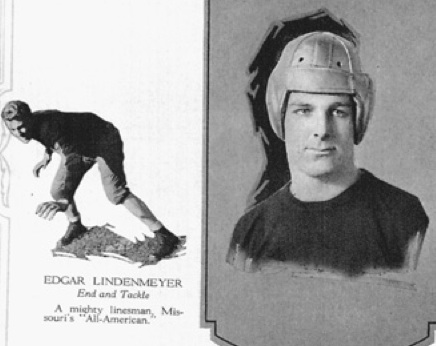 Missouri's first All-American, Lindenmeyer was an athletic lineman on Missouri teams that went 7-2 in 1924 (attending their first postseason game, the Los Angeles Christmas Festival game against USC) and 6-1-1 in 1925. It was with Lindenmeyer leading the way that Mizzou garnered national attention for the first time.

The first Split-T quarterback, Steuber was absolutely dominant. He took over for Pitchin' Paul Christman, a seemingly thankless job, and ran and pitched his way to a retired number.

Hall of Fame Bio: A star halfback out of CBC High School in St. Louis, Mo., Steuber lettered at MU in 1940-41-42. He was a two-time all-Big-Six selection, who won all-America honors in 1942, and is one of three Tigers to have their jersey number (37) retired. He still holds six scoring and one rushing record at MU and his 2,030 career rushing yards ranks fifth in school history. That total stood as the MU career rushing record for 28 years. He posted MU's first 1,000-yard rushing campaign in 1942, ranking second in the nation with 1,098 yards. When MU led the nation in rushing in 1941, he was third in the nation with 855 yards. Steuber played in the East-West Shrine and College All-Star games following graduation, then played professionally with the Chicago Bears, Cleveland Browns, Los Angeles Dons and Buffalo Bills. He was inducted into the State of Missouri Sports Hall of Fame in 1968, and the National Football Foundation Hall of Fame in 1971. 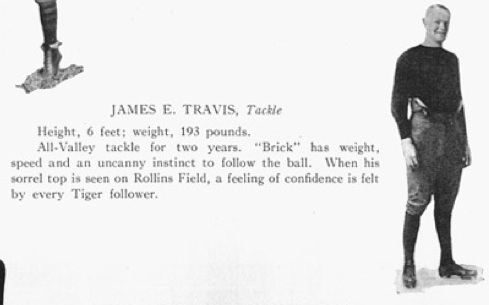 Hall of Fame Bio: From St. Charles, Mo., Travis starred for the Tigers as a tackle in 1919-20 earning all-Missouri Valley Conference honors both years. He went on to play professional football with Rock Island (Ill.) in 1921, and the St. Louis All-Stars in 1923. He was inducted into the State of Missouri Sports Hall of Fame in 1972, and the National Football Foundation Hall of Fame in 1974. He was a member of the University's first Intercollegiate Athletic Committee.