The Wall of Excellence, Class of 2010: James Wilder

Share All sharing options for: The Wall of Excellence, Class of 2010: James Wilder 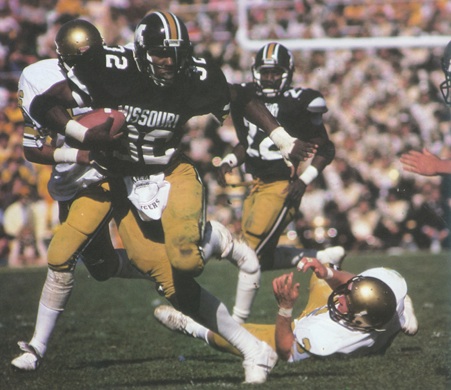 A mean S.O.B. with the ball in his hands, the Sikeston Train ran over and around would-be tacklers, becoming Mizzou's all-time leading rusher in just three seasons in black and gold.  His style, athleticism, makeup, and pro success made him one of the more beloved figures in Mizzou history, and he gets himself on the Wall because of it.

Missouri Intercollegiate Athletics Hall of Fame Bio: One of the greatest running backs in Missouri history, who went on to a distinguished professional career in the NFL. In three years at MU, Wilder set the school rushing record with 2,357 yards (broken in 1987). But it's the 1978 Nebraska game for which he is probably best remembered. In that game, he carried 28 times for 181 yards and four touchdowns including the game-winner in a 35-31 MU victory. He led Missouri in rushing three times, and holds or shares four school records. Was the MVP of the 1978 Liberty Bowl game that Missouri won over LSU. Was drafted by the Tampa Bay Buccaneers, and became the Bucs all-time leading rusher, and also a Pro Bowl selection, during nine seasons there. Wrapped up his pro career playing with the Washington Redskins and Detroit Lions. A native of Sikeston, Mo., hence his nickname - "The Sikeston Train." 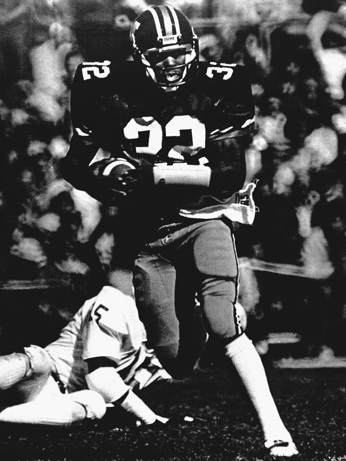 The greatest players have great moments in big games, and Wilder had one of the best moments in Mizzou history during his sophomore season in Lincoln. 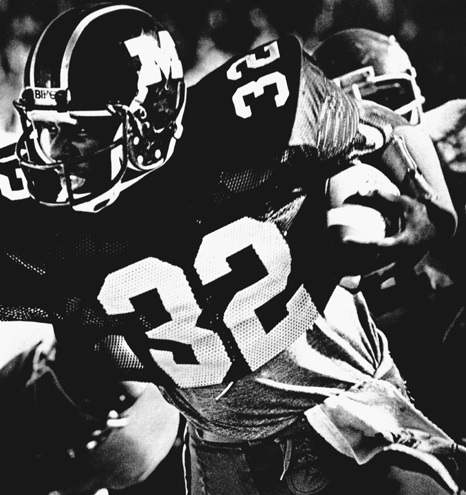