The Wall of Excellence, Class of 2010: Jeremy Maclin

Share All sharing options for: The Wall of Excellence, Class of 2010: Jeremy Maclin 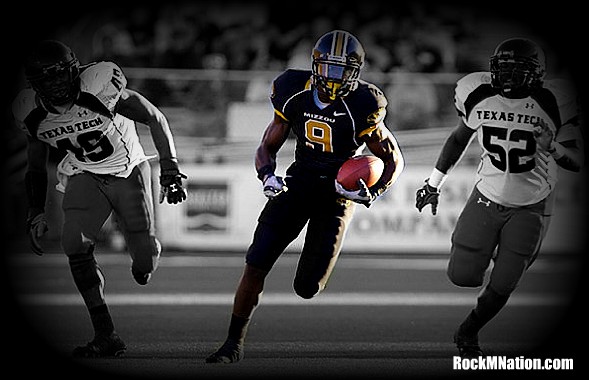 It is hard to come up with something new to say about the man Rock M Nation nicknamed "Cheat Code."  In just two seasons, he put together a strong case for having been Mizzou's all-time best receiver and kick/punt returner.  He managed 182 catches for 2,315 yards and 22 touchdowns in just 28 games as a Tiger, plus he threw in three punt return touchdowns and two kick return touchdowns for good measure.  For a fanbase that went almost 15 years without seeing a punt return touchdown and almost 30 without seeing a kick return touchdown, that level of success was jarring.  Lots of players are fast, but Maclin's speed was just unfair.  Teams had to account for his presence at all times, and he put up sickening stats anyway.

As good as Maclin was, his love of the Mizzou program was perhaps his most likable quality.  In two seasons, he proved that he was clearly, demonstrably ready for the pros (the Philadelphia Eagles agreed when they drafted him in the Top 20), but as his stay-or-go press conference approached, he was almost begging for a reason to stay.  After committing to Oklahoma early in the process, he made the switch to Mizzou, became one of MU's all-time most successful players, and wanted desperately to come back for a third season.  Knowing the love that he has for this place, watching highlights of him at this stage is almost an emotional experience.