With the explosion of, uh, content yesterday afternoon, I guess I really didn't need to start this series until today.  Anyway, let's keep plowing through the dregs so we can get to the good teams...

Congrats to Frank Carideo for managing to get one of his teams out of Mizzou's bottom five, though I'm not sure how they did it.  This was every bit as brutal a team as any others on the list.  They ranked 91st among 121 teams in offense and 117th in defense, and they offered no early hope that Carideo knew what he was doing.

They did, however, win a game -- one of Carideo's career total of two.  That is certainly notable.  The problem, of course, is that in the eight games they didn't win, Mizzou scored all of 18 points ... and gave up 178.  178!  They didn't score a touchdown on the season until October 29, and ... well, just think about what a 65-0 loss meant those days, when teams weren't exactly scoring 30 points per game ... or even maybe 20 points.  This may have been the least bad team of the Carideo era ... but they were still all sorts of terrible. 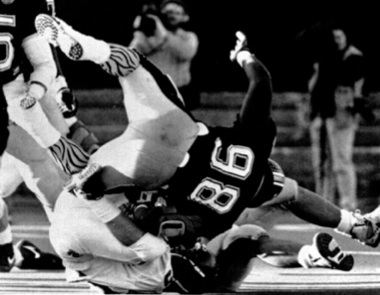 This team never had a chance.  Even if they showed solid improvement in Bob Stull's first season in Columbia, it probably wouldn't show because of the schedule.  From September 23 to October 14, Mizzou played four teams that would finish with a combined 38-8-1 record.  They played #2 Miami, then Arizona State (which finished 6-4-1), then #3 Colorado, then #4 Nebraska.  They lost those games by a combined 156-20, bounced back to knock out one of the worst Kansas State squads of all-time, lost a 31-30 squeaker to Oklahoma State ... and then ran out of gas.  They were drubbed by Oklahoma and Iowa State and lost a heart-breaker to Kansas, and when they looked up, they had been outscored 363-171 for the season.

This wasn't a straight-up terrible team, at least not in comparison to the first (last?) six teams on this list, but they certainly weren't good.  They ranked 87th in offense and 76th in defense overall, and while having to play Miami on top of CU and NU was a bit cruel, it's not like this team was going to make some noise even with a cake schedule. 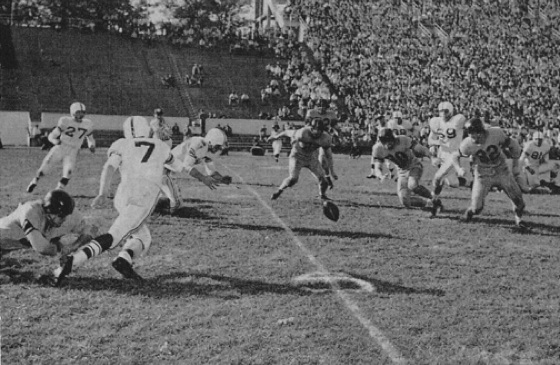 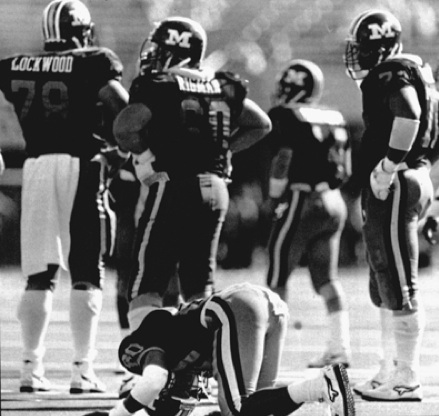 It's certainly no coincidence that four of today's five teams (and seven of the bottom ten) came from the first half of the 1930s and the second half of the 1980s.  The 1986 team, Woody Widenhofer's second in Columbia, was ... well ... at the very least an improvement over the first one.  They won two conference games (double what they won in 1985!) and were technically 11 points from six wins (they had three tight losses to 5-6 Texas, 6-6 Colorado and 6-5 Oklahoma State).  But let's not mistake "sometimes competitive" with "almost good."  They lost by 17 to Indiana, 23 to Iowa State, 31 to Nebraska, 32 to Syracuse ... and 77 to Oklahoma.  Oh, that Oklahoma game.  A buddy of mine was at that game and said he developed a violent, reflexive reaction to "Boomer Sooner" after hearing it so many times that day.  Seriously, don't even pretend to sing it around him because he might black out and punch you in the face.

That said, without the 77-0 loss to OU, Mizzou wouldn't have been able to experience a staggering, 125-point turnaround when they crushed Kansas, 48-0, the next week.  So there's that.