Today we take on a much more recent batch of Tiger teams ... no idea why they all bunched together like this, but they did.  Call this the Larry Smith Edition of the Missouri Football Countdown.  Some of you may have some recollections of some of these, um, lesser squads. 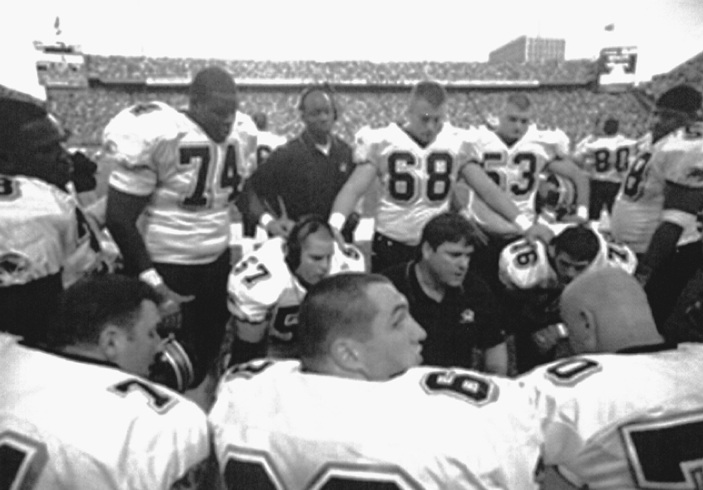 Things fell apart so quickly for Larry Smith.  As late as August 1999, Smith could have successfully run for mayor of Columbia.  Fifteen months later, he was out of a job.  After the late collapse of the 1999 team, Smith made some staffing changes, bringing in offensive whiz Bill Cubit and his new-fangled spread(ish) offense to bring some life to a unit that had scored a total of 14 points in the last three games of the '99 season (both touchdowns came in junk time when they were getting drubbed by Texas A&M).

Did the experiment work?  Of course it didn't.  Mizzou scored 50 points in the season opener against Western Illinois ... and would only score more than 24 in one other game.  They put up a fight at times -- strong upset bids fell just short against #22 Michigan State and #9 Kansas State (and Kirk Farmer looked so damn good against #1 Nebraska) -- but despite great play from Jefferson City products Justin Gage and Justin Smith, the team just wasn't talented or athletic enough to do much damage.  Their three wins came against a 1-AA team (WIU) and two teams (Oklahoma State and Baylor) who combined for just five wins.  When Mizzou fans casually say that "Larry Smith stopped recruiting after a while," it's because they have vivid memories of this team, which was too slow to run a speed-based offense and too thin on defense to put more than 1-2 quarters of strong play together without breakdowns. 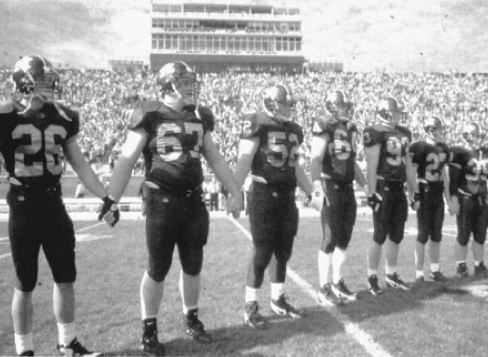 Let's just put this one together with the next one ... 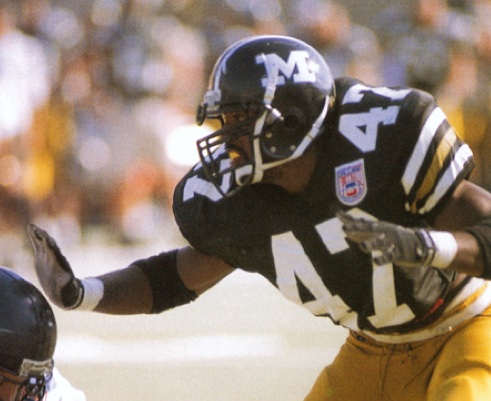 When Larry Smith took the Mizzou job, he had to know there would be some struggle while he went through turnover in personnel.  In 1994, he tried to run a grind-it-out style of offense with players recruited to Bob Stull's pass-happy system, and the results were not impressive.  Actually, that's not true.  One game was very impressive, but for all the wrong reasons.  In Smith's second game on the Mizzou sidelines, Mizzou got one first down against Illinois.  One.  And it came against Illinois' backups, with just 3:39 left in the game.

Against less-talented teams, Mizzou's offense, led in part by freshman Brock Olivo, was able to chew up some yards and move the ball.  Against Houston, Oklahoma State and Iowa State, teams that combined to go just 3-27-2, Mizzou averaged 24.7 points per game.  Against everybody else, just 16.7.  And considering just three of their 12 opponents (they tied Hawaii in the season finale) won more than seven games that year ... not good.

In 1995, with more of Smith's own players in the mix, they were still too young to succeed.  True freshman Corby Jones took over quarterbacking duties mid-season, just in time for Mizzou to get positively smoked by Nebraska, 57-0.  More of that season can be found here, here and here.  Mizzou would eventually start to put things together under Smith, winning five games in 1996 before back-to-back bowl bids in 1997 and 1998.  But it was a slow go for Smith early on.

We remember the early-'90s as a time when Bob Stull's offense was high-flying, but the defense was terrible.  That's half-true.  The defense truly was not good ... but neither was the offense.  Both units ranked 58th in the country according to my Estimated S&P+ measure, and though Phil Johnson and Jeff Handy had good games in his time in black and gold, the mostly came against terrible defenses.  In 1992, for instance, Mizzou scored 44 against 1-AA Marshall, 27 against 5-6 Kansas State, and 26 against 4-6-1 Oklahoma State.  But against everybody else, they managed just 14.6 PPG.  They did score 24 against Nebraska, mostly in a comeback effort, and they scored 22 against 8-4 Kansas, but ... not good.

The 1992 team did manage to create hope for 1993, however.  They were young, with players like Steve Martin just beginning to thrive, and they managed to finish the season with back-to-back wins over Kansas State and Kansas, in which both the offense and defense took steps forward.  But that didn't change the fact that the first nine games were, how to put it nicely ... awful.

And then there was the Thursday night ESPN game against Colorado where the wind and cold made for one of the most unpleasant experiences imaginable.  Let's just agree to this right now: whether we're in the Big Ten or Big 12 in the future ... no more Thursday night ESPN home games.  Ever.  Ever, ever, ever.

And now we jump back to complete the set -- we've now seen all five teams from the first half of the 1930s, the worst half-decade in Mizzou history.  Soon, I will be writing about the 1929 season, which provided some of the first signs that Mizzou could become a major location for big-time football.  Mizzou engaged in a serious battle with Nebraska for the Big 6 conference crown (something they had already won multiple times in the 1920s), and they looked every bit as tough a program as that in Lincoln and elsewhere in the region.  And then the 1930s happened.

In a collapse not unlike the one that afflicted Larry Smith between the 1998 and 1999 seasons, Gwinn Henry's offense fell from 8th in the country in 1929 to 56th in 1930.  Mizzou would score 28 points in wins over Drake and Iowa State ... and 13 points in the other seven games.  They were drubbed repeatedly, first by SLU (20-0), then NYU (38-0), then Kansas (32-0).  They were certainly competitive in the other six games, winning the two aforementioned games, tying two teams with winning records (NU, OU), and losing respectable battles to 6-1-1 Colorado (9-0) and 5-3 Kansas State (20-13) ... but the signs were in place.  This was a program that was suddenly on the verge of collapse, and as we know from past posts, the collapse was both swift and dramatic.