A nice smattering of the recent and the 60-years old today ... apparently we've moved on from the early-1930s to the mid-1940s.  Also: enjoy the YouTube clips after the jump.  I know I did. 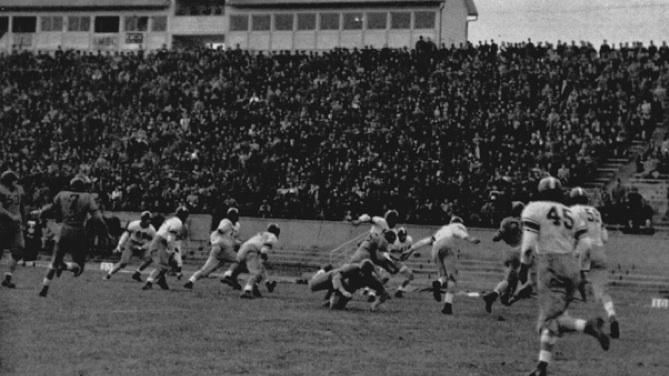 The 1943 college football season was just a mess all around.  World War II was not only wreaking havoc with rosters, but it was also causing the formation of what basically amounted to college all-star teams, squads made up of pre-flight, former college players getting ready to go overseas.  Of the top 15 teams according to Estimated S&P+, two were military teams (Iowa Pre-Flight, Great Lakes Navy), and others were teams far from national power status, taking advantage of volatile times to briefly thrive (Tulsa, Colorado College, UT-Arlington, Penn).

Let's put this another way: how strange was 1943?  That season, in the middle of Don Faurot's esteemed tenure at Mizzou, the Tigers played against a team coached by ... Don Faurot.

After banner seasons in 1941 and 1942 (combined record: 16-5-1), Faurot decided to enlist in the military, leaving his assistants behind to coach a team with a depleted roster.  They lost to Big Ten powers Minnesota and Ohio State (both of whom were struggling with personnel as well, combining to go just 8-10) to start the season, destroyed Kansas State, then were thumped by Faurot's Iowa Pre-Flight Seahawks, 21-6.  They rallied to kill both Nebraska (54-20) and Iowa State (25-7) before faltering down the stretch.  They lost first to a good Oklahoma team, 20-13, then dropped a 7-6 heartbreaker to Kansas.  All things considered, they performed admirably, but a weak schedule combined with a losing record resulted in the first appearance of a 1940s team on this list.

Amid the long streak of losing seasons between the end of the Warren Powers administration and the middle of the Larry Smith era, two main seasons stand out as missed opportunities to stop the bleeding: 1987 and 1990.  (You could count 1996 too, since they went 5-6 with an upset loss to Memphis preventing them from bowl eligibility, but since the bleeding DID stop the next year, I didn't.)  We'll get to the '87 team soon enough, but the 1990 team was simultaneously so close and yet still pretty damn far away.

To be sure, this wasn't an all-in-all good team -- they lost 58-7 to a 6-win Indiana team, 69-21 to 9-3 Nebraska, 55-10 to 8-3 Oklahoma, and 48-28 to 4-7 Oklahoma State (ouch).  But they had more moments than most teams in this stretch.  They whipped Arizona State by three touchdowns and beat both Kansas State and Kansas, two programs both starting to gain momentum.  They scored 25 points or more seven times, and they were oh-so-close to not only six wins, but seven.  They lost 20-19 to a mediocre TCU team to start the year and 27-25 to a bad Iowa State team near the end.  One more field goal in both games, and they're bowl eligible right there.

Oh yeah, and the Colorado game happened too.

(By the way, 20 years later, people still haven't made a big enough deal out of the fact that Charles Johnson almost certainly didn't score on fifth down.  I mean, even with bad camera angles, you can pretty much tell that he hit the ground with his helmet on the goal line ... and the ball on his chest.  The story has been abridged to "Colorado was given a fifth down before finally scoring," instead of "Colorado was given a fifth down, still didn't get in, but won the game anyway."  I feel it is my duty to push the slightly extended narrative whenever possible.) 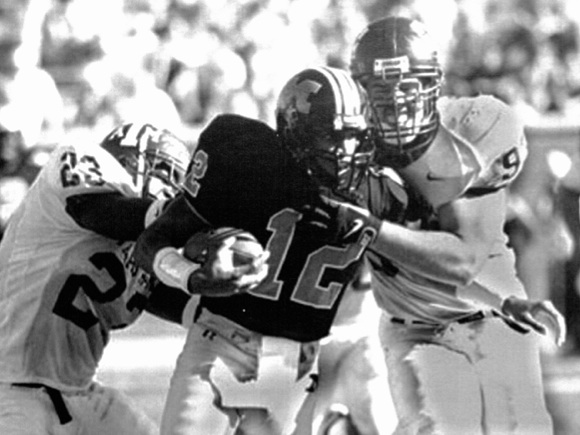 In Year One post-Corby/Devin, things started out okay for Mizzou.  They showed potential for a strong-as-ever running game in high-scoring wins over UAB and Western Michigan, got thumped by Nebraska, beat Memphis on the road and put up a helluva fight in a super-fun OT loss to Colorado.  But then Kirk Farmer broke his leg in Homecoming against Iowa State, and a tight loss to the Cyclones started one of the most impressive downward spirals in Mizzou history.  Those early-1930s teams, and the teams at the very bottom of this list, really never showed any hope whatsoever.  For the 1999 Mizzou team, the storyline in the first half of the season was basically "Young offense with upside, defense with a few holes" ... and in the second half of the season, it went straight into "Wasteland."  Kirk Farmer was not good enough to cause the downturn all by himself, but his injury was certainly the catalyst.

The last three games of the season, Mizzou was outscored an amazing 154-14, with all 14 points coming against Texas A&M's second-string defense.  Against Kansas State in the season finale, KSU won the toss and actually elected to kick, not defer.  They knew they would stop the Mizzou offense three-and-out, and they knew they'd be scoring within four minutes even kicking off, and that's exactly what transpired.  For the season, Mizzou was below average but not terrible.  In November, however, they were possibly the worst Missouri team since the early-1930s. 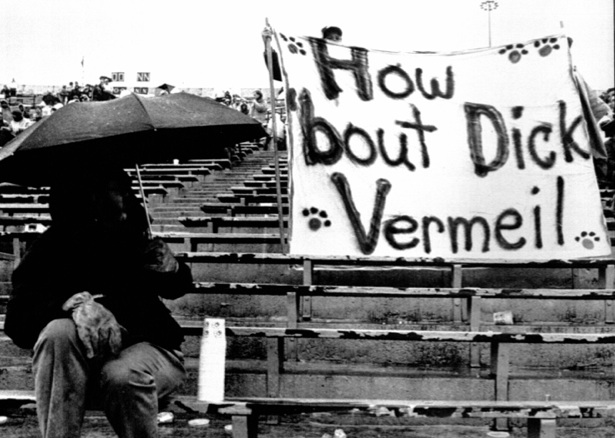 More about this season here, here and here.

After an 8-4 season in 1983 that was close to being much better (three losses within a touchdown), it looked like Warren Powers had regained momentum in Columbia.  But then Mizzou lost by six at Illinois.  And by one to Wisconsin. And two to Notre Dame.  And 10 at Nebraska.  They tied putrid Iowa State, and then fell apart down the stretch.  Demoralizing tight losses early in the season turned into blowout losses late (they lost by a combined 80-20 at OU and OSU), fan enthusiasm vanished, and Mizzou decided they had to make a move.  This team was 8-15-3 in games decided by one possession since the blessed 1978 season, and at some point that reflected more on coaching than luck.  Firing Powers wasn't necessarily a bad move ... but it was a move made to look worse by the next two hires. 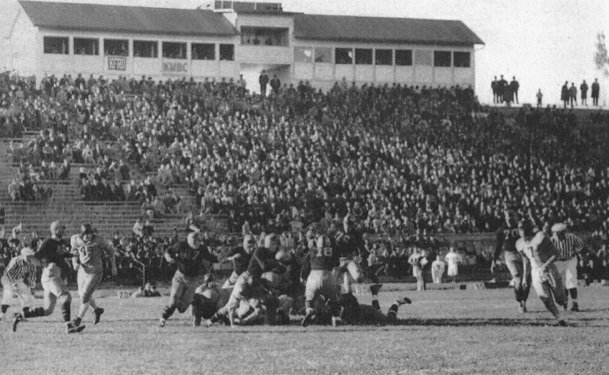 The overall college football world still wasn't stable in 1944 -- now six military-based squads resided in the Est. S&P+ Top 16 (#3 Norman NAS, #4 Randolph Field, #5 Second Air Force, #6 March Field, #14 Amarillo Field, #16 Iowa Pre-Flight), and that's not even counting #1 Army and #2 Navy.  Talent had coagulated elsewhere, and Mizzou was once again mediocre at best.  They were respectable outside of two embarrassing results -- Ohio State beat them 54-0, Iowa Pre-Flight 51-7, and otherwise they outscored opponents 169-119.  They beat 6-1 Michigan State, tied 6-1-1 Iowa State and tied 6-3-1 Oklahoma, but slip-ups to mediocre teams like Arkansas and Nebraska held this team down.  Things would begin to improve for Mizzou again in 1945 and 1946 (Faurot's first year back), but 1943 and '44 were pretty much the definition of mediocrity.