More seasons of both transition and what-ifs ... teams that were good, but were so close to more than just good ...

The recent portion of the countdown has been about the table-setters, the teams that began to put all the pieces together for a run in future seasons.  The ultimate table-setter has to be the 2006 squad.  After Brad Smith left following the 2005 season, most people wrote the Mizzou program off, at least for the coming season.  They were predicted to go as low as 4-8 by national publications.  Chase Daniel, Martin Rucker, Chase Coffman, Brian Smith, and others had different plans.

Mizzou didn't have to wait long to make a statement. After dispatching of Murray State, they played host to Ole Miss, the darling of the preseason predictions crowd ... and destroyed them.  The 34-7 win was a statement that this team's ceiling was really high, and the 27-17 road win over New Mexico (the first time in three years Mizzou wouldn't lose to a mid-major team in non-conference play) showed that this wasn't your typical Mizzou team.  When they shockingly beat up on Texas Tech in Lubbock...

...they were 6-0 and ranked 19th in the country, their highest in-season ranking since November 1998.  They were tripped up in a frustrating loss at Texas A&M, but a win over Kansas State moved them to 7-1 for the first time since 1973.  (This started quite a "First time since..." trend over the next three seasons.)  Unfortunately, there were still four games left in the regular season.

After a tough home loss to Oklahoma, Mizzou traveled to Lincoln with a potential Big 12 North title on the line and laid their first true egg of the season.  They fell behind 27-3 late in the first half and lost 34-20.  Still, though, there was no shame in losing to ATM, Oklahoma and Nebraska.  To 3-8 Iowa State, on the other hand?  A little bit of shame, yeah.  In Dan McCarney's final game at Iowa State, the Cyclones jumped out to a 21-10 lead in the second half.  Mizzou scored once to cut it to 21-16, and Chase Daniel appeared to dive in for the game-winning touchdown with just seconds left, but a controversial holding penalty negated the touchdown, and the Cyclones sent Mizzou to their third straight loss.

While the season had fallen apart a bit, Mizzou regained their momentum against Kansas, using both the Border War and their perceived slight against Iowa State to their advantage and running roughshod over the Jayhawks.  The 42-17 win clinched a Sun Bowl bid, and though they suffered another tough, late loss to Oregon State (the Beavers scored with under 30 seconds remaining, then "successfully"* went for two for the 39-38 win), they had rebounded from the late-season slump, and with just about everybody of importance (especially on the offensive end) returning for the 2007 season, and Jeremy Maclin (injured for the 2006 season) ready to join the mix, Mizzou was embarking a stretch of football that would see them win 30 games in three seasons, 38 in four.

* "Successfully" in quotes because it was impossible to tell whether Yvensen Bernard actually got into the endzone ... one of many iffy calls in the game (says this bitter Mizzou fan) ... 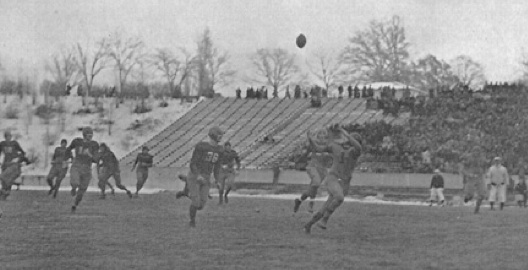 The main key to Mizzou's improvement came on the offensive end.  They ranked 100th in Offensive Est. S&P+ in Carideo's last season, improved to 81st in 1935, and finished 1936 at 46th.  They scored over 100 points for the first time since 1928.  Mizzou would take a step backwards in 1937, scoring just 42 points against a tough schedule and breaking in a new batch of youngsters, but the recruits they signed after the successful 1936 season were the ones who would win 36 games between 1937 and 1942. 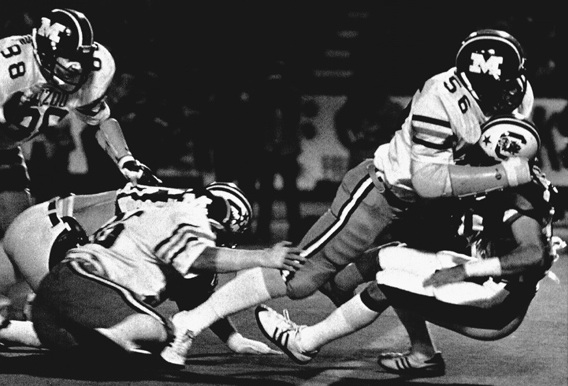 More about this team here, here and here.

We discussed this one relatively recently.  Returning most of the key pieces (sans Kellen Winslow and Chris Garlich) from the gutty 1978 team, this Mizzou squad was supposed to break through to the big-time.  And indeed, they reached #5 in the country just in time for a late-September showdown versus #4 Texas.  Unfortunately, Mizzou had used all of their big-game magic up the year before.  After a 3-0 start, Mizzou would lose five of seven games, and only a 55-7 romp over Kansas in the season finale got them enough wins for bowl eligibility.  They put together a lovely effort in winning the Liberty Bowl to salvage what had been a rather disappointing season.  This was a solid team, but they took an unexpected step backwards after the magic of the 1978 season. 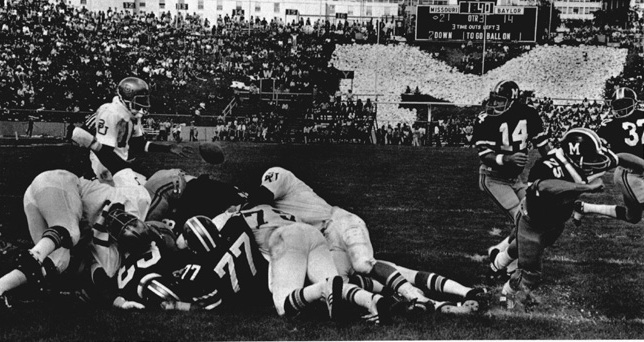 For a while there, it really did look like Al Onofrio was building something.  After the embarrassing 1-10 campaign in his first season (1971), Mizzou had been to bowls in 1972 and 1973.  For their first game of the 1974 season against Ole Miss, they were ranked 18th in the country.  And then they went out and lost to an Ole Miss team that would finish 3-8.  From that point on, it was two steps forward, one back.  They beat two good teams -- Baylor (28-21) and Arizona State (9-0) -- at home, then got absolutely romped at Wisconsin (59-20).  They pulled a huge road upset of #5 Nebraska, then lost by 24 at Oklahoma State.  They beat Colorado and Kansas State, then got demolished at #2 Oklahoma, 37-0.  They finished with home wins over Iowa State and Kansas, moving their record to 7-4, but were passed over for a bowl invitation (obviously that wouldn't have happened today).  Thanks to the blowout losses, Mizzou was actually outscored for the season, but their strength of schedule was crazy (six games against teams that won at least seven games), and the numbers give them the benefit of the doubt because of that.  The win over Nebraska in their first trip back to Lincoln after their 62-0 loss in 1972, was a really nice moment, and while Mizzou was not expected to compete for the Big 8 title or anything, the loss to Ole Miss was bad, and the size of the other three losses was disheartening. 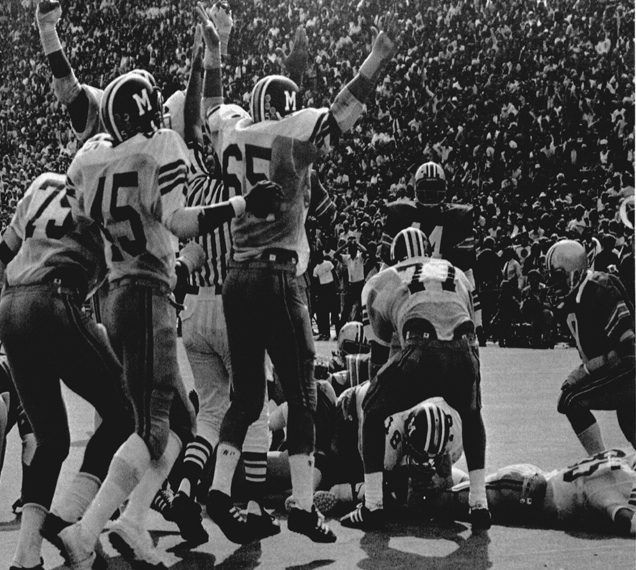 Nevermind a football book about this team ... somebody needs to write a psychology book about this team (and, for that matter, whoever threw this schedule together -- Mizzou played NINE games against teams that finished with a winning record).  They played seven ranked teams and went a ridiculous 5-2 against them ... and went 1-3 against unranked teams.  Onofrio certainly wasn't lacking in whatever qualities it requires to get your team up for big games, but ... 1-3!  A crazy, crazy year.  Fans looking back on this year are more likely to remember the upset wins than the losses, which is why a lot of fans like the idea of rough non-conference schedules -- they love being able to talk about the wins without remembering all the losses.  But this was a season chock full of missed opportunities.  Nobody can question, however, that this was a damn fine football team when it wanted to be ...