1 - Because we can't escape this conversation (and I have nothing else pressing to ask), let's ask another conference expansion question: assume for a moment that conference expansion is indeed happening, and Mizzou gets the call to the Big Ten (and accepts).  What's your favorite conference alignment?  A 12-team, East-West split?  14 teams?  16?  Divided by geography or randomness (the old "National Division" and "American Division" split, or whatever)?  Details! Give me details!

2 - So Terrance Jones apparently doesn't know where he wants to go to college yet (Washington or Kentucky), but it doesn't look like he will be choosing Kansas.  Heading into 2009-10, is Kansas better off giving time at SF to Mario Little and Travis Releford instead of another five-star freshman?

3 - So the Rock M Nation Guide to Columbia is going swimmingly as we enter the summer months.  Any egregious oversights on any of the voting thus far?

4 - What, so Scandinavia both employs Matt Lawrence as a professional basketball player AND has much better internet speeds?  Sign me up!  Is there a possible downside to Scandinavia??

Michael Atchison: 1 - It completely depends on which other schools would be invited.  For Mizzou not to feel like a stepchild in this arrangement, I think it’s important that they be in a division with Iowa and Illinois.  At least there’s some natural connection there.  If Nebraska is involved, too, of course I’d want to be paired with them as well.  I’ve really stopped thinking about this, though.  There are innumerable ways that this could go, and the analysis is a bit like ESPN’s show analyzing Joe Lunardi’s final NCAA projections.  I just can’t find the energy to put a lot of thought into a bunch of situations that will never happen.

2 - Five-star freshmen are very hard to predict.  Everyone expects those guys to dominate because no one has seen them fail, but lots of those guys struggle a lot in their first year.  I suspect that Little will be a more productive player next year than Jones would have been.  He’s more physically mature, and it will be his third year in the system.  I know that people look at what Kansas lost and think they’re headed for a tumble down the standings, but make no mistake: the Jayhawks are going to be good next year.  There’s still a lot of talent on that roster.  They lost even more two years ago and came back and won the conference anyway.  Add Selby to a roster that includes Taylor, Morningstar, Reed, Johnson, Morris, Morris, Robinson, Little, Releford and Withey, and you have a lot of talent, good depth, and real experience.  They’ll be a sweet sixteen seed.

3 - People have been voting on a Rock M Nation Guide to Columbia?

4 - I hear that there’s a volcano nearby that causes some problems.

I’ve been a bit exhausted by Bill’s What If? series lately.

What if Mizzou had joined the Pac 10 in 1983?
What if the sky were made of chocolate?
What if chickens had no bones?

ZouDave: 1 - I would like to see 16 teams, because I think that's ultimately where the big conferences are going to go so why not just set the trend, get there now, and let others scramble to keep up.  I definitely want Missouri to be part of a progressive, aggressive, innovative conference rather than part of the Big XII that seems to only be digging its head deeper and deeper into the sand.

So with 16 teams, personally I'd like to see 4 divisions of 4 setup this way (this is also me making assumptions on who will be invited and accept)

In football, you play the 3 teams in your division every year, and you'll play each team from another division each year (rotation).  That gets you to 7 conference games.  You then are paired (like the NFL does) with the same placed team from the remaining 2 divisions (3rd place vs 3rd place, etc.) to get to 9 conference games.  The radical part of this is that the winner of each division is put into a 4-team playoff for the Conference Championship.  Yes, this adds an extra game week for the 2 contending teams...so what?  We're changing the landscape of college football and since the NCAA won't have a playoff, we're going to.  We're going to help lead the charge and prove that the system works and everyone loves it.  I'd picturing a seeding (using complicated tie-breakers that I haven't bothered to figure it out) of 1 through 4, where #1 hosts #4 and #2 hosts #3.  The winners then face-off in the Championship Game in places like Kansas City, St. Louis, Chicago, Indianapolis, Detroit, Minneapolis, Cincinnati, Cleveland, Pittsburgh, Philadelphia, hell even New York.  There are so many opportunities for major venues from this conference it's insane.

In basketball you play the 3 teams in your division twice and then every other team once.  That's a 18-game conference slate, which seems totally plausible.  And now you have a full 16-team tournament of your own for the basketball tournament, which is great, and you have all of the venues listed above as possible locations.  The only question really becomes do you reward the 4 champions of their divisions by seeding them 1-4 and then the rest of the teams 5-16?  Or do you seed by overall record regardless of division?

2 - I respect the fact that you had to find a question to ask, but I simply couldn't possibly care less what kansas does with their SF position.

3 - It's odd that I have to take such an enormous backseat on a discussion about food, but given that I lived in Columbia only from August 1994 through May 1995, I am out of my league on this entire topic. 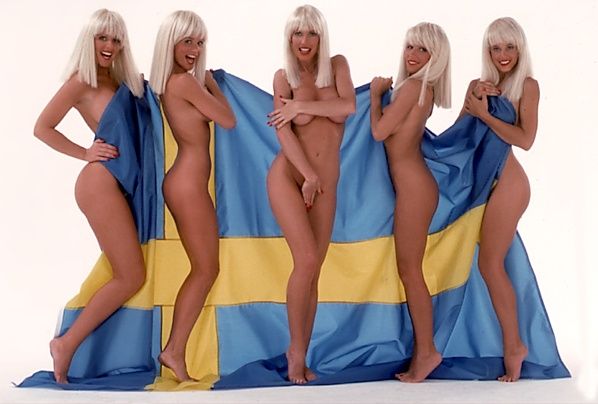 The only downside is that I'm not there.

Michael Atchison: I’ve been out for a six mile run since this last message.  Hello?  Helllloooo . . . .

ZouDave: Hey I did my part...I sent the last message!

Now maybe if we wait for as long as it would take ME to run 6 miles...then Bill will have this thing posted.

Michael Atchison: If the internet could transmit smells, you wouldn’t doubt me, kid.

ZouDave: If the internet could transmit smells, would Jenna Haze be as popular?  Less popular?  More popular? Michael Atchison: Though it’s a good thing the internet can’t transmit smells, lest Beef broadcast his farts to the world all day.

Doug: 1 - Ultimately, preference will be given to the established Big 10 rivalries, so, however the division occurs, Ohio State and Michigan will be playing each other on the football field every season, other than that, I really have no idea how they'll divide up the conference.

2 - I think Kansas (or any school) is better off creating as much competition for every position on the floor as humanly possibly every single year. I like that Bill Self will bring in a highly touted kid, and then recruit over him the next year (something Roy Williams never seemed to do). That said, I think a combination of Little and Releford will do pretty well. They won't be Brandon Rush, but they may not have to be.

ghtd36: I HEREBY DEMAND A MORATORIUM ON THE DISCUSSION OF THE TRANSMISSION OF SMELLS VIA INTERNET.

ZouDave: your demands have been received with disinterest.

Michael Atchison: Pop culture question:  With new releases this month from The Hold Steady, LCD Soundsystem, New Pornographers and Broken Social Scene, plus the deluxe reissue of Exile on Main Street (with previously unreleased tracks), is May 2010 the greatest month ever, or is it the greatest month of all-time?  And was the new Gaslight Anthem album pushed back to June because releasing it in May would have made the month explode out of an overabundance of all-that-is-goodness?

Michael Atchison: OK, so that went nowhere.  So check out Conan’s 60 Minutes interview with subtitles:

ghtd36: Question: as a painfully white American, am I obligated to acknowledge and/or celebrate Cinco de Mayo? I totally understand its significance for others, but part of me views it like Hanukkah: a fun holiday for others that I don't really have a vested interest in.

RPT: This is the part wherein I effectively don't answer Bill's questions and respond to this chain of madness:

Dave called the Big Ten a "progressive, aggressive, innovative conference." Nice to see that term explains expansion, because it sure as hell hasn't explained their playcalling for years. Furthermore, that photo Dave posted probably just cost us RSS subscribers (and cost our RSS subscribers their jobs -- you might want to link that rather than embed it, Bill) and probably just earned us about 2,000 random Google Image hits.

Transmission of smells via the internet would end with SB Nation bankrupt and all SBN readers bawling in the fetal position.

Greg, real Mexicans (and I don't mean this in a derogatory Mike Bacsik kind of way) barely even celebrate Cinco de Mayo. It's not even Mexico's true independence day. Americans simply highjacked a small part of their culture to give American citizens an excuse to get blitzed on margaritas without feeling self-conscious for not ordering whiskey or gin. On an tangential note, Cinco de Mayo is awesome.

By the way, whichever university employee decided Stop Day should be the day after Cinco de Mayo deserves not only a raise, but also an inside track to being the next Chancellor.

By now, you can probably tell that we're totally disinterested in the Roundtable this week. And for good reason: these are terrible, terrible questions.

We would apologize, but we're too proud to do that. Instead, I'll fall on this grenade and provide for you, the RMN reader, three questions for you to answer in the comments. The best trio of answers receives a free Rock M Nation t-shirt and a subscription to the newly founded ZouDave's Sister Quarterly.*

Here are your questions. Fire away in the comments.

-What was the last book you read cover-to-cover, and would you recommend it to a friend (or, say, your favorite RMN author)?

-Lebron James challenges you to a 1-on-1 game to 21 (standard 1s and 2s scoring), and spots you 20 points. Could you beat him, and what would be your strategy?

*Prizes may vary, specifically meaning that they may not exist, which means that of course they don't exist