Share All sharing options for: Programming Ideas for ZOU-TV

"Why shouldn't there be a Mizzou Network? Why shouldn't we take advantage of the great history that we have and monetize that?"

Awhile back, Missouri officials publicly pondered the possibility of a Missouri Television Network. While this seemed like a mere pipe dream, I'm happy to present the first unofficial show listing for what I can only presume will be called ZOU-TV. Set your TiVos accordingly.

The Will Ebner Pain Train -- It's a simple concept: Viewers love watching people get destroyed. The folks at ABC have Wipeout, and the folks at ZOU-TV will have TWEPT. The basis of the show isn't exactly complex. Contestants vie for cash prizes (or scholarship money?) by opting to withstand blows from Will Ebner. And if that grows stale, we'll just turn this thing into a Gallagher show -- just bring out random objects for Ebner to destroy. The formula here: Ebner + BOOM = ratings bonanza. 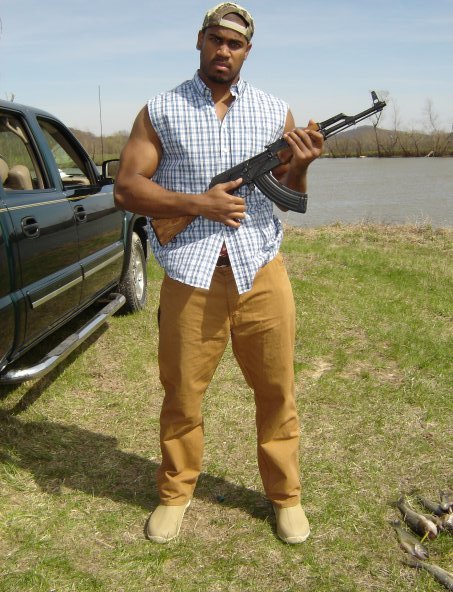 More fantastic programming after the jump!

Pat Ivey's MUSCLES MUSCLES MUSCLES -- If the Old Spice odor blocker guy can become a ripped American icon, there's no reason Mizzou strength coach Pat Ivey can't ascend to national prominence thanks to ZOU-TV. Proposed programming includes: Ivey lifting 800 pounds at a time, Ivey emasculating all other men simply by being in the same room, Ivey throwing automobiles at terrorists, Ivey doing anything he wants because none of the producers want to tell him otherwise, etc.

So You Think You Can Dance Like Spoon -- This one seems self-explanatory.

Off The High Dive, with Jeff Wolfert -- I'm still undecided about how to take the creative direction of this show. The way I see it, there are two options:

-- Talk show: Create a set from up high in the aquatic part of MizzouRec. From there, we let the charismatic Wolfert interview whoever he wants about whatever the hell he wants.

-- Knockoff an A&E-style "facing your fears" show: People afraid of heights and/or afraid of the water are yelled at and berated by Wolfert for the length of the show until they finally jump off the high dive. Note to self: Write legally iron-clad participant waivers ASAP.

Arrested Development -- Shut up. We're bringing it back.

The Fastest 40 Minutes in News -- Journalism students deliver all of the day's world news in 40 minutes. If the pace is not quick enough for Mike Anderson's liking, the coach immediately makes them run sprints in studio while throwing medicine balls. And if the jacket comes off, those anchors better duck and cover.

Tremendous Stubble TV -- Softball coach Ehren Earleywine takes your phone calls and gives tips on how he's managed to be so undeniably awesome. Sponsored by Gillette, but only because he bet the company that they couldn't produce a razor to contain the Rally Stubble.

The OC -- Not "Orange County," but rather "Offensive Coordinator." Although, come to think of it, Dave Yost really would fit in either option. Someone call Rachel Bilson imediately. WHY HAS NO ONE THOUGHT OF THIS???

The Master of Seduction with DeMarre Carroll -- Pour yourself a glass of pinot noir and settle in with the Junkyard Dog:

Mike Kelly Reading the Phonebook -- You know you'd watch it.

The Kim English Variety Show -- Jack up the advertising rates NOW. Give Kim English an executive producer position and a block of time totaling between 1-7 hours a day and let him fill it any way he wants. When all else fails, ZOU-TV, just remember that 85 percent of the time, KIMMEH! is media gold all the time.

Bill Connelly's Beyond The Box Score Numbers Show -- Airing at 3 a.m., pissing off drunk kids who wanted to see infomercials for the Showtime Rotisserie Oven (You can set and forget it!). Also appearing will be ghtd36 (in the Andy Richter role) and The Beef since he'll be up at that time anyway taking care of a newborn.

So that's the initial lineup as we see it currently sitting. Mizzou brass, you now have your directive. GO FORTH AND MAKE MILLIONS.

**LEGAL FOOTNOTE: RPT Enterprises, LLC and Rock M Nation retain rights to all aforementioned programming and wants EP credits and 5-7 percent of all revenues from the dissemination of any of our intellectual capital. Will also settle for: a free coaches polo and a Mizzou Football playbook from any season after 2006.