Those of you out there who read Wiz of Odds on a regular basis (and I assume that's a lot of you -- few sites give you more quality links than The Wiz) may have already seen this fun post this morning, asserting that Jerrell Jackson got away with a block in the back on T.J. Moe's touchdown.

Missouri got away with one in its 27-24 victory over San Diego State. Watch the third play in this highlight package and you'll see the Tigers' game-winning 68-yard touchdown pass from Blaine Gabbert to T.J. Moe with 51 seconds remaining. You'll also see Missouri's Jerrell Jackson with a block in the back on San Diego State's Jose Perez near midfield.

The block sends Perez flying into linebacker Miles Burris, who was in pursuit of Moe. With both Aztecs taken out of the play, Moe has a free run to the end zone.

"They won the game so they must have deserved it, but I don't know if we had the full complement of officials," Aztec coach Brady Hoke said. "There weren't on that last play."

Hoke didn't want to make a big deal of the play, but was clearly irked by the non-call.

"I'm sure we got some [calls] and they got some," Hoke said. "But when that's the guy [the official] is supposed to be watching, I'd be watching him."

Not going to lie: part of me was wondering how legal Jackson's block was from the start.  He's on the screen for approximately 0.5 seconds, so it's hard to tell what happened.  With that being the case, here were my two reactions, in order:

1. "So what?  Ronnie Hillman's 93-yarder was technically illegal too (linemen aren't allowed to grab and sling ball carriers), so the two plays cancel each other out, and Mizzou still wins."  (As you see in the Wiz thread, I left a comment saying almost exactly that.)

2. "Actually, I have Photoshop and can blow up YouTube to full screen.  Let's investigate."

Upon further review ... the block was completely and totally legal. 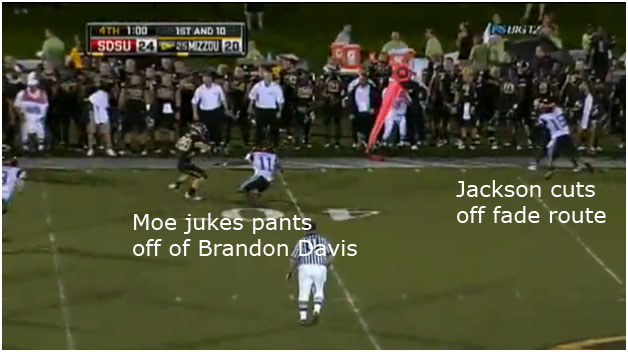 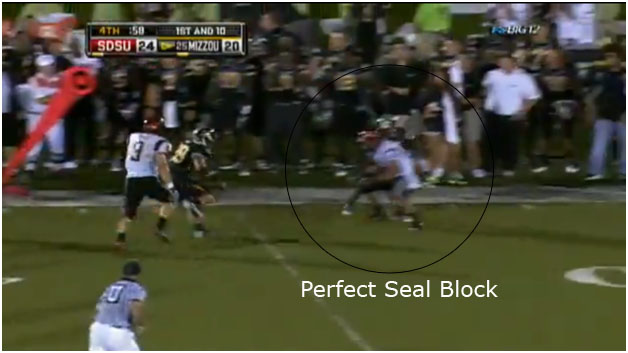 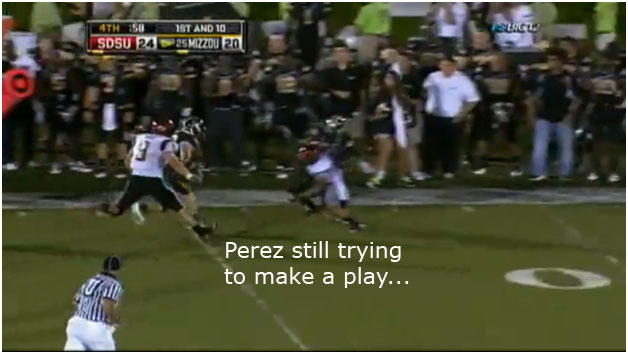 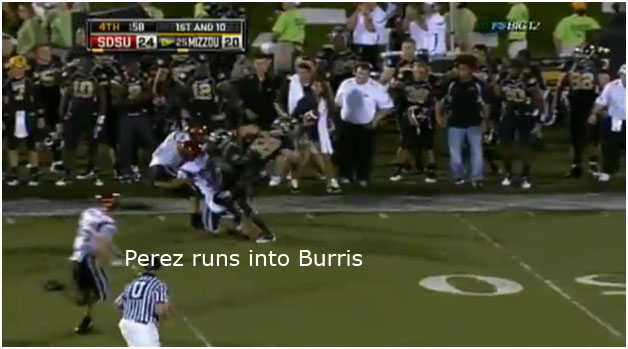 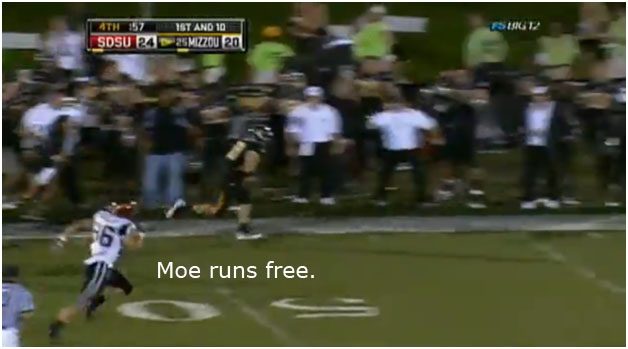