Share All sharing options for: Mizzou Beats Iowa State: Beyond The Box Score

I guess this makes Mizzou 1-2 in the "potential final game versus 100-year rivals" category, huh?

The Sure-Fire Way To Improve Your Third-Down Conversion Rate

Last October on Football Outsiders, in one of my favorite things I've ever written, I talked about "Four Truths" that I had learned/confirmed through advanced football data. Perhaps the most interesting one, to me, was Truth No. 3: "Leverage Rate gives us what we think we get from third-down conversion rate.

This is probably a less obvious truth. Announcers and coaches talk endlessly about how games are won and lost on third downs, and it is absolutely true. But it is also without context. Some defenses, particularly young ones, give up far too many demoralizing third-and-8 conversions. But most of the time, a team that allows a high third-down conversion rate is doing so because they're giving up too many yards on first and second down, and their opponent is converting third-and-3 instead of third-and-8.

The difference in the level of success on standard downs and passing downs is staggering. If you have a significant talent advantage -- always possible in college football -- you might be able to get away with falling into passing downs. But the team that wins is the team that better avoids passing downs. That is why Leverage Rate is included atop the Varsity Numbers box scores I analyze. If your Leverage Rate is too far below the national average of 68 percent, then your quarterback better be Colt McCoy (who was truly a magician at converting third-and-7 and, it appears, masked some serious, developing deficiencies for Texas on the offensive side of the ball) or you are probably going to struggle to win.

Mizzou has faced some of the best standard downs defenses in college football thus far -- Oklahoma is third in Def. Standard Downs S&P+, Arizona State 28th, Kansas State 29th -- and have, consequently, at times struggled to stay out of passing downs. Or, to put it another way, they are typically solid on standard downs (thanks in part to a solid schedule, they currently rank seventh in Off. Standard Downs S&P+), but when they fall off-schedule, they fall way off schedule. A handful of efficient plays can be done in by one penalty (Austin Wuebbels committing a false start inside the KSU 10) or unfocused mistake (James Franklin failing to throw the ball away on Mizzou's second drive versus KSU, Kendial Lawrence making a silly mistake and getting caught in the backfield for an eight-yard loss), and when Mizzou's youth on offense has reared its ugly head, it has been in this area of the game. A string of efficiency is done in by one killer play.

Well ... you'll notice that all three examples of mistakes came from the Kansas State game? That's because Mizzou barely made any mistakes against Iowa State. (And the mistakes they made came long after they had built a big lead.) They were devastatingly efficient, running 80 percent of their plays on standard downs, and ... voila! Suddenly they had a strong third-down conversion rate (9 for 14) as well. Amazing how that works. Typically your third-down conversion rate is a result of other factors. It certainly has been for Mizzou this year. 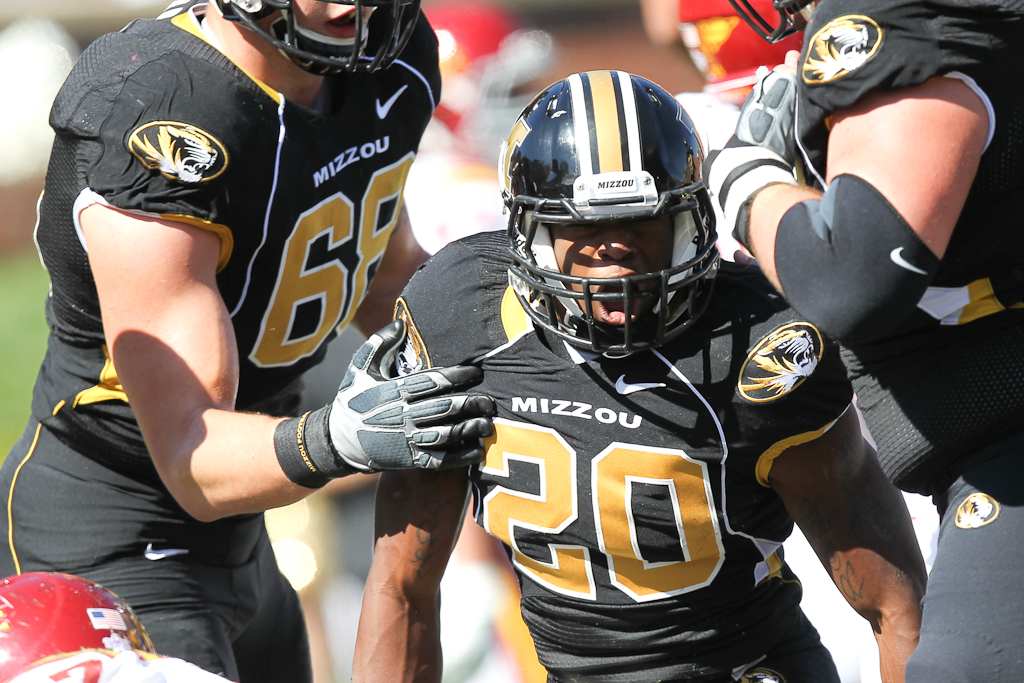 The Other Three Truths

Actually, this was a great game for the other three "truths" as well.

Truth No. 1: The old adage of "You can't win a game in the first quarter/half, but you can lose it," rings true.

Truth No. 4: Field position matters so very, very much.

To say the least, Mizzou went by the book on this one, and it worked out well. 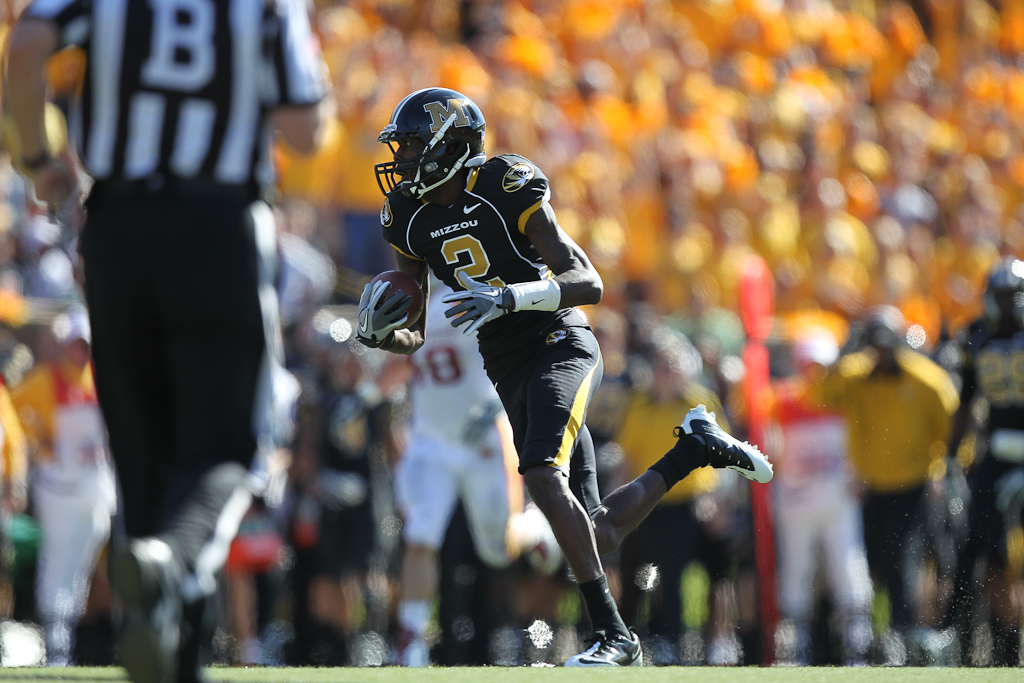 Coaches often talk about offensive balance -- gaining this many rushing yards and this many passing yards -- when in reality, the key to balance is simply being good both on the ground and in the air. It doesn't matter how many times you do one or the other; if you can do both well, then defenses will consistently be on their heels and over-stimulated.

By whatever definition you want, however, Mizzou was balanced versus Iowa State. They managed over a 1.000 S&P in terms of both rushing and passing, which is exactly what you want to see. Still, there is something pretty sexy about this tidbit: Mizzou rushed for 294 yards and passed for 289. If they hadn't completely gone into a shell in their last few drives, they may have gone over 300 yards in both categories. 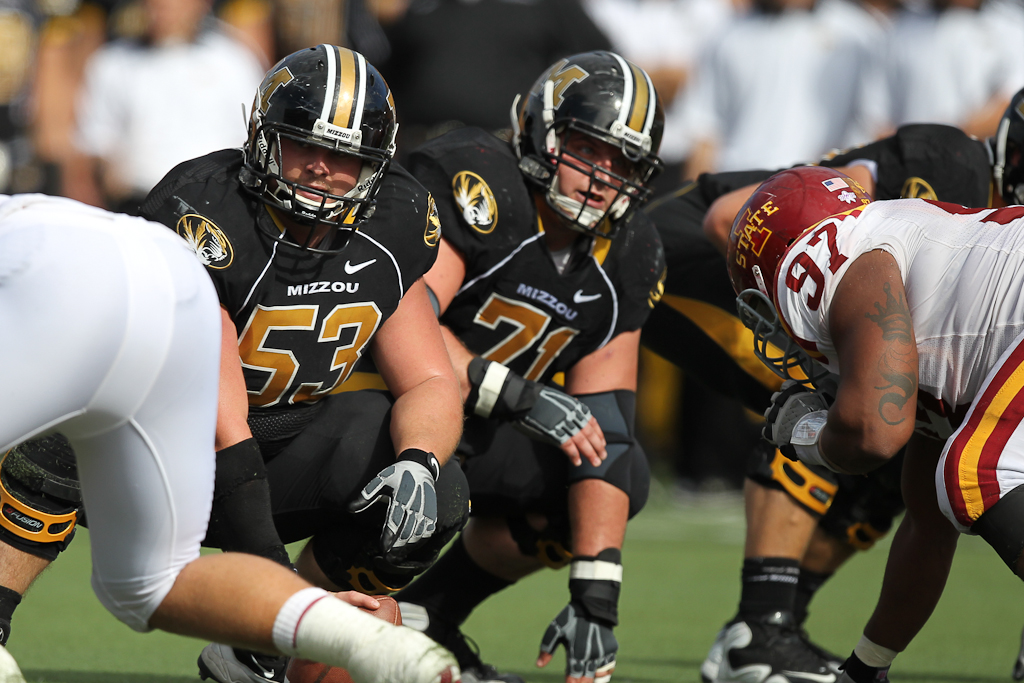 Domination In The Trenches

Michael Sam had 1.5 sacks, Brad Madison had 0.5 sacks and an interception, and Sheldon Richardson had his best game in black and gold. Mizzou registered solid sack rates on both standard downs and passing downs and allowed a miniscule average in terms of line yards. (Note: anything below 2.5 line yards per carry is pretty tiny, anything about 3.5 is excellent.) Meanwhile...

...the offensive line was even better. James Franklin wasn't touched in the pocket, and both Henry Josey and Kendial Lawrence were consistently yards downfield before they had to make a move. We expressed disappointment in Mizzou's line play last week, and the Tigers responded, albeit against a less than spectacular opponent. 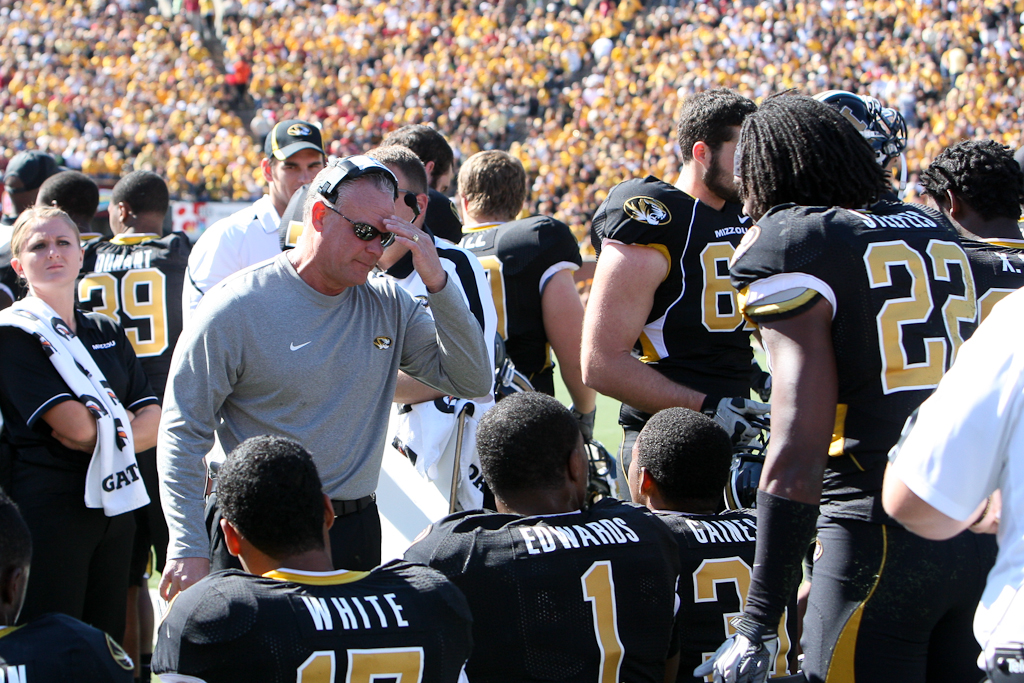 A Step Forward For The Secondary

Even after Saturday's game, Missouri's defense currently ranks 85th in Def. Passing S&P+. There is still work to be done. That said, they did everything asked of them against an Iowa State passing game lacking in weapons.

Here's perhaps the most impressive tidbit in the Mizzou-Iowa State box score: of Iowa State's 20 incompletions, Mizzou intercepted one and broke up EIGHT others. And perhaps even better, eight different players broke up those eight passes: E.J. Gaines, Luke Lambert, Kenji Jackson, Michael Sam, Jacquies Smith, Randy Ponder and Robert Steeples. Iowa State's receiving corps isn't nearly as good as Oklahoma's or Arizona State's (or perhaps even Kansas State's), but it was still good to see MIzzou's secondary playing with both awareness and aggression. You can only prove so much against a lesser opponent (and when it comes to the passing game, Iowa State certainly qualifies as "lesser"), but Mizzou still gets a solid A for this one. No. 1 weapon Darius Reynolds still did no damage whatsoever, nor did anybody else. Their best play (a 37-yard pass to Darius Darks) came right after Mizzou went up, 45-10. 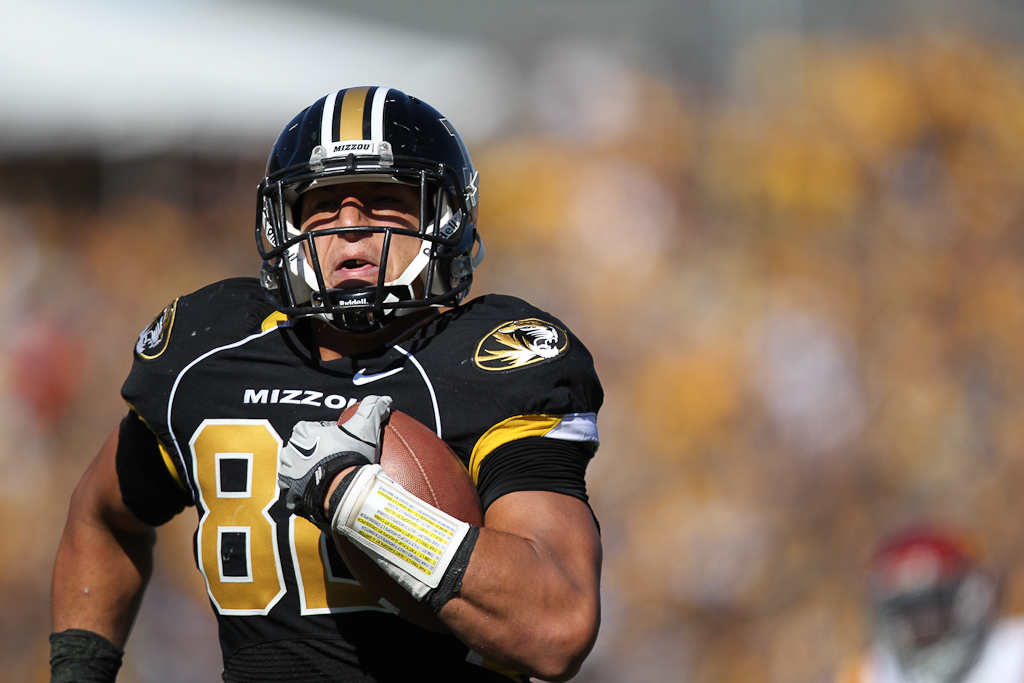 This was virtually the perfect pass distribution for my tastes: a quarter of Mizzou's passes went to the tight end, and a quarter went to L'Damian Washington and Marcus Lucas. Granted, Lucas didn't have a great game (though in fairness, one of the three passes targeting him shouldn't have been thrown -- Franklin planted the ball right into linebacker Jake Knott's chest), but good things happen when Egnew and the sophomore receivers get involved.

Egnew caught six of seven passes for 105 yards and looked to personally introduce his shoulder pads into the chest of every Iowa State linebacker. Meanwhile, seven passes to Washington and Lucas accounted for a healthy 90 yards and could have been even more productive had Franklin managed to hit Washington in stride downfield. Washington's 41-yard catch late in the first half would have been a 64-yard touchdown, his 29-yarder to Washington would have gained at least another 10-15 yards, and one of Washington's drops (on a ball fired behind him) could have been caught for another 20-25 yards. Washington has figured out how to get open downfield, and good things happen when Franklin looks for him.

It's amazing how much more forgiving one can be of mistakes when they come after a nearly-perfect first quarter and a half. Mizzou is going to continue to suffer glitches and mistakes -- it's what young teams do, and it's what college football teams do -- but against Iowa State (first 1.5 quarters), Oklahoma (first 1.5 quarters), Western Illinois (all game) and Arizona State (last 1.5 quarters), they have shown the ability to sustain a high level of play for a healthy amount of time. Obviously they must do the same to take out Oklahoma State, but they have shown themselves competent and athletic enough to give themselves one hell of a chance if they play well.