Share All sharing options for: Oklahoma State Beats Missouri: Beyond The Box Score

Even when you knew it was a possibility, and even when each loss is, in a vacuum, justifiable, 3-4 just doesn't feel very good, does it?

Your team is staying on schedule and moving the ball relatively well, but it consistently feels like you're fighting an uphill battle. If you are losing the field position battle, then you are having to move uphill. Field position is a silent killer in the game of football.

(One of the two drives that didn't start deep in Missouri territory almost did, but E.J. Gaines decided to return an interception out of the Missouri end zone; he could have fallen victim to disaster, but instead he escaped and returned the ball to OSU's 46.)

That Missouri was still within two possessions despite starting their first ten drives at, basically, their 20, says something impressive. That both of the possessions that began in OSU territory finished with turnovers backs up what I said on Sunday: Missouri is good enough to give themselves a shot, young enough to screw it up. 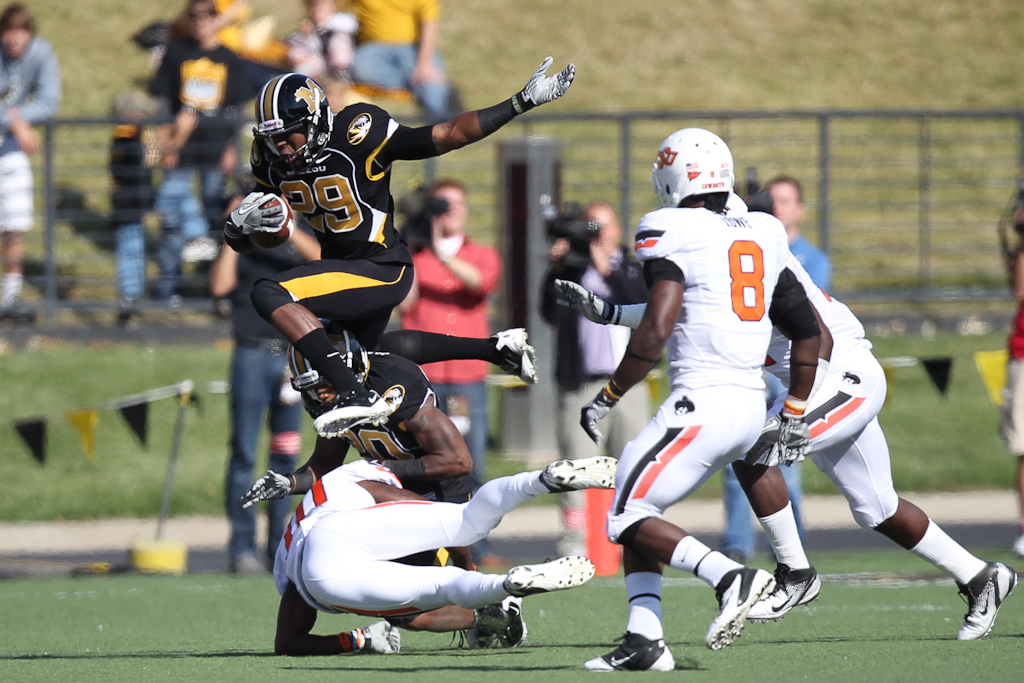 It Doesn't Always Come Together When You're A Senior

When I threw together my "How's James Franklin Doing?" post on Sunday, I feared that I was cherry-picking data when I used Blaine Gabbert's Oklahoma State game as a piece of data; this game, of course, came right after Ndamukong Suh bent his ankle in ways an ankle isn't supposed to bent, and he was a woefully inaccurate passer for the next few games.

At the same time, I felt okay about it for one simple reason: he may have had a gimpy ankle, but he also had Danario Alexander. James Franklin does not, especially among the senior class.

As a percentage of their overall plays, Missouri is running a lot more this year than in recent history. That fact alone would suggest that some receivers' numbers can expect to fall. T.J. Moe is only on pace for 65-70 catches (he had 92 last year), Michael Egnew around 50 (89). But their per-target rates have actually improved with James Franklin passing the ball. Moe's catch rate has gone from 71% to 73%, his per-target average from 8.0 to 9.4. Michael Egnew, who has emerged as a frequent threat in the past three games, has seen his catch rate rise from 70% to 71%, his per-target average from 6.2 to 8.4. Even Wes Kemp's per-target average has improved slightly, from 6.9 yards to 7.1. Add in some solid per-target numbers from Marcus Lucas (8.3) and L'Damian Washington (14.6), and you've got some interesting pieces.

One piece Mizzou doesn't have, however, is Jerrell Jackson. Gabbert's No. 3 target caught 50 passes and averaged 7.8 yards per target with a 60% catch rate in 2010; in 2011, he has caught just eight of 16 passes targeting him and is averaging just 6.9 yards per target. All three passes directed at Jackson on Saturday hit the turf. Between injuries, ineffectiveness and a potential lack of chemistry with James Franklin, Jackson has nearly been a non-entity in 2011, which is both disappointing for him (you never want to go out with an iffy senior season) and a liability for Missouri. Against such a tough schedule, Mizzou needed him to raise his game. It has not happened. (And to be sure, I'm betting the injury had something to do with this.) Meanwhile, sophomores Washington and Lucas are evidently performing like sophomores -- amazing one moment, invisible the next -- and Franklin doesn't seem to have a downfield threat he trusts, especially if Moe is covered. 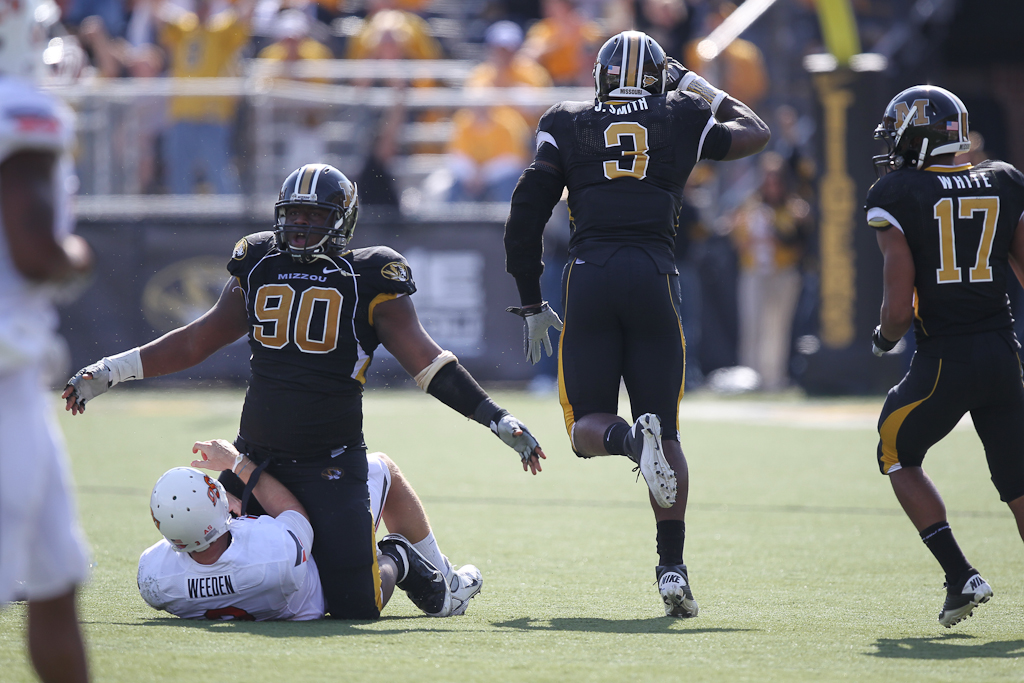 This game was very clear evidence of how tactics, and the effectiveness of those tactics, evolve throughout the course of a football game.

Oklahoma State was unstoppable early, then Mizzou adjusted, got a little bit more pressure on Brandon Weeden, picked him off once, and basically bought the Missouri offense some time. Essentially, Mizzou's defense was outstanding over OSU's final 10 drives aside from a single 59-yard Joseph Randle run following James Franklin's killer fumble. Even with that play, their per-play average dropped from 7.5 to 5.5 (without that play: 4.1). They exploited advantages early on, and Mizzou adjusted; they obviously benefited from injuries to Justin Blackmon and Hubert Anyiam, but the improvement had begun before they left the game.

In the end, OSU's advantage was derived from simply how many points they scored when they were hot. OSU's two hot periods spanned six drives and scored 31 points. Mizzou's two hot periods spanned eight drives ... but scored only 24 points, in part because of the turnovers. Good, experienced teams take full advantage of their opportunities. Mizzou is quite clearly in the "almost good" category, and their quarterback is 10 years younger than OSU's. 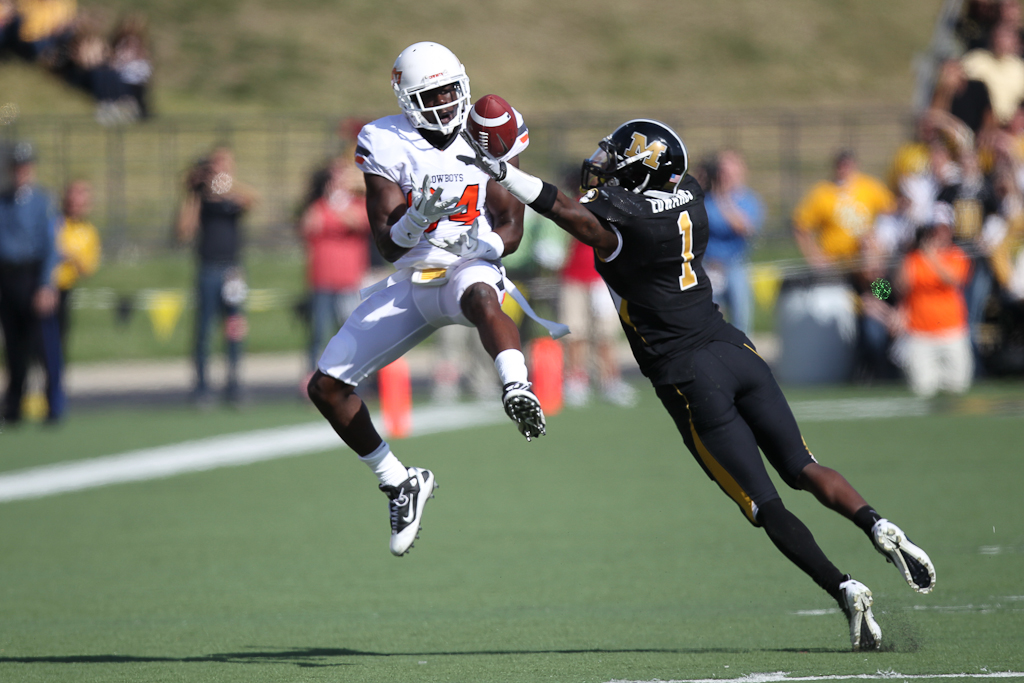 A Wealth Of Options

One other benefit of having a senior quarterback: you aren't as reliant on the big play. Especially facing long fields, Mizzou needed big plays to score points. OSU was perfectly content with their top four targets averaging between 4.9 and 6.3 yards per target, knowing that a) if they ever fell into passing downs, Brandon Weeden would probably dig them out, and b) Weeden still had some other, rare options who would be good for a nice gain or two. Something called Michael Harrison had three big catches, while backs Randle and Smith both managed nice gains out of the backfield. Mizzou actually did a stellar job against any one of OSU's primary targets, but they could never cover all of the options. Almost nobody can, at least outside of Baton Rouge and Tuscaloosa. To beat Oklahoma State, you beter play flawless option, and you better be able to generate pressure on Weeden within about 1.2 seconds. Mizzou was only solid in this regard, not great, and they got torched at times because of it. 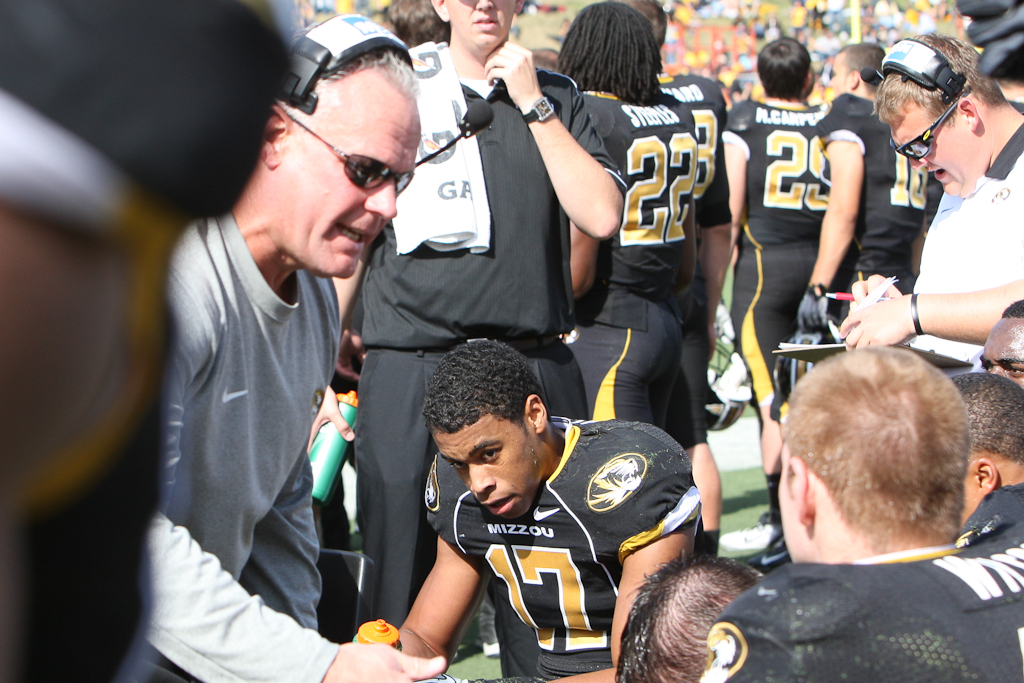 Timing is everything. We are used to the balancing act of transition years and surge years, but Mizzou has never (in recent history) faced a transition year with this schedule. In 2009, Mizzou ranked 54th in F/+ and 48th in S&P+ but finished 8-5. This year, they currently rank 42nd -- right between 7-0 Houston (No. 36), 8-0 Clemson (No. 37), 5-2 West Virginia (No. 43) and 5-2 Iowa (No. 44) -- but might struggle to reach a bowl. The goal for the rest of the season has to be, as I mentioned a couple of weeks ago, not becoming your record. They are a better team than their record suggests, but they have, quite simply, been a worse team than four of their opponents. Somehow they have to figure out how to make up that gap. Lord knows they'll have plenty of opportunities. S&P+ No. 11 Texas A&M is on deck.