Give Me Scenario No. 2

It was not pretty, and it came with its share of bad injury news, but yesterday's win was simply huge for this team.

Scenario No. 1: Missouri loses and falls to 4-6, needing to beat both Texas Tech and Kansas without Henry Josey to reach bowl eligibility. The "awful season" narrative continues.

Scenario No. 2: Missouri wins and stabilizes at 5-5. Now they not only have to win just one of the next two games (both of which they will be favored to win by double-digits), but they also have a chance to finish the season on a four-game win streak (Texas, Tech, Kansas, bowl) and go 8-5 in their quarterback's first year as starter, just like they did with Chase Daniel in 2006 (next two seasons: 22-6) and Blaine Gabbert (next season: 10-3).

An 8-5 record this season, with this schedule and these injuries, would be quite an accomplishment; and while things could certainly still fall apart, yesterday's win enabled Mizzou to think bigger. That's a very good thing.

From the Trib article below:

Meeting with reporters last week, Missouri offensive coordinator David Yost promised to unveil a new plan to cure the Tigers’ third-quarter struggles. MU had gone scoreless in the third quarter in all four of its conference losses.

"I won’t tell you what the plan is," Yost said, "but we have a plan for the third quarter."

Indeed they did. Taking over on the Texas 15-yard line on the second half’s second series, the Tigers went right into their hurry-up offense. Quarterback James Franklin operated exclusively out of empty backfield formations with five receivers split wide — but with a twist. Instead of fifth receiver Brandon Gerau, the Tigers kept tailback Henry Josey in the game. That way, receiver T.J. Moe later explained, the Tigers could put Josey in motion and try a running play depending on the defense’s alignment.

The Tigers picked up two first downs early in the drive, but the strategy stalled when Franklin was drilled by blitzing Vaccaro on a 20-yard completion to Kendial Lawrence. Lawrence fell to a knee and needed a few minutes to get up before heading to the sideline. Franklin said his head hit the turf and suffered a neck stinger that bothered him the rest of the game. Jimmy Costello replaced him for a play, but Franklin returned and played the rest of the game, completing only 4 of 9 passes for 26 yards.

After doing a wonderful job in the first half, Mizzou's offensive line got manhandled a bit by the UT defensive line as the game progressed. UT's goalline stand after the blocked punt that Mizzou recovered at about the one-inch line was the most stark example of this, obviously; but apparently there were other issues at play here. Franklin looked okay, but one can see how a neck stinger would affect one's ability to make reads, run, pass, and ... well, do everything but breathe, basically. Kudos to Franklin for sticking it out, but I guess it's a good thing Mizzou didn't need points.

Because of the injuries to Josey and Fozzy Whittaker, the atmosphere was more somber than one would have anticipated. Plus, this certainly wasn't a full-speed Texas team. Oh well. It was really nice for Gary Pinkel to get one last monkey off of his back, beating Mack Brown and Texas in his final opportunity to do so.

We could go into the symbolism of this win -- beating the 'Horns to finish off "F*** Texas" Week (after beginning it by moving to the SEC), etc. -- but really, it was just nice to win, period, no matter the opponent. That said ... it was a bit nicer beating the team whose beat writers include Chip Brown. From the Orangebloods article below:

Kenny Vaccaro was everywhere and should have been credited with the play of the game that might have helped turn the momentum when he rocked Mizzou's De'Vion Moore with a clean hit for a 3-yard loss on third-and-3 midway through the second quarter.

Instead, it was flagged for a personal foul for contact above the shoulders. Replays showed Vaccaro's helmet went into Moore's right shoulder. The next play, Mizzou's Kendial Lawrence ran 35 yards for a touchdown, and a 14-3 MU lead.

Look. If you want to complain about the rule, fine. I thought it was a dicey call when it happened, but while this was not a flagrant, intentional helmet-to-helmet hit, De'Vion Moore's right shoulder is not located inside his helmet. 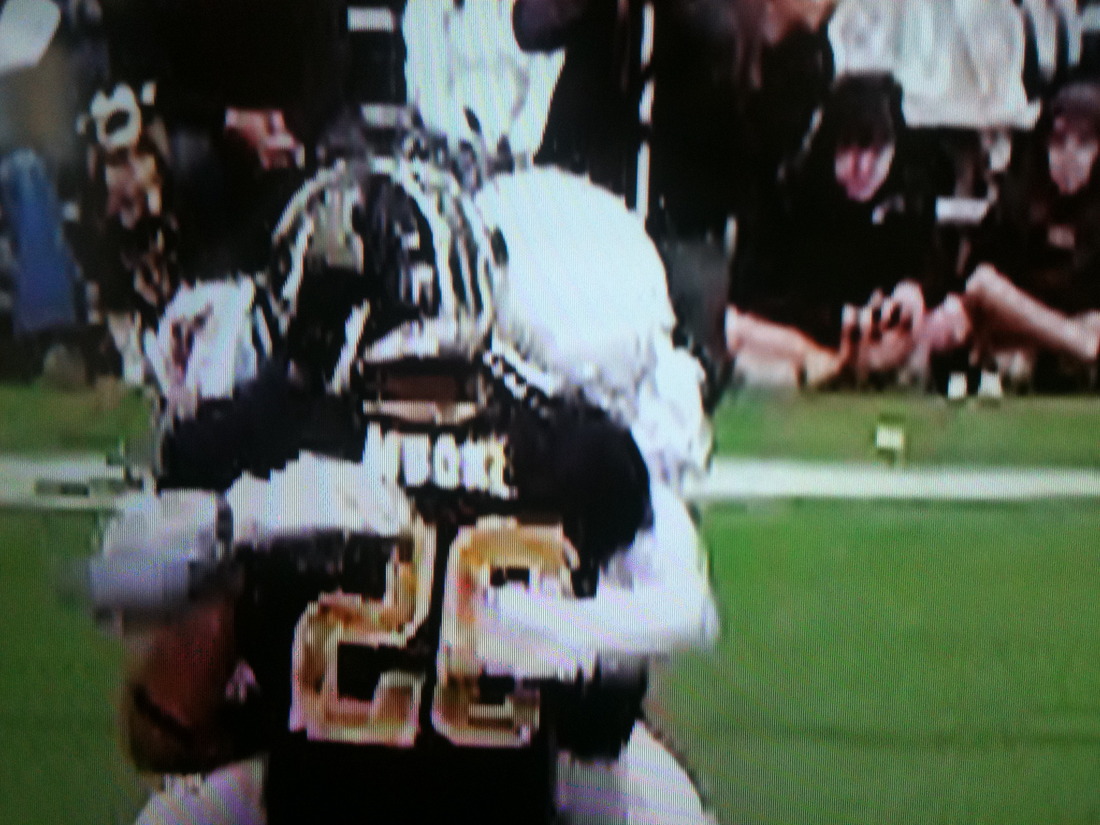 Again, complain about the rule if you want, but don't pretend as if there was no helmet-to-helmet contact. It was minimal (and it backed up my point that they should have a five-yard "incidental contact" penalty to go with the 15-yard personal foul), but it existed, and pretending it didn't makes you a ridiculous homer.

Missouri RB Henry Josey also left the game in the third quarter with a left knee injury and appears to be out for the rest of the season with a ruptured tendon, according to the Kansas City Star. Will Muschamp had complained about the turf at Mizzou two years ago. That turf will not be missed by the Big 12.

Yes, because this turf has a long history of causing knee injuries. Oh wait, what was that? It doesn't? You mean both injuries were almost certainly caused by coincidence and random circumstance and not some sadistic turf waiting to gobble up SEC ACLs too? And that it was raining a bit two years ago when Texas came to town? My bad.

(That goes for the Texas folks who complained to me about the turf on Twitter last night as well.)

(And for the record, the turf is getting a bit tired and is supposedly going to get refreshed a bit this offseason. But "tired turf" is not, to my knowledge, any more likely to cause the types of injuries we saw on Saturday. Otherwise there would have been quite a few of them this year, no?)