For the uninitiated, college football is getting more Twitter friendly this weekend. As shown in the picture above, Mississippi State is hashtagging its endzones for Saturday's game against Ole Miss. Per SBNation.com:

If you want to keep up, the best idea might be to follow along on Twitter. If only there were an easy way to organize the thoughts of various sports fans into HEY LOOK

How will the division formerly known as the Big 12 South follow suit? See after the jump. 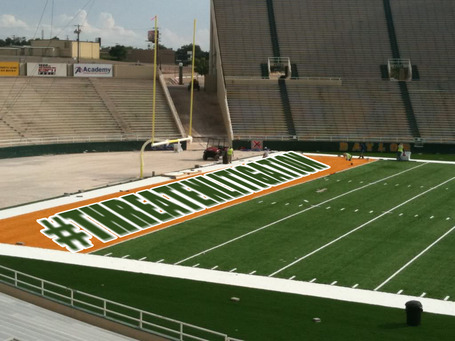 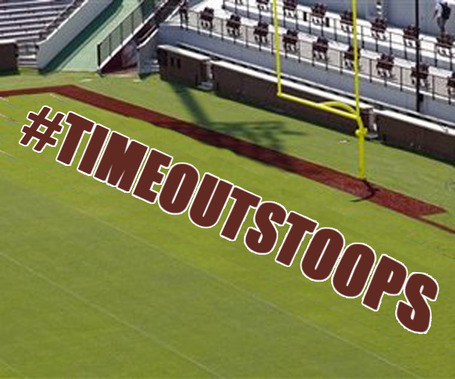 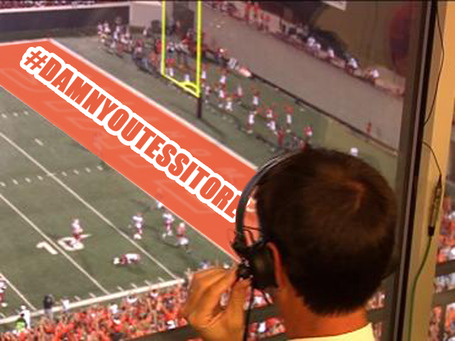 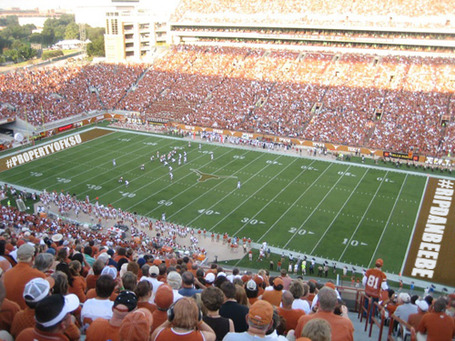 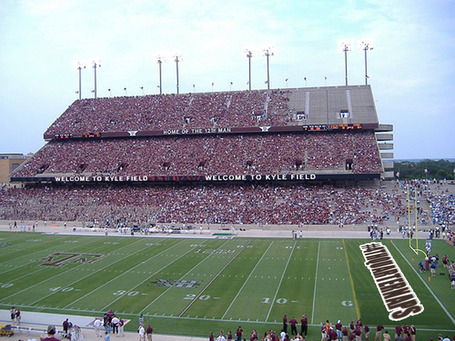 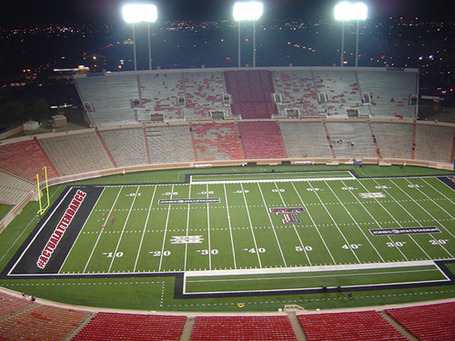 Have suggestions? Put them on Twitter using the tag #HashtagsForEndzones. Even better, Photoshop them yourself, starting with putting "ACLs Die Here" in the diamonds in Faurot Field's end zones.