Share All sharing options for: James Franklin's Resilience A Key To Mizzou's 2011 Success

The same thing happened to Franklin. Against the wind, he was throwing even dump-offs behind running backs and T.J. Moe, and his first interception was a bomb knocked down by an invisible hand. On his third interception, with the wind, he had Michael Egnew breaking free toward the corner, only he overcompensated and threw the ball far too lightly. (His second pick, as far as I could tell, was just a terrible read and a pass thrown into triple coverage.)

Kansas deserves credit for reading the ball, securing the picks and, in the case of Bradley McDougald on the third pick, making a lovely return for Kansas' only touchdown. Still, the announcer cliches were flowing freely and driving me crazy, suggesting that "effort" was responsible for KU's early lead, and that "relentless pressure" was causing the picks instead of just awful throws. There was no pressure that I can remember on the first pick, and only marginal pressure on the third. Crediting effort completely ignored the fact that Mizzou's defense allowed 60 yards and two first downs in the first half. Franklin had a horrible half, and the Kansas defensive line was indeed having a bit too much success against the Mizzou offensive line, but the advantage went to Mizzou in most of the other unit battles. 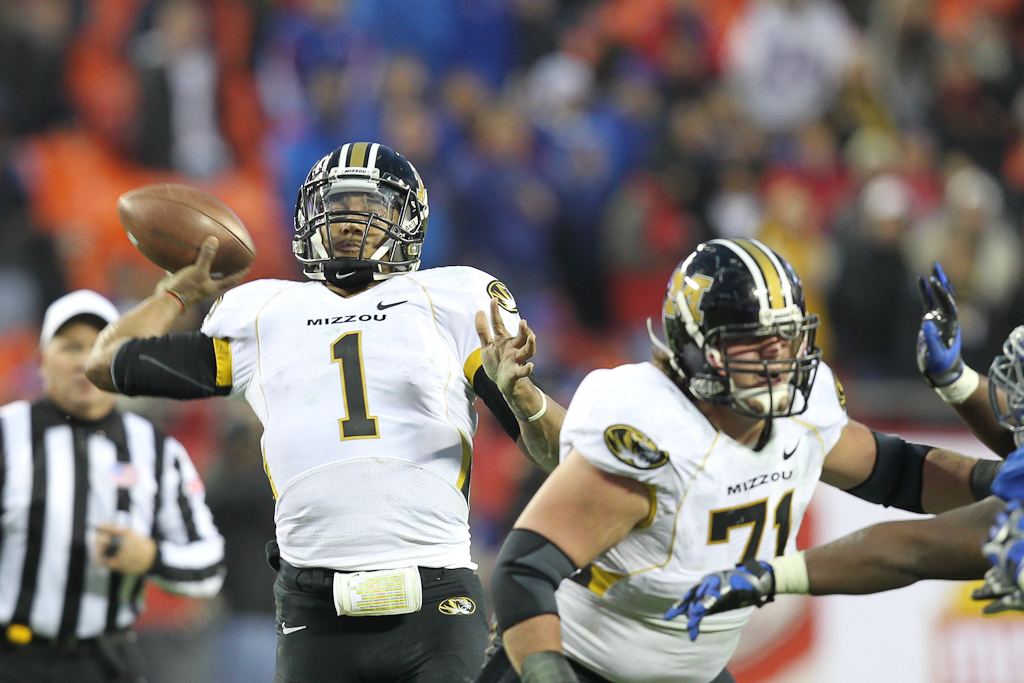 Credit goes to Franklin, then, for sucking it up in the second half and figuring out how to adjust. On Mizzou's second touchdown drive, he made a tough pass to Jerrell Jackson (one that had me holding my breath until it reached its target), then he made an absolutely gorgeous toss to Wes Kemp for the go-ahead touchdown. In the fourth quarter, he put the game away with one of his best long balls of the season, the 53-yarder to Marcus Lucas. (That was an absolutely perfect play-call, by the way -- it was the first play of the fourth quarter, and Mizzou immediately attempted to take advantage of once again having the wind at their back.)

The next step in Franklin's development is quite obvious: don't fall behind in the first place. Start more consistently, play with more early urgency, etc. Mizzou had lovely starts against teams like Oklahoma and Iowa State, but early lulls still hurt them quite a bit over the course of the 2011 season. Still, the poise and composure that potentially hurt Franklin's and Mizzou's cause early in games, usually bailed them out later on. The next two years are going to be a lot of fun. 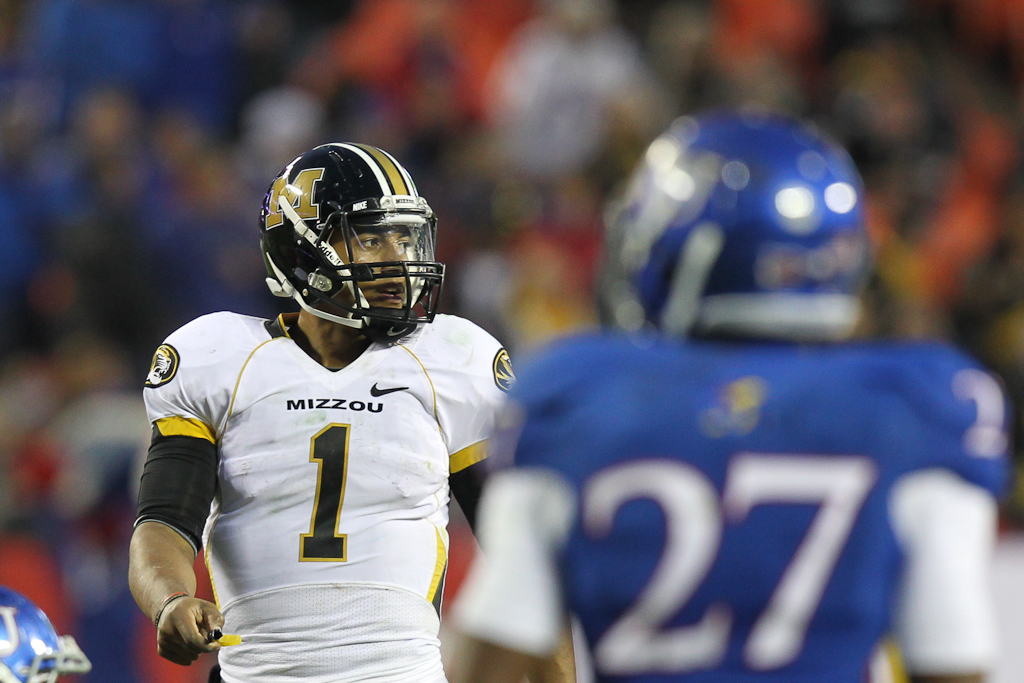