Share All sharing options for: Mizzou Beats Kansas: Beyond The Box Score

And we finally catch up to what I've normally finished by Tuesday...

Field Position: A Boring And Effective Way To Stay In A Game

When your offense isn't producing, you can still win games with defense and special teams; that's what Kansas attempted to do in the first half. They took a seven-point lead into halftime despite the fact that they had gained just 60 yards in the first half, and it was due mostly to the effect three interceptions had on field position. For every possession in the first half, Mizzou had to gain 17 yards just to match Kansas. Eventually, they were able to turn the tables, but with the field position game, it sometimes takes a while. 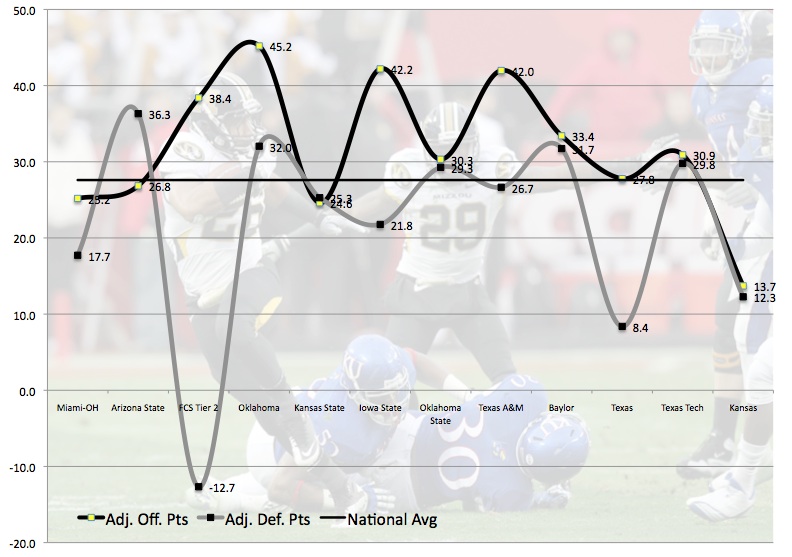 Mizzou made the plays to win, and they looked infinitely better in the second half, but make no mistake: that was the worst offensive performance of the season. James Franklin was adrift for a couple of quarters, and the offensive line allowed a poor Kansas line far too much push and penetration. Luckily, a) things indeed got better in the second half, and b) the numbers suggest this was also the third-best defensive performance of the season. They took a mediocre offense and made them look awful. 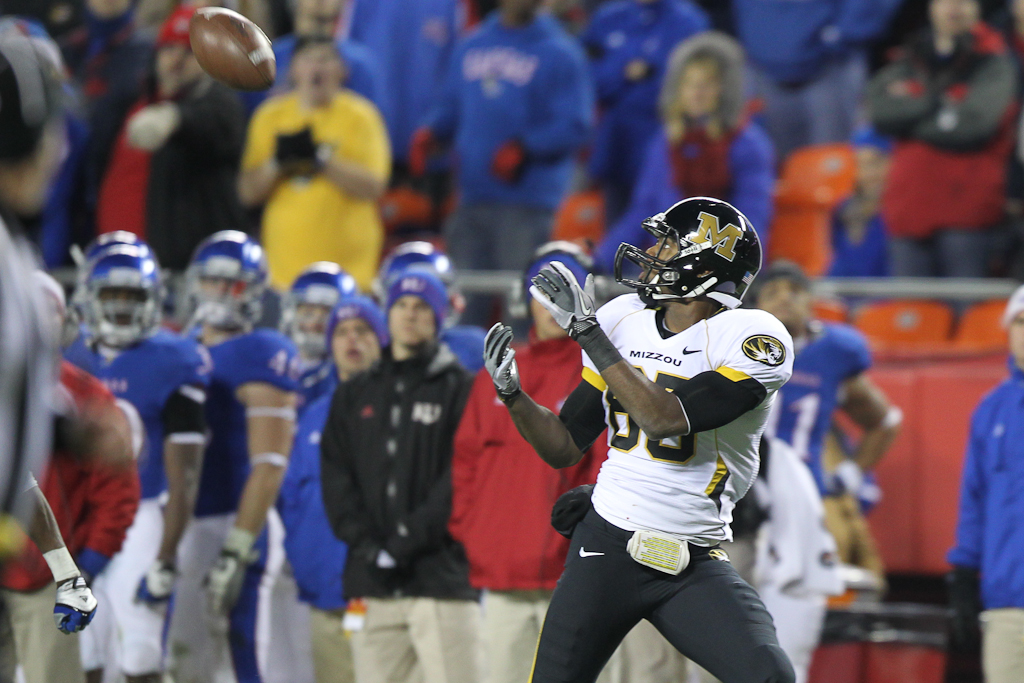 Poor Michael Egnew couldn't catch a break. The most poorly-thrown of James Franklin's three picks was directed at him, and two other passes targeting him were just too far off target. He almost made a tremendous catch of an endzone jump ball in the fourth quarter as well, but couldn't maintain possession amid four Kansas defenders. Take Egnew's stats out of the equation, however, and James Franklin was 12-for-17 (71%) for 163 yards (a robust 9.6 per pass).

The receivers really did all they could to help Franklin out amid the wind. Moe and Lawrence both made nice catches of off-target bubble screens, and Jerrell Jackson had perhaps his best game of the season, even if he was only targeted four times. L'Damian Washington wasn't targeted with a catchable pass (he was the intended recipient of Franklin's first pick, which was knocked down by the wind and came up about 20 yards short of Washington) but laid a killer block on a Kendial Lawrence run. Everybody contributed, and Mizzou eventually overcame the fact that they were struggling between the tackles. 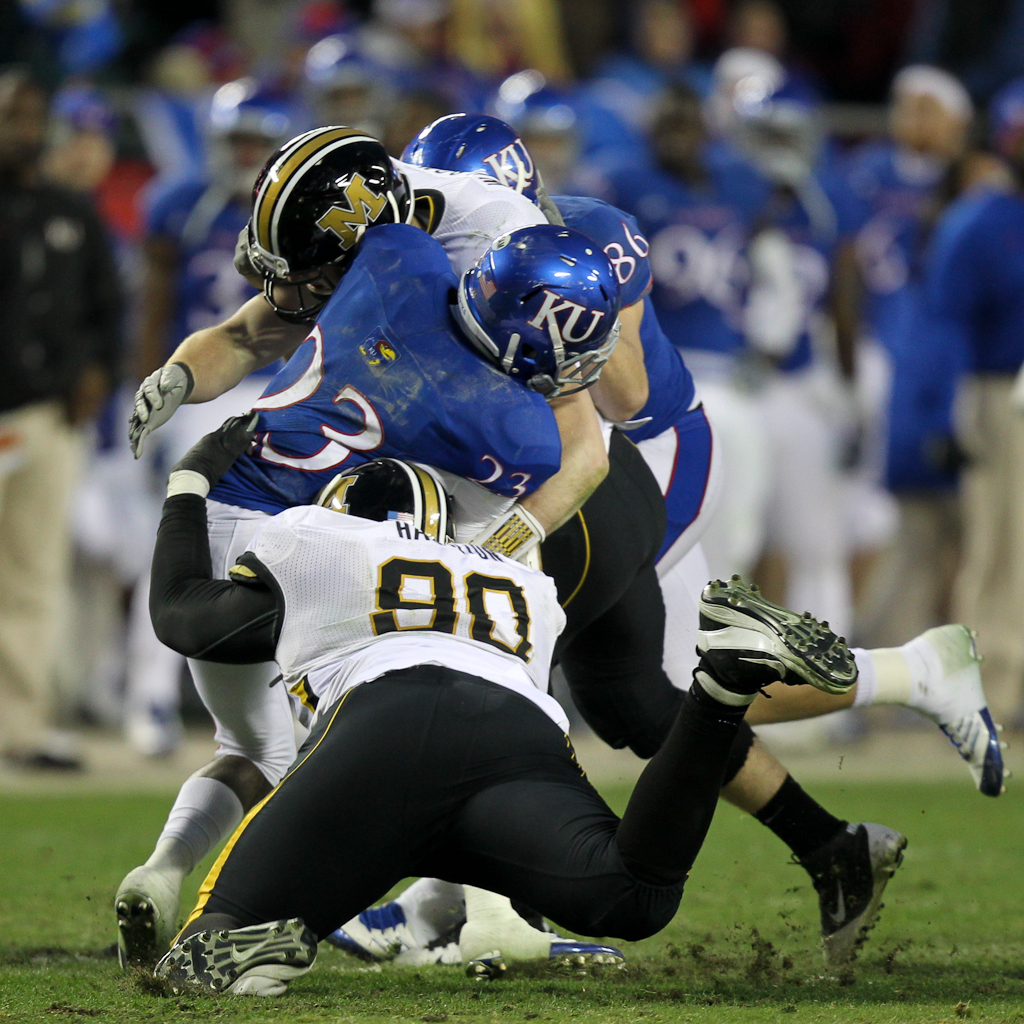 You can beat the Missouri secondary, but you need quite a bit of speed to do so. They are too physical to give up much to bigger, slower, more physical receivers. Kansas just had no chance.

Dumping off to running backs is supposed to be a bail-out, make-a-little-something-out-of-nothing option. For Kansas, it was actually a better option than attempting to throw to wide receivers.

There are two ways to look at the last couple of weeks: 1) Mizzou finished the season with two relatively lackluster performances. 2) Mizzou took care of business and won two games without their best player (Henry Josey). You probably know which approach I will take. The last two weeks hurt Mizzou's statistical ratings, but they set Mizzou up to potentially finish the season with an 8-5 record a four-game winning streak.

That, and ... of course ... scoreboard. Whether Mizzou won 14 or 140, they get to claim the series lead, and they get to keep the drum for a good, long time. Style points are awesome, but so is that.