Missouri is deep enough that a former All-American might struggle to find a regular position on the field. 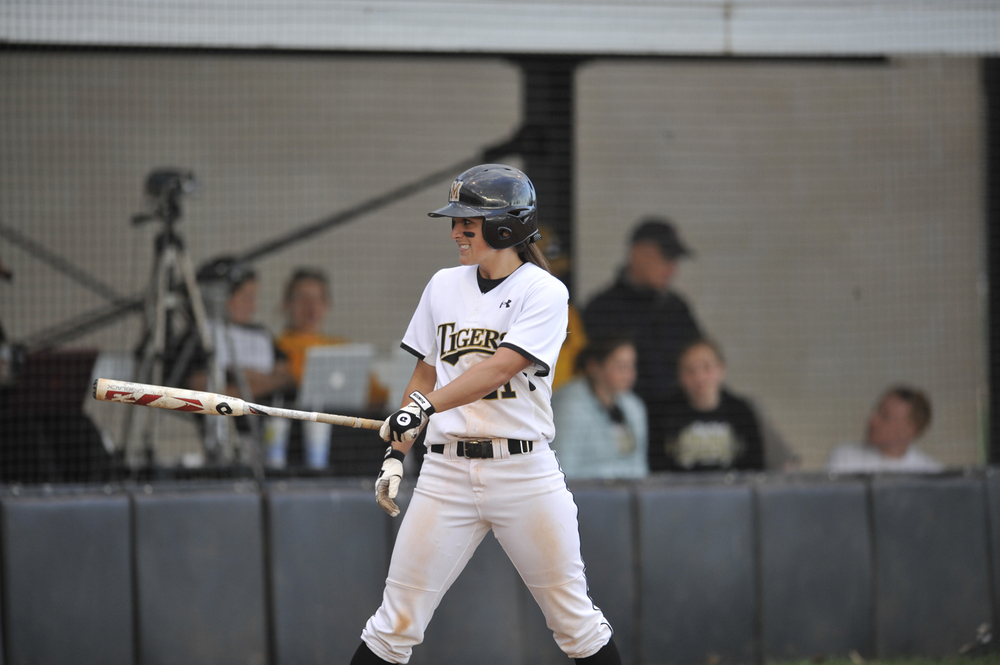 Hit a home run in three consecutive games from April 24-28, blasting a long ball in each game against Texas A&M and in the first game of the Iowa State doubleheader. Wrapped up the second game of the Western Illinois twin-bill with a 2-for-3 performance at the plate with a double and a home run while driving in four runs. Honors: First Team Academic All-Big 12, Second Team CoSIDA/ESPN the Magazine Academic All-District 7.

The Beef: I imagine you could poll Mizzou fans and most would not know or remember that Marla Schweisberger was a 2nd team ALL-AMERICAN back in 2009. Now a senior, she appears to be somewhat without a position, as Ashley Fleming appears to have taken the first base position Schweisberger where played quite a bit in 2009. Marla was tied for second on the team with homeruns last season with nine, and she remains one of the all-time top fielders in Mizzou history, so you know she is going to find a place on the field. We know that she can hit (.390 in 2009), slug and field, it may just be a matter of her getting back to her ways of two years ago when she took the league and the nation by storm. Should she make a return to those ways, it will make the Tigers all the tougher to beat.

Tepper's Unsubstantiated but Totally Factual Fun Fact: (Code Name: SCHWEISBERGER) Marla Schweisberger's last name can only be said loudly and angrily. She is also the unofficial softball player of Rock M Nation, because SCHWEISBERGER THAT'S WHY.