A southern accent and a sense for the moment.  Meet the Georgia State transfer who is a leader on the field and in the clubhouse. 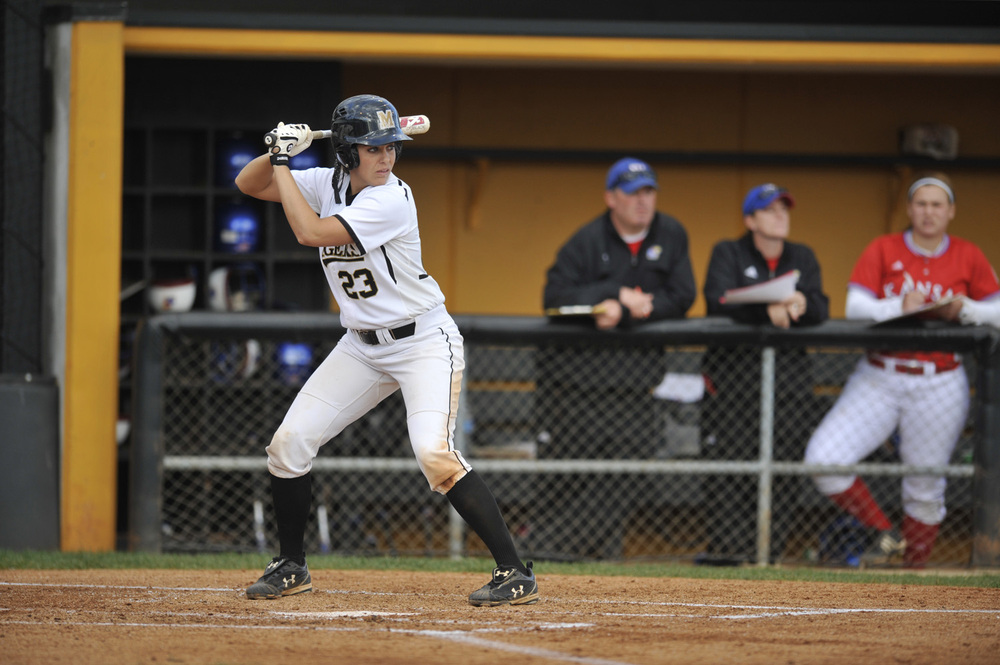 With the Tigers down 5-0 in the fourth in the conference opener vs. Oklahoma, Lee jumpstarted the offense with a three-run home run, propelling the Tigers to an 11-5 victory. From April 13-18, Lee hit .727 with two runs, seven RBI, three doubles, three walks and two stolen bases, earning her Big 12 Player of the Week honors. ... In the opening round of regional play against Creighton, she delivered the two-run walkoff double off of the center field wall, lifting Mizzou to a 3-2 win over the Bluejays in dramatic fashion.

The Beef: In her first full season after transferring from Georgia State, Catherine Lee showed some great glimpses of the offensive potential Coach E saw when he welcomed her to the club. But perhaps her biggest contribution came off the field, where she appeared to immediately become one of the team leaders. As one of the many seniors this year, Lee can succeed in 2011 with better consistency.  She ranked in the Big 12 top ten in home runs, slugging and walks, but she did not see as much time in the lineup as one might believe (only 37 at bats over the 18-game conference schedule).  If Lee can keep the batting average up and remain in the lineup, she should continue to provide not only great leadership, but also the stellar offensive numbers of which she appears to be capable.

Tepper's Unsubstantiated but Totally Factual Fun Fact: (Code Name: The Lynx [I'm not real sure why, but the lynx is a badass animal, so there]) Catherine Lee has a twin sister named Martha. No, seriously. She does. I know that sounds like a plot point in a horror movie for other Big XII softball teams, but it's true. Look it up.