She was an all-conference shortstop as a freshman, and she is one of the best female baseball players in the world.  Meet the Mizzou Softball player with the oddest, coolest resume on the team. 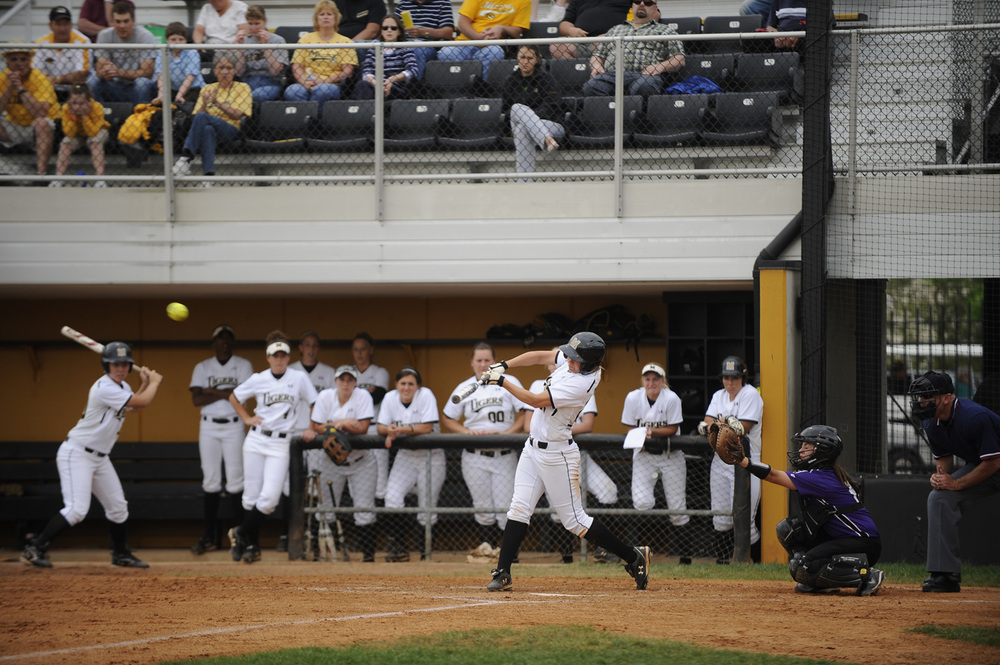 During the summer of 2010, Marston was selected to play for the USA National Women's Baseball Team, who competed in the IBAF Women's Baseball World Cup in Venezuela. Marston was selected to the All-Tournament Team after posting the second highest batting average during the tournament (.593) and leading all tournament competitors with 16 hits and eight doubles. She finished with 12 runs scored, seven runs batted in, was a perfect 3-for-3 on stolen bases, posted a team-best .636 on-base percentage and a slugging percentage of .889, second-highest on the team. Marston and Team USA beat Venezuela 15-5 to take home the bronze medal.

The Beef: As strange as this might sound, I really believe Jenna Marston may be the best athlete on the squad. Yes, over Rhea Taylor. As a freshman, Marston showed an amazing grasp of the game at the plate and was right behind Taylor in most offensive categories. Hitting .366 with a team-leading 16 doubles, Marston showed some flashes of power (five home runs), speed (15 stolen bases) and timing (52 RBIs, first on the team).  She led the conference with a .476 conference batting average, and she parlayed her first-team All-Big 12 season (again, as a freshman) into an appearance with the U.S. National Women’s Baseball team.  It quickly became very clear that she is one of the best female baseball players in the world. A nice freshman-to-sophomore jump for Marston would possibly put her in position to give Taylor a run for her money in terms of offensive MVP honors.  She will be the rock upon which this team will lean in the coming years with the graduation of so many seniors after the 2011 season.

Tepper's Unsubstantiated but Totally Factual Fun Fact: (Code Name: Doubles [but you can call her Dubs]) Jenna Marston is undecided on her major, but she is lobbying the university to create a School of Remorseless Fury.