The hero of the NCAA Regionals now goes back to likely being the No. 2 pitcher on her own team. 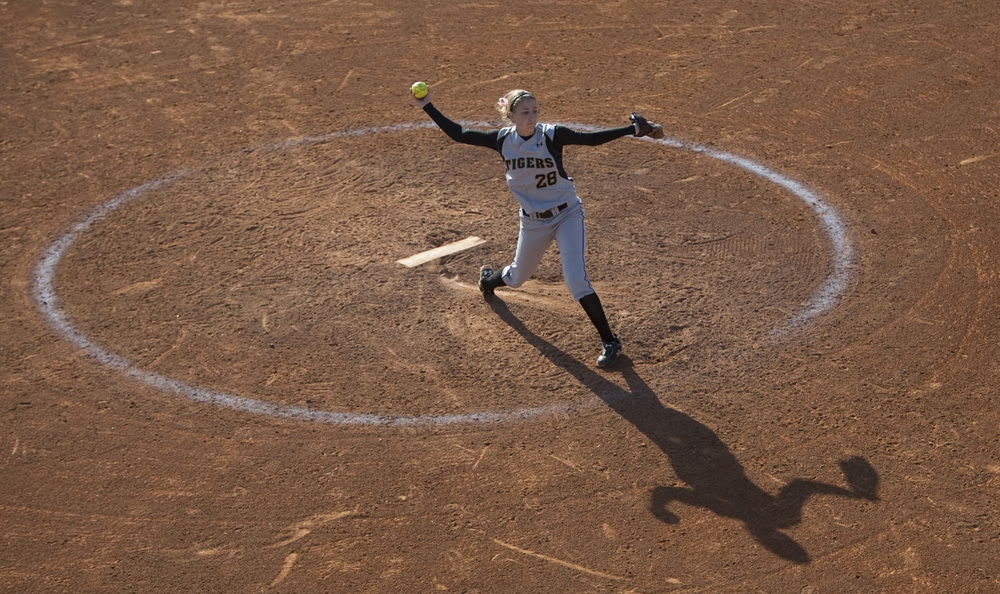 Went a perfect 3-0 at the NCAA Columbia Regional, throwing 17 innings while allowing only two earned runs and striking out 15. In her last 10 starts of the year, she threw a complete game eight times. In NCAA Tournament play, Nottlemann went 5-2 with a 1.47 ERA, while also notching 30 strikeouts and just seven walks. Honors: First Team Academic All-Big 12.

The Beef: Where would this team be without Kristin Nottelmann?  She stepped up her game when Chelsea Thomas got hurt in 2009, then she did so again in 2010.  She has put together a 35-11 career record as a third starter, a second starter, and an ace.  Whatever the team has needed from her, she has done.  Nottelmann blossomed throughout her first two seasons, improving to about six strikeouts per game in 2010, shutting opponents out eight times and allowing a batting average of just .210.  She is good enough to the be the No. 1 starter for probably all but the top teams in the country at this point, and she will likely be the No. 2 for Mizzou in 2011.  The next step in her development (in my mind) would be for her to become a little more overpowering (improving the strikeouts and bringing down the Batting Average Against even more) while also stretching out a bit and finishing more games.  Nottelmann did notch 16 complete games in 31 starts, but true aces in this league typically finish about 75 percent of their starts.  (Obviously she showed great potential in this department late last season, finishing eight of her final ten starts.)  If Nottelmann can eat up more innings, this could also keep Chelsea Thomas a bit fresher as the season goes along, saving her from having to close out some of Nottelmann's starts.

[NOTE: for more about Nottelmann's heroics -- and the stress she put on her arm in the process -- be sure to revisit our Fastest 40 Minutes podcast with Coach Ehren Earleywine from last June.]