If healthy for an entire season, she would be one of the best pitchers in the country.  Mizzou proved last year that their ceiling is quite high without Chelsea Thomas; with her, the ceiling is almost undefinable. 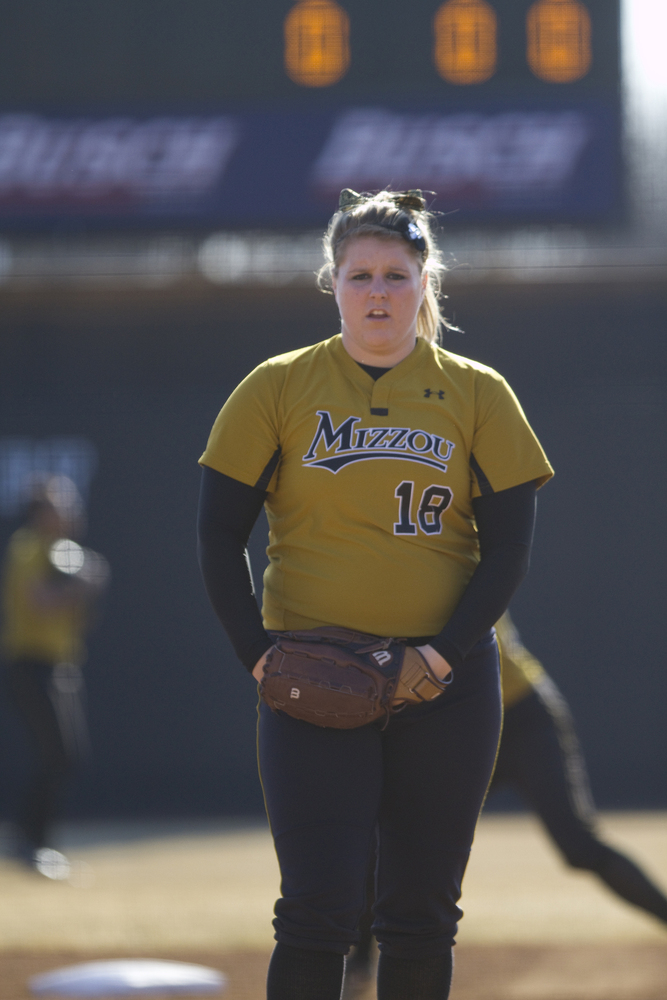 Went 12-1 on the year for a .923 winning percentage, the highest in a single season at Missouri. Opened the season with a dominating performance against No. 2 Alabama, throwing all seven innings, allowing just one run on two hits while striking out 11. Followed that up the next day with a five inning complete game shutout over the Crimson Tide, where she allowed only one walk and struck out 12. Thomas pitched all eight innings against Michigan at the NFCA Leadoff Classic, giving up one run on three hits with one walk and 11 strikeouts. ... Thomas struck out 123 batters in 77.1 innings, blowing away the number she put up last year. In 2009, Thomas struck out 116 batters in 148.2 innings. Received medical hardship waiver after suffering a stress fracture injury that put her out for the season. Honors: First Team Academic All-Big 12, Big 12 Pitcher of the Week, NFCA Leadoff Classic Most Valuable Pitcher, USA Softball College Player of the Year Top 50 Watch List.

The Beef: Is it possible to be critical about one of the top pitchers in the country? It is when you include the caveat, "when healthy." There is no doubting the tremendous power and talent of Iowa native Chelsea Thomas, which makes last year all the more frustrating. The season started with so much promise, as Thomas mowed down top-ranked opponents on her way to a 12-1 record and a batting average against of just .157. But like the season before, Thomas would miss extensive time with injury, so extensive that she was able to receive a medical redshirt. This means, amazingly, that Thomas is now still just a sophomore. The success of the Tigers rests with Thomas almost more than any other player. Without her, the Tigers showed they still have what it takes to make the WCWS. With Thomas healthy and fresh for the first time come May/June, the ceiling for this squad gets even higher. The word is that she is in the best shape of her career; if all the pitches are working, and the body can withstand the tremendous stress she puts on it with her power, the Tigers should not only expect to get back to Oklahoma City for a third straight year, but they should expect to be around for more than two games.

Tepper's Unsubstantiated but Totally Factual Fun Fact: (Code Name: Aw, That Was a Cute Attempt) Chelsea Thomas' parents are Bruce Banner and a cannon. Figure that one out.

[You thought we were going to pass up another opportunity to post this?  Are you crazy?]