Everybody say hi to SleepyFloyd7! He's here to make sure somebody has something interesting to say in these things for once ... no pressure, Sleepy!

1 - Let's say you went to the Big 12 Tournament Bracket Generator and made your picks for the rest of the Big 12 season. Where did Mizzou finish in your projections, and who finish No. 1 through No. 4?

2 - What is the WORST Missouri can finish the regular season, and still make the NCAA Tournament?

4 - Is it ever acceptable to be fed popcorn at a sporting event?

2 - 9-7 like I had above has us going 5-2 coming down the stretch (losing to BU and kU).  I think we could probably lose one more, but then you get into needing to win a game perhaps in the Big XII.  I have not paid much attention to our RPI and other such things, but I imagine we are not getting helped as much as we thought we might by Illinois, Vandy and kSU given where they were at the start of the year or when we played them.

3 - I always loved the guys at the end, but that is probably a lame answer.  Honeydew and Beaker were good too.

4 - I am going to say if it is by a hot woman (and I am not judging the hot woman in question)…I say yes and haters gonna hate.

Bill C.: 1. I surprised myself by having Mizzou 10-6 and finishing third.  I figure 9-7 is the most likely, and 10-6 is only slightly more likely than 8-8, but hey...who am I to complain?  I had Texas losing but still finishing first, then Kansas, then apparently Missouri, Baylor and ATM rounding out the top five.  And I too had Iowa State falling apart and finishing 12th.  Somehow Oklahoma is in position to not only go negative-1 and 17 like I, um, predicted, but they're a possible 6- or 7-seed, which is crazy.

2. I still think they're in at 8-8.  With three extra bubble slots and a weakish set of mid-majors (and an improved Big 12), I think 8-8 gets Missouri in, albeit in the 8-11 seed range, which would obviously be very disappointing.  Not knowing who is going to show up in a given road game has really hurt this team, though so has catching teams at the wrong time.  I'd much rather play at College Station and Boulder now than a month ago, and I'd much rather have played Baylor a month ago rather than a couple of week from now.

So ends the pity party.

3. Animal, Beaker, Swedish Chef, Statler and Waldorf, in that order.

Doug: 1 - I wound up with A&M and Baylor getting back on track a little bit and edging the Tigers down to the 5th seed in the conference tournament. But, I think we can all agree the top two seeds are pretty much solidified, and it's the middle of the conference pack that still has a lot of shaking out to do before we get to the Sprint Center.

2 - Even with a losing record in conference play, Missouri, overall, still has a .75 winning percentage for the season, and is only two away from the magical 20 wins. A final record of 8 and 8 in conference puts the Tigers at 22 and 9 before the Big 12 tournament, and I would readily expect the Tigers to win at least one more game in Kansas City. You might be able to see a scenario where a losing Big 12 record of 7-9, plus two wins in KC, punches the Tigers' ticket. But, finish at 6 and 10, or lower, and MU will have to win 4 games in 4 days to head to the tournament.

4 - I guess if it were ME being fed popcorn by Cameron Diaz, then yes. However, since A-Rod makes, I dunno, approximately 300 million times what I make, he can feed his own damn self popcorn. Unless he's worried about pulling a hammy.

Michael Atchison: Hello, Spencer.  Welcome to the internet.  It’s like radio without ads for overnight stays at clinical research facilities.

1.  On the generator, my top four were Texas-Kansas-Missouri-Baylor.  Baylor tied with A&M and Oklahoma State at 8-8, and got the bye through a tiebreaker.  Can an 8-8 team really finish fourth in this league?  Yes, I think it’s possible.  My heart may have put the Tigers into third, but the worst of the schedule is behind them, and it looks like K-State may be in full-on implosion mode (which is going to make my story in the new Basketball Times seem, well, kind of stupid).

2.  Practically, I think the worst they can finish and make it is 8-8, though I’m sure we could come up with a scenario that puts them in at 7-9.  There are a lot of mediocre teams fighting it out for spots at the end.  Note to Illinois: You’re not helping.

ZouDave: I am sitting on an access road trying to get on I-35.  My car has not moved in literally 10 minutes.  I am close to getting out and walking, despite being 12 miles from work and my car's thermometer reads 6 degrees.

I am not pleased.

Bill C.: Yeah, it took me 3x longer than normal to get to work in Como because there was basically a dusting on the road...an inch at most....

Doug: I've taken my last 4 showers by heating water on the stove and enjoying a refreshing sponge bath.

At least you live in areas where people are used to cold weather.  It gets down to 30 in Albuquerque, residents have a nervous breakdown.  Single digits is a sure sign of the apocalypse.

The Beef: Why lord?  Why are we now talking about Doug getting a sponge bath?

Also, I'd point out, that Bill's big pinch hitter for this week's Round Table isn't exactly stepping to the plate so far.

The Beef: Seriously…that decision was as bad of a swing and a miss as Sleepy had against Chelsea Thomas

SleepyFloyd7: Zing! Sorry for the delay in getting my answers in, but I was kept over after an overnight stay at a research facility.

Thanks for having me on, boys.

1. I ran the numbers and had Texas winning out, KU winning out (hedging my bets for March 5), and A&M and Mizzou tied at 10-6 (MU the 4 seed due to the tiebreaker).I think it's going to take some better basketball for the Tigers to get that 1st-day bye - particularly on the road - have to win 2 of the 3 remaining (ISU, KSU, NU). Win all 3, and you can afford to drop the game to the Beakers at the end.

2. If the road woes continue (lose 2 of 3), and the Beakers blow the doors off at the end, that still puts them at 8-8. Tigers would be squarely on the bubble. They would need to win at least 1 in KC to get into the dance.

3. While I have always had an affinity for Animal, Dr. Teeth, Gonzo, Statler and Waldorf, 2 characters have proven to have a lasting impact on me: 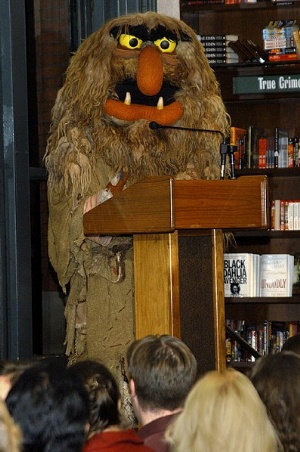 4. Hell Yes. Feed me that popcorn. The only problem I have with this whole kerfuffle is that A-Rod reportedly flipped out and had one of his goons go to the Fox/NFL people to make sure he wasn't shown on TV again. That's more of a laughable move than enjoying a $15 box of popcorn at Cowboys Stadium with a terrible actress.

Now excuse me, I have to go do an interview with Brad Smith for the show this afternoon to talk about his induction into the Mizzou HOF.

/name droppin' on my inaugural RT!

The Beef: /waiting for Bill C. to drop similar names….

Doug: That would require Bill replying to the emails.

The Beef: As soon as I hit send, I realized the error in my plan….

ZouDave: I'm at work and can now take your questions.

First, Hi Spencer!  I can't prove you exist yet since you've said nothing in your first roundtable.  You fit right in;  you're already acting like Bill C., ght or RPT.

4 - Unless the sporting even is an old-school gladiator event in a colliseum and you're being fed popcorn by members of your harem, no.

ZouDave: Meet the new group, same as the old group.

SleepyFloyd7: As a continuation of my #4 point, Popcorn is fine. Things that are not fine: sausages of any kind, mashed potatoes, a burrito, soup.

By the way, the Brad Smith int was fantastic. We're playing it at 5p tonight.

And I assure you that it is not my intent to shill for my dinky little radio show every week on this thing.

ghtd36: THE WIND CHILL IN DALLAS IS NEGATIVE 8.

WHY HAVE YOU FORSAKEN ME, OH LORD?

SleepyFloyd7: Jerry Jones and his brood of Neromongers have broken the 6th of 7 seals. Flee to Fort Worth!

ZouDave: We're up to a sweltering -2 wind chill in KC.  It was -10 when I took the trash out last night in shorts and a t-shirt.  I almost died.

The Beef: So cold your caps lock froze?

ghtd36: I'M SHOUTING SO GOD CAN HEAR ME.

SleepyFloyd7: Jerruh probably has the roof closed. Or maybe God closed it so he wouldn't have to hear Fergie screech through Sweet Child of Mine.

ghtd36: Enough of this cold weather. Seriously. Dallas has a Super Bowl -- the first time Dallas has been the center of anything since the television show or, depending on your opinion of the show, a certain November date in 1963 -- and we have the worst weather in 40 years. Winter can suck it.

Help us, Ehren Earleywine. You're our only hope.

ghtd36: When I run for Senate, my three-pronged platform will be simple:

SleepyFloyd7: Senator Tepper? I hope there is some tasty pork for your old friends...

ZouDave: nothing about domes or the Designated Hitter?

ghtd36: Those are second-term goals, ZD. You've got to play the game, and as a great man once said, "the game is the game."

Doug: I'm assuming there will be a proviso for "invitation to a fist bump with an expectation for 'blowing it up'" exception?

ghtd36: First, we would need a Congressional hearing aimed at establishing the difference between a fist bump and a fist pump.

SleepyFloyd7: I'm a hard-liner when it comes to fist pumps and fist bumps. Pretty much anything that has to do with fists.

Doug: I'll just let that one sail on by.

ghtd36: That fist comment is just hanging out there, meandering in slow motion toward the basket, begging for someone to give it the Laurence Bowers treatment. 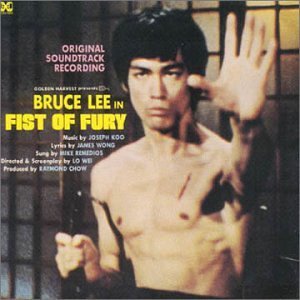 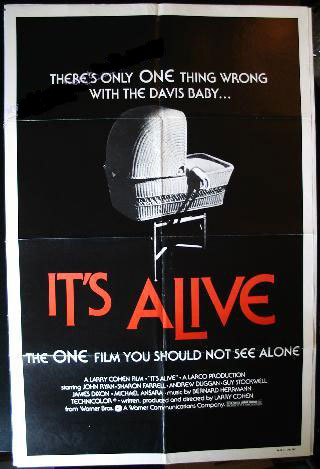 Michael Atchison: Late back to the party here.

First, against my own better judgment, I’m endorsing Tepper’s candidacy, though I will correct him about one thing.  Dallas was the center of the universe on January 1, 2008.

Third, imagine a pick-up game.  One team is Denis Clemente, Curtis Kelly, Wally Judge, Freddy Asprilla and Dominique Sutton.  The other is any five guys (except Kelly) on K-State’s current roster.  Who wins?

SleepyFloyd7: Which team is Frank coaching? I'll take the other one.

SleepyFloyd7: BTW - there is a new Between 2 Ferns

[Sleepy emails in the embed code as well. The Beef's e-mail reacts with something resembling fear and disdain.]

ghtd36: And it wasn't his hip while swinging at a Chelsea Thomas pitch!

/hey-o!
/welcome to the Roundtable, Spencer

ghtd36: I hereby propose that should Missouri beat Oklahoma on Saturday, we change the name of the Roundtable, for one week, to the Taco Party. 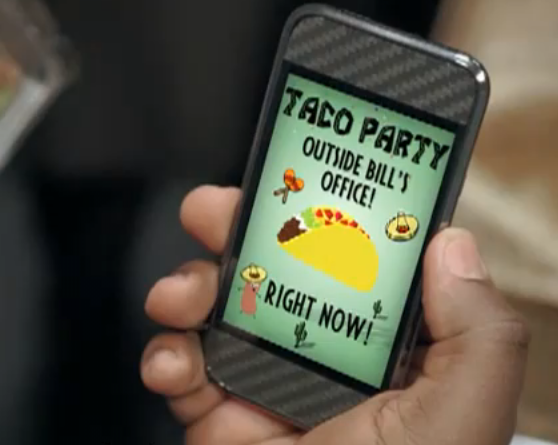 Doug: We'll just have to decide who "Eric" is.  I vote Seth.

ghtd36: Speaking of juice boxes, are you guys aware that Ecto Cooler was discontinued?

The Beef: Speaking of discontinued, cassette decks no longer come in automobiles.   The last new car to be built with a cassette deck?

ghtd36: Damn it! How will I listen to the critically acclaimed album of a generation? 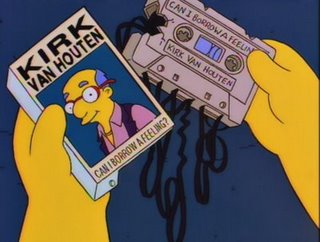 ZouDave: "Maybe single people eat crackers, we don't know.  Frankly, we don't want to know.  It's a market we can do without."

SleepyFloyd7: CAN SOMEONE PLEASE DESIGN A POLAR BEAR TREAT THAT DOESN'T EXPLODE UPON OPENING??????!!!??? 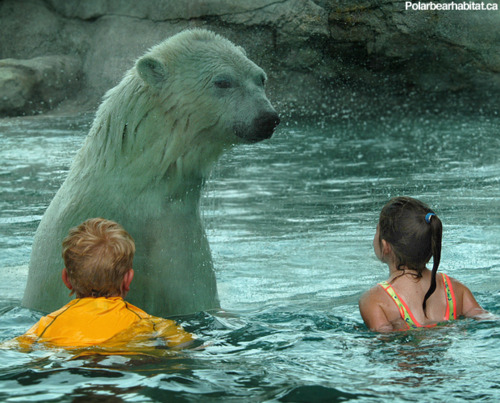