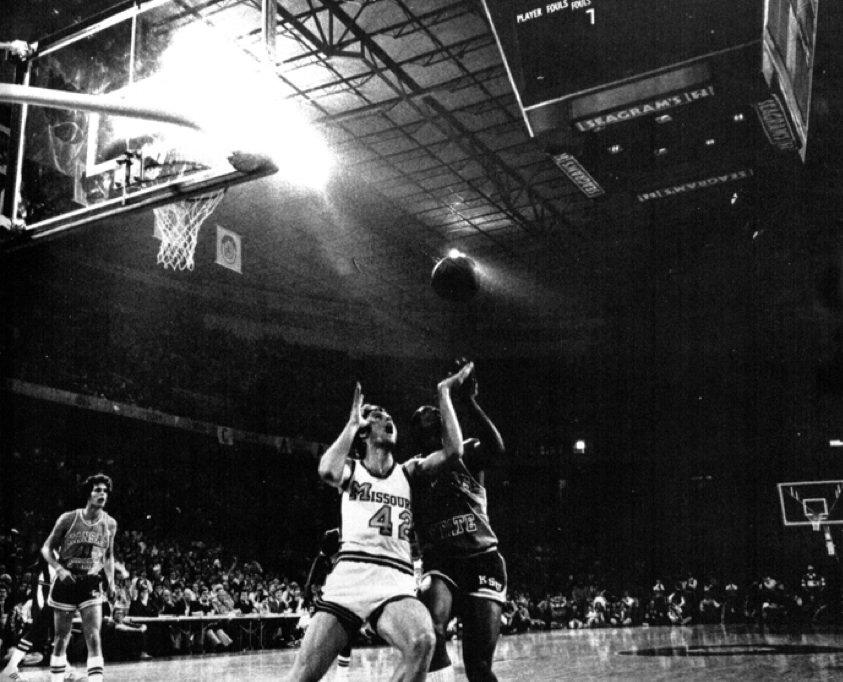 [From Bill C.: I was weighing whether to write this or not, but then Andy did for me, so ... hooray! Promoted to the front page.]

It's inevitable - every time the Missouri job comes up, Kim Anderson's name becomes a rallying cry for those who want to get in touch with the glory days of Norm.  I'm not saying this is a bad thing.  Heck, it might be possible that he'd be a great coach at the D1 level.  Even though it's unlikely that Mizzou would ever hire someone directly from D2 without some low D1 experience, I want to take a look, in the same type of format that we're looking at for the other candidates.

Accomplishments: In 9 years at CMSU/UCM, Anderson has lead the Mules to 3 Regular Season MIAA Championships (1 outright, 2 shared) and 3 MIAA Tourney Championships.  The mules have gone to the NCAA D-II Tournament 5 times, advancing to the Final Four twice (and one additional Sweet 16 appearance). Before his arrival, the Mules had advanced to the NCAA D-II Tourney only 8 times since their 1984 National Championship, and had not won the MIAA since the 1984 season.

Ties to the Midwest: From Sedalia, played college ball for Mizzou, and has spent all but 6 years of his coaching career in the state of Missouri, the other 6 years was at a future Big 12 school.

Ties to Missouri: See above.

Does he see this as a destination job?: I'd bet your life on it.  I can think of two explanations for why he's still at UCM after the success he's had.  1. No one at the D1 level is willing to take a chance on a first-time D1 coach in his mid-50s.   2. He's not willing to leave Missouri.

Can he recruit?: That's really tough to answer for a D-II guy, but let's look at the roster.  Of the 15 players on UCM's roster, 12 of them are transfers from other schools (7 of those from JUCOs.)  The other 3 players are from Ozark, Knob Knoster and Warrensburg.  Take that for what it's worth, but it's pretty common in the MIAA to have a lot of JUCO students - Anderson appears to rely on it slightly more than his counterparts, which may be a red flag - or maybe he's doing what is necessary to be successful.

This Year's Recruits:  I'm just gonna skip this, because it's unlikely that a player who is going to UCM would warrant a scholarship at Mizzou.

KENPOM doesn't track D2, but we can still look at KenPom's Four Factors (since Posessions are a little difficult to track, let's look at BCI instead of TO%

I included his best team for an idea at what his ideal splits would be.

Obviously, the shooting% is really low, but it's a D2 team.  Obviously, they don't rack up impressive BCI numbers (relative to what Mike Anderson's teams were capable of).  They rebound pretty well (their numbers would put them in top-50 of D1 on both offense and defense).  They're average at drawing fouls (compared to D1 - 150 to 300 range), but fantastic at avoiding fouls (27.3% is top-15 Defensive FTR in D1).

Would he come here?: Again, I would bet your life on it.  His salary in 2002 when he started at UCM was $95K, so he'd be an inexpensive option that would get rewarded AFTER he earned it, rather than because of potential.

Thoughts:  Sounds like a Norm Stewart team that relies on JUCO kids rather than players from Detroit.  Look, it's not gonna happen.  No way in hell is it going to happen.  A coach simply does not go from D2 directly to a Big-6 conference job.  Not saying he would be a terrible game-day coach, but the risk that would be undertaken from a recruiting standpoint could bury Missouri at the bottom of the conference for years.