The Rafters, Class of 2011: Norm Stewart

Share All sharing options for: The Rafters, Class of 2011: Norm Stewart 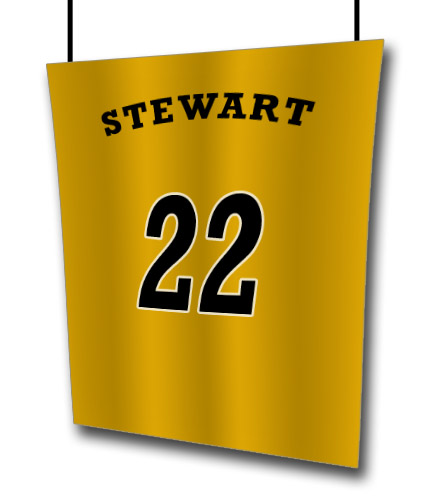 Michael Atchison: To you, Norm Stewart represents history. But in 1953, he was The Future, the moment when Missouri basketball went from rabbit-eared black and white to 3D Technicolor in Dolby Surround. The moment that strict definitions were abandoned. Words like big and small, guard and center lost their relevance. When the kid from Shelbyville hit the floor, there was a ball, a basket and endless possibility.

Before Oscar Robertson, before Magic Johnson, there was Norm, the best scorer, best passer, best rebounder, best ballhandler around. A 6’5” guard in an era of 6’4” centers, Norm Stewart still ranks in Mizzou’s all-time top ten in scoring and rebounding average, and if assists had been officially kept at the time, he might rank there, too. Twice he led the Tigers to within a whisker of a conference title, smack in the middle of an otherwise fallow three decades of Missouri hoops.

In the real world, Norm Stewart’s number hangs over Norm Stewart Court. In our virtual world, today we are proud to hang Norm’s number in the Rock M Nation rafters in the pre-Norm era. Normniscient, normnipresent, normnipotent. Soon, we’re sure, we’ll honor Norm in the post-Norm era, too. Truly, a man for all time.